Ahead of the “Peek Performance” event tomorrow I’ve been thinking about what hardware they might announce that I’d want to buy. My assumption for a while now has been that if they announced the big iMac I’d jump on it, but I wasn’t really interested in any of the other rumored products. A couple of last-minute rumors have me rethinking that:

First, rumors about what won’t be announced tomorrow. Ming-Chi Kuo is saying the “iMac Pro” won’t come out until 2023. This has me wondering whether there won’t be any big iMac in 2022 or if we’ll get a non-Pro big iMac this year and a separate iMac Pro in 2023? (Thinking apple might do M1 Pro/Max in the non-Pro and the rumored dual/quad version in the iMac Pro).

Second, there are rumblings that Apple may introduce the long-awaited display. Gurman “wouldn’t rule out” seeing the new display tomorrow.

The third, longer-running rumor that’s affecting my thinking is the long-awaited high-end Mac mini with the M1 Pro/Max.

I’d been assuming that the new big iMac would either precede the new display or they’d be launched at the same time. I hadn’t really considered what I’d do if we get the new display first. Given that we may be waiting until next year for the big iMac, would I want to jump on an M1 Max Mac mini and an Apple external display?

Any other Mac Power Users considering this desktop dillemma?

However, due to the pandemic, I have been working fully from home (for about 2 years) and will continue to do so partially, now that things get more relaxed. This means I will still need a good monitor for my company’s MacBook Pro (and I expect that new iMac’s will still not be usable as external screen).

So a good external Apple screen with a beefy Mac mini (or personal MacBook Pro) is actually a serious option for me.

If they announce this monitor, I will place an order the very second the Apple Store is up. If it costs less than an XDR, price is basically immaterial to me. That’s how bad I want it. (Edited to add this: do we really think this monitor is coming? I’ve been let down so many times that I find it hard to believe.)

Which means Apple has won the Logic War and I am now a sucker.

Until Apple says otherwise, I still believe they’ll finish the desktop transition this year — or at the very least, show off what they’re working on. Those machines sell in smaller quantities; it’s hard to imagine chip fabrication is going to be a massive problem.

Right now I have a base model M1 Mac mini. I have a couple SSD’s hung off the back for storage and other than that if I’m honest with myself it MORE than meets my needs. My display is a super cheap dell I bought on sale at Costco.

But, I’m interested in an updated Mac mini. I’m also interested in an apple display (not the XDR). I’m not sure I can justify both the Mac and display at the same time. But I’m open to seeing what they have. If they come out with a display that’s 1500 or less I’ll strongly consider that and hold off on the Mac itself. There is a scenario where the m1 iMac that’s out would be perfect for me, but I like the idea of being modular and being able to update the mini without doing the entire display.

I realized, Chris, that in my excitement about the potential monitor I didn’t directly answer your question. Given the power of the M1 Max in a 16" laptop, I struggle to see who a similarly-powered Mac Min-style machine isn’t enough for. I like my iMac Pro a lot; it’s a fantastic computer. But having the screen and the computer in the same machine remains a liability.

If you don’t need the extra power and the scenario comes to pass where you get an M1 Max in a small cube on a desktop, and you prefer a desktop to a laptop, it seems like a no-brainer to me.

This is something I have been deliberating for some time (https://talk.macpowerusers.com/t/mac-upgrade-path-confusion/27661).

I was/am expecting I’ll go with a replacement large iMac - But if they launch a display tomorrow I will very likely go with that in combination with either a higher spec Mac mini or a MacBook pro.

I am more than a little sceptical though since if the iMac is delayed due to the panel wouldn’t it be odd that they can release a display. Why wouldn’t they use those panels in an iMac unless the iMac would have a higher spec panel, in which case would the standalone display be desirable?

One plus with a display is that you could presumably use multiple displays together which is an interesting thought (I use a dual screen setup now).

I seriously cannot wait for tomorrow. I just hope that, desperate as I am, there is a week or so to weigh up the options armed with the full knowledge of what is avaiable.

Also I am hopeful that we may see a Mac Mini Pro version tomorrow. That with any good 4k monitor would be great for my needs.

it’s hard to imagine chip fabrication is going to be a massive problem.

I’m sure Apple has tied up as much fab capacity as possible, but things are still tight and will be for the foreseeable future. And if they have to chose between making chips for the iPhone and anything else . . .

We can hope chip fabrication isn’t going to be a problem.

We’re looking at a Mx Mac mini beefed up. I have virtually no interest in “beautiful” Mini LED screens we need the expanse of displays. I’m glad Apple has a solution (headless) because today not every “Pro” is going to be ok looking at a 27" diagonal display. I’m seeing more and more people putting 43 and 48" OLED on their walls and I understand why

I think Apple will have their bases covered here save for those wanting the new beefy Mx 27" iMac.

Maybe Al will sell you his old monitors. 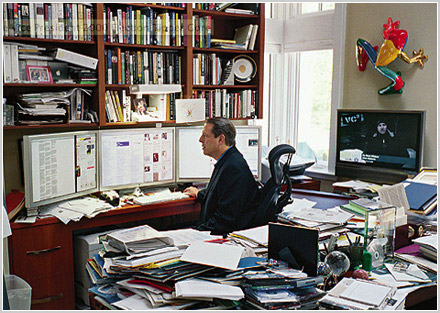 Talk about being overtaken by events. My iMac died yesterday, so at this point, I’ll probably buy any M1 Pro/Max powered desktop Apple announces at this event.

I have used an iMac for 15+ years (I can never remember the exact date/model) until December of last year. I switched to an M1 MBP with an LG Ultrafine. I don’t really like using a laptop as a desktop machine, and I don’t love the Ultrafine. As much as I love iMacs, replacing the monitor every time I replace the computer is a waste. I am all on on a good Mini/Studio Mac if they release an iMac quality monitor today.

Your wallet just got lighter… it appears that a 27” iMac is not in the future anymore.

@MacSparky just bought 2 displays since portrait mode is a thing again at Apple!

I still have the LG and cancelled my order for the studio display. It’s just not a big enough jump.