Stephen and David are joined by HomeKit expert Shane Whatley to talk about the apps, products and automations that can be used together to make any home smarter. With HomeKit, anyone can scale from a single smart bulb to a house full of technology.

I got a lot of ideas and info from this one

Fantastic YouTube channel. I’ve gone all in on Meross and Aqara because of Shane. #awesome

I bought a half dozen aqara devices over the last few months (mostly by listening to Ms. Orchard). I’m quite happy with them.

Years ago I put in a Vera+ controller (hub) and installed a few z-switches I think something by GE. Mostly for outside lighting to turn on remotely in backyard when coming in after dark on the lake. Recently I’ve added some new still all using HomeKit enabled products including the Meross garage door opener. Now I’m trying to decide the best way to incorporate those old switches on the Vera hub to HomeKit and wondering if the Hoobs will do the trick? It’s probably a tossup between what the Hoob cost and what it would be to replace the switches with Apple HomeKit ones. Although I would like to add my ring doorbell and Roomba too and possibly my alarm system that runs with TotalConnect now.

So my question with Homekit is around smart switches. How easy is it to replace old/standard light switches?

Is it something that is easy to do or do I need to get an electrician around to do it properly?

I just feel at the moment, that while I really like the automations I have running at the moment, I’m unlikely to get buy in from the rest of family while it’s just so much easier to turn lights off at the wall rather than having to dig out your phone, open the Home app, wait for it to connect … and then turn it off from there.

I think the topic of automation in home app was not fully explored. Shane mentioned “convert to shortcut” but didn’t explain. I don’t want to defend home app because it’s lacking but you can make things like a toggle. Also, it can let you use things like the weather - maybe not as a trigger but you can make morning lights change color based on traffic or precipitation. You can also send ssh command so your mac can say something when doors are opened.

How easy is it to replace old/standard light switches?

Is it something that is easy to do or do I need to get an electrician around to do it properly?

Check videos online to get an idea of the work involved. Typically it’s not too hard but standard disclaimers apply: electricity can be dangerous and in most municipalities electrical work requires a license and/or inspection. Check with your local governing authority.

(My background: replaced every switch including fans in my house with Lutron Caseta switches; two college summers working for an electrical contractor)

A friend loved to tell how inspections for his electrical work around his house were always waived because the inspector knew he had worked for an electrical contractor. My friend never told the inspector that he had just done some bookkeeping for the contractor…

This may be a bit off topic, but I just wanted to show some love for how I use Pushcut, which I think often gets put in the wrong mental bucket.

For me, my favorite feature of the app (no “server” needed) is a shortcut action to schedule other shortcuts to run.

For example, I have a regular shortcut that checks to see if I have any reminders on my “Mornings” reminders list and if there is at least one, it asks me if I would like to see my morning reminders (and then shows it to me if I say yes).

I didn’t want to run this shortcut at a given time of day, because I don’t know when I’ll be getting up that day. I knew I could have it run as part of my personal automation that is triggered when my wake up alarm is turned off, but I don’t want to think about reminders as I’m just getting my bearings.

Enter pushcut. In my personal automations, when my wake up alarm stops I have a number of shortcut actions that triggers. one is a pushcut action that runs the above shortcut 15 minutes later than the time the action is run. So, no matter what time I set my alarm for, I always have this notification run 15 minutes after I wake up. Once I’m fully awake, if I have reminders for my morning, I get asked if I want to see the list. and if I don’t have any reminders, I don’t even notice that the shortcut even ran!

That’s just one feature. I could go on, but I know this thread is really meant for HomeKit automation. Back to HomeKit!

Homekit question for the gang, has anyone tried the Philips Hue wall switch module: 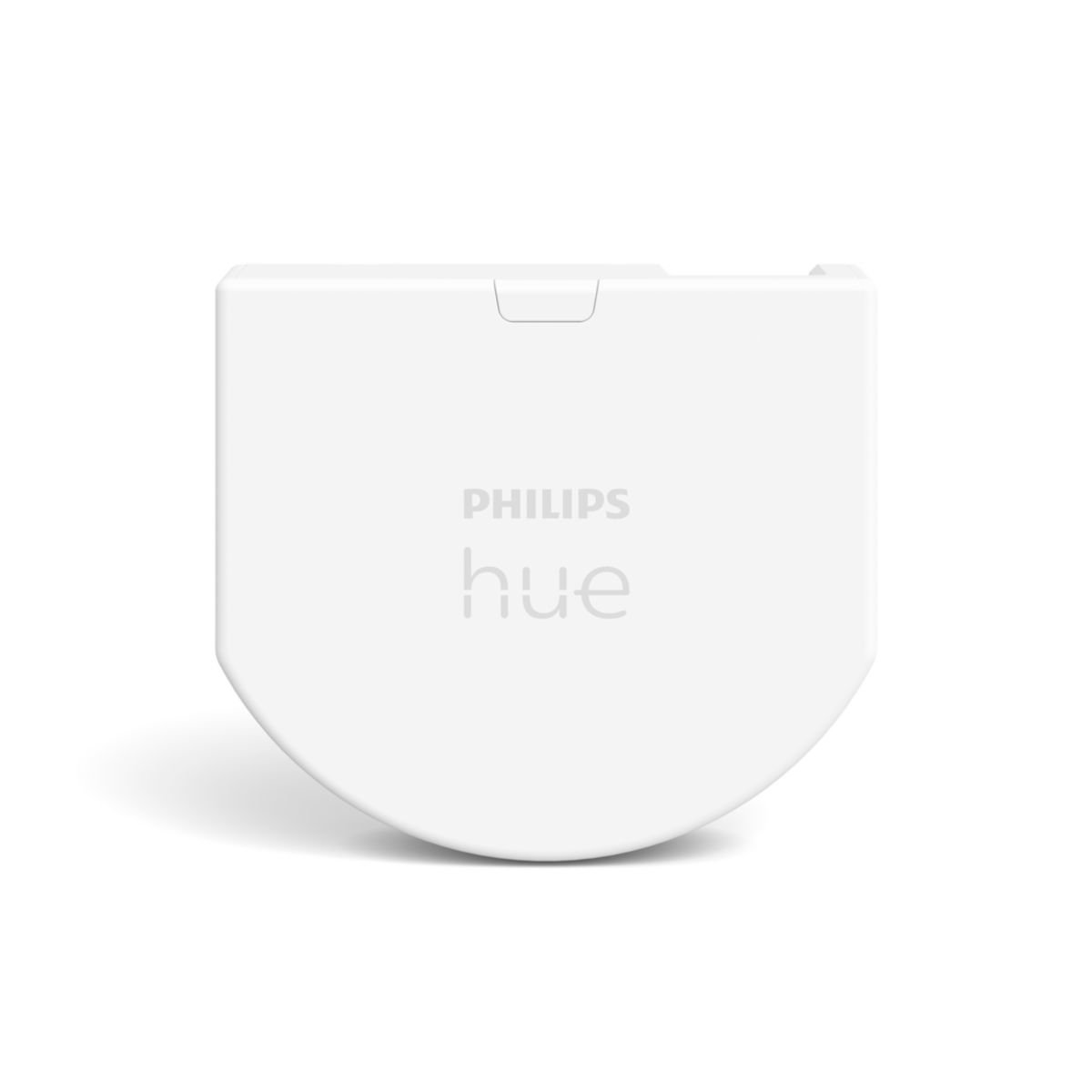 Installed behind light switches, the Philips Hue wall switch module lets you use existing switches with your Philips Hue smart lights. Your lights always stay powered on and reachable — and you can even use the switch to set multiple scenes on an...

I’m intrigued to see if it would be a good compromise for my loving wife who does not always love smart lighting in the house, but concerned if it’s buggy, or if the slight delay in turning on the lights will drive others crazy!

OMG the Meross garage door opener has saved me so much being b&#ched at. I kept nursing along the insignia version and just couldn’t take the poor performance any more. We open/close the garage door multiple times a day every day and the Meross unit has yet to have a miss. So happy!

No idea about U.K. wiring but imagine electricity works the same LOL. Turn off the power, pop the cover plate, unscrew the old switch and take off the wires. Reattach positive, negative, and ground wires to new switch, reattach to box, add cover plate, and reenergize. Should be good to configure the switch.

My comments apply to Lutron Caseta switches, which are amazing. Installing a single switch is really easy as long as you have a “common” wire. There are other things to think about if, for example, you two switches that control the same light, but there are a bunch of easy to follow instructions for those sorts of things on the web. I have done several without help (both light and fan). I guess the best answer is that if all you are doing is replacing the switch and you need no other electrical work you can easily do it yourself. The other thing that sold my on smart switches is that in the long run they are cheaper than the number of smart bulbs I would have to by. I can by good LEDs that dim well for just a few dollars each.

I recommend Paul Hibbert review. I know he can be expressive but he made some good points.

Thanks! this was really helpful. ironically, most of his reasons not to get it were not convincing to me, but I hate the idea of a 5% fail rate, and I don’t like the idea that the device can’t warn you when the battery is starting to die. I think I’ll wait on this one!