Craig Hockenberry is back to weigh in on Apple Silicon, why he's an Apple Watch Power User, and life as a Mac developer.

Not only have I never heard the phrase “Apple Watch Power User” before, I never even considered such a thing.

I don’t think it would be a podcast you could get 600+ episodes out of, but I am looking forward to what Craig has to say.

In the episode Craig talks about frustrations with timers on the watch, but I feel like they are not as bad as represented.

If I start a 2 minute timer and a 30 second timer, when one of them finishes I can glance at the watch to see which one just finished. Craig talks about wanting an audio alert for this, which some people would like, but I’d say that’s a missing feature not a bug. It would be nice to have the option I guess, but then if I set a 17 minute timer will I get a 17 beep alert?

I can’t wait to listen to this episode, I’m an Apple Watch fanatic and love mine to death, and I want it to be completely independent of the iPhone for more than just a few hours before the battery dies. I want all-day-separate-from-other-device functionality. My iPhone is just a data vessel for my watch at this point, so I’m curious what Craig has to say about how he uses his watch for maximum benefit.

I was glad to hear him say that there’s at least a possibility for something new from Twitterrific. I use it as my main twitter app on iPhone (I haven’t bought the desktop version, though I’m very close to doing that), but it’s interesting that Tapbots could pull it off, but not them. Does that have to do with one of them having more users than the other?

I used to love Tweetbot, but somewhere along the way Twitterrific because much better for me. I guess it’s because it just seems so much less aggressive that Tweetbot, which definitely as a feel of some kind to it.

I also prefer the crown on the left side. It was always setting off Siri when I was in the gym when it was on the right side. Image used a Galaxy Watch and liked how there was not protruding buttons. I wish the crown would go away. 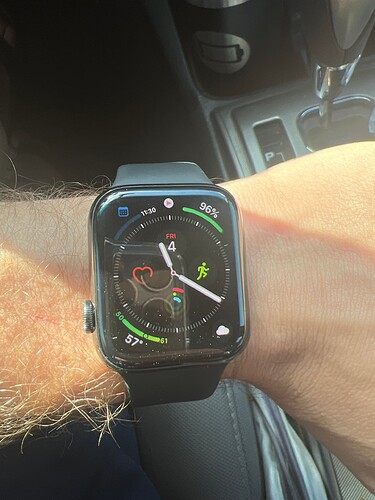 I like the part about not being distracted during development.

Unfortunately, in my current role I’m responsible for production as well, so I have to investigate and fixed both actual and perceived issues customer ping me about in corporate support channels. That plus a variety of mandatory meetings adds up to a lot of distractions.

All this pushes me to automate more and more enterprise processes such a patching firmware/software, upgrading operating systems, etc on hundreds of systems at a time.

if it can made so I can push a button and it happens without disrupting a service, then I have more focus time for development!

Nice mug in the background:)