Huge thanks to @MereCivilian for pointing me to maestral: 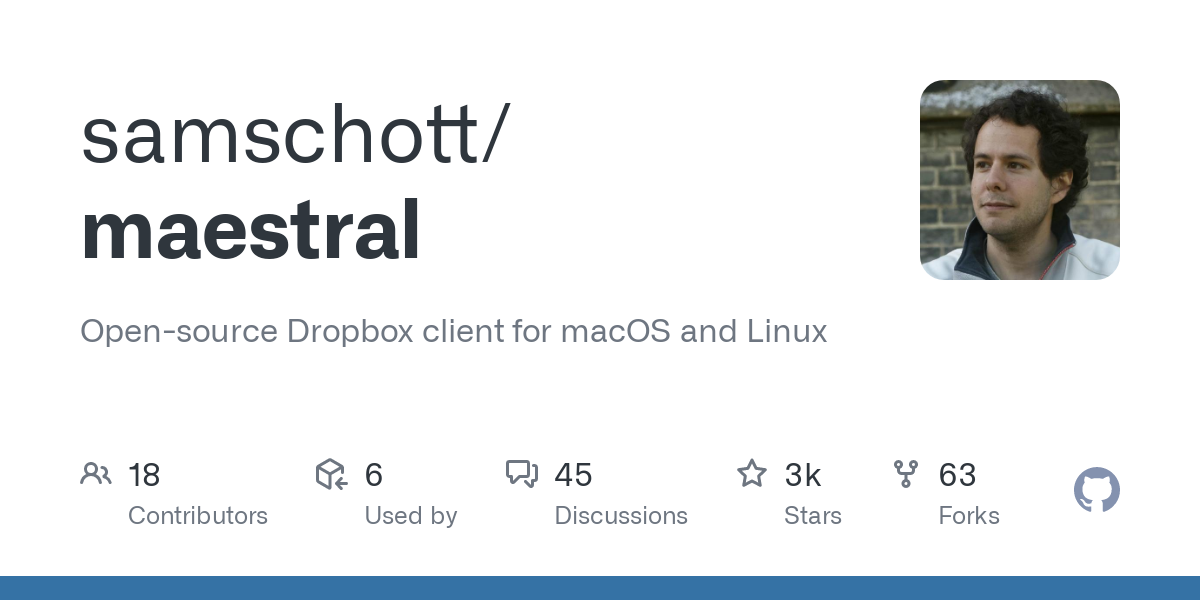 Open-source Dropbox client for macOS and Linux. Contribute to SamSchott/maestral development by creating an account on GitHub.

I’m sure there are downsides (@MereCivilian mentions that it doesn’t let you control shared folders, but I can do that on the website).

It does Selective Sync but doesn’t do the ‘Smart Sync’ thing where there are placeholder files that can be downloaded on demand. I lost that feature when I let my pro subscription expire anyway.

I’m much happier with this app already, and figured others might want to know about it too. I had heard about it but had never tried it until @MereCivilian suggested it, and now I wish I had switched a long time ago!

Thanks, TJ. Any idea how it does with Scrivener projects? As I recall, the developer said that Scrivener’s package-based file format can be a bit wonky with certain sync services.

Finally installed this. Nice app. I don’t want everything synced, just a few convenient folders. The weight and annoyance of Dropbox on my system was keeping me from doing it, but for 88MB and barely any latent CPU usage? No problem.

Great find! Is there an alternative client to Google’s cloud service? I could switch to Dropbox if I really had to, but I’d rather not…

Any idea how it does with Scrivener projects?

No clue, as I don’t use Scrivener… but it seems to sync things just the same as the original app, but those packages are tricky beasts, so use at your own risk.

Looks good, and very well documented.
This may be a solution to the
Dropbox (Long Ass University Name)
Dropbox (Personal)
folder naming that I despise and that breaks scripts.

I’ve been using it for a couple of weeks and, after a few initial bumps in the road, it’s working well. I like the options in the menubar dropdown. The main reason I tried it was that Dropbox sync was eating a bunch of memory. Maestral seems to have taken care of that. I did uninstall the Dropbox app so there’s no chance of that starting up again.

There’s Insync, which works with Google (and now Dropbox actually).