We’ve been using our TCL Android TV for maybe a month now, and it’s definitely a different experience from AppleTV or Roku. Did you know Android TV has both a shell and a print spooler? Also, apparently if you enable “quick start” it ignores the last input and drops you to the Android TV home screen. But if you disable quick start, it just takes you to the last input.

Anyway, I always like to be able to connect my phone to my TVs as a remote. Google’s iOS app will not find the TV. Tried it on multiple devices. Turned on that “allow this device to find devices on your local network” setting. No dice. I’ve done some digging online, and I’ve tried resetting the iOS devices, resetting the TV, enabling developer mode, etc. and still no dice.

I’m really suspecting Google’s app is the problem. It wouldn’t be the first time where (a) Google’s first-party app wasn’t great, and (b) the iOS app was very much a “second class citizen” as far as Google is concerned.

Tried a third-party remote app. It required me to turn on the TV’s “developer mode”, then paired properly, but had about a 3-second delay between button presses and those presses being recognized on the TV. Since it wanted me to pay $30/year after a 3-day trial, I cancelled that immediately. But it proves that something can talk to this TV, if nothing else.

Regarding the 3-second delay, I really don’t suspect network problems for that glitchiness, because both Internet access from the TV and Plex on the TV, coming from my home server over Wi-Fi, work well. And when we had a Roku TV in the same spot, with the same network, we didn’t have any issues with phone-based remote apps. Also no issues with the Apple remote apps on our Apple TV in the other room.

Can anybody recommend an iOS app that might actually solve the problem?

I’m half-tempted to just plug in our spare Roku on one of the HDMI inputs and call it good.

I’m not familiar with TCL TVs (I use a Chromecast with Google TV device). But I did find this discussion:

That’s helpful - I’ll give it a shot.

I was finding this was even hard to Google, because it seems that Google was prioritizing articles about using Android as a remote. Which would make sense, because “Android ecosystem”.

Much appreciate the digging!

Do yourself a favor, and add the same external media play to all your TV’s.

I think that’s good advice for many people. I don’t watch a lot of TV days and when I do it’s usually on my iPad. But I still use a 14 year old Plasma with an older Apple TV and a current model Chromecast (that replaced my Nvidia Shield). 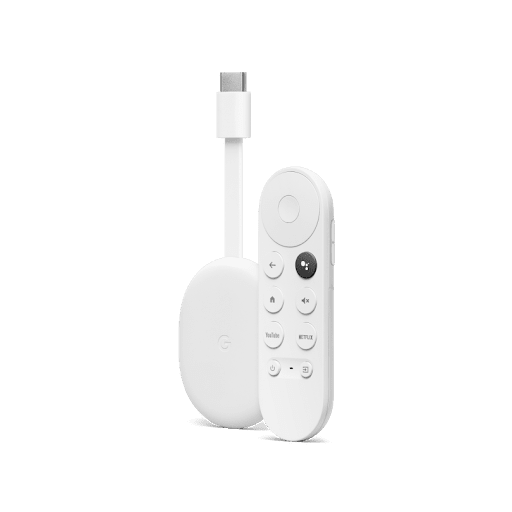 Chromecast with Google TV turns any TV into a smart TV with one seamless experience for all your streaming apps.

As an Apple fan (you’re here, right) you value user interface / user experience (UI/UX), even with the premium price, over rock-bottom prices.

This is going to sound goofy, but my main reason for switching to Apple about a decade ago was actually the Mac’s UNIX kernel under the OS. I do a lot of server admin work, and being able to translate skills across was a game changer. Once I was on Mac, I went to iPhone / iPad / Apple Watch (in that order).

I’d tried a dozen flavors of Linux and was running Windows in emulation for web testing, and I eventually just broke down and bought a Mac.

All that said, the UI/UX is a very, very pleasant benefit of the switch. And I’ve definitely gotten used to better-quality apps and UI/UX.

I advise all my clients to standardize on one plug-in media streamer.

We’d actually tried to do that with Roku. We were on Roku and Apple TV (Apple TV being so we’d have something to do Fitness with - not really using it for much else), but when we went to replace a busted TV we couldn’t find a Roku that we liked.

To rewind a bit, we’re not, in any way, TV “snobs”. We want to see the picture before we buy it just to make sure it’s not complete garbage, but both of us grew up on NTSC rabbit ears. We’re not super-picky about picture or sound. And when we were looking, we not only couldn’t seem to find a Roku that was the proper size in anything even remotely approximating our price point (it wasn’t just a $100-ish difference), but couldn’t actually find any non-smart TVs in the size class we wanted - at least where we could actually see the TV before we buy it.

So we decided to give the Android TV a shot. We figured it couldn’t be that much different, and the UI (menus, etc.) didn’t actually look that bad.

As for the current problem, I dug out an old Roku streaming stick for the time being. I need to spend a few minutes wrangling the setup for that, and ultimately I may wind up grabbing an Apple TV box for this Android TV. It seems that if we turn off the “quick start” on the Android TV it behaves like a “dumb” TV, and just comes on to the previous input. And there are enough hardware buttons to switch inputs if the remote has a problem, so we should be good on that front.

As products age, most of the built-in smart tv guts fall behind in ability to be updated and continue feature parity, even with their standalone counterparts.

For future reference, are you just talking about the app ecosystem / built in software, or are you talking about potential issues with things like plugging in new devices?

I still use a 14 year old Plasma

Best TV’s ever made. Wife made me give away our Panasonic Plasma and I still miss it. We compromised by replacing the 50" with a 77" LG OLED. She got the large screen, I got the only display/tech I would accept instead of Plasma.

I know it’s not a popular thing here, but as much as I can’t stand using any non-Retina, non-Apple computer screen/display, I can’t sit in front of a mass-market TV screen.

All modern TV’s are good, but when you experience OLED, you understand why Apple is intent on bringing that tech (or microLED) to every screen on every device they make.

Best TV’s ever made.

I agree and even better, this one was a gift