No, they’re not focusing on Basecamp users at all. They offered previews to The Verge and other sites to promote it as a consumer product right now.

As for ‘paid beta test’ I could say that about a lot of apps that have come out over the years, even today (cough ROAM cough).

I was talking about Hey with my wife. She has her own domain and is a user of Fastmail (after I converted her from Gmail). She prefers the web interfaces rather than using email applications.

She doesn’t love Fastmail, mainly because of its UI. This is her opinion after using it.

She also has her own domain.

In talking with her, we realised that she is the perfect candidate for Hey - as soon as they allow for custom domains.

Not sure if my wife is an avatar for an addressable market, but it’s a start.

I agree. I just don’t have a major problem with dealing with email. I have 200 employees and four email addresses. I can get a lot of email - hundreds a week. Right now as I write this I have four emails to process. I‘m rigorous with creating rules, not giving out my personal email except very selectively, in unsubscribing from anything that is sent to me that I don’t want, and asking individuals in email threads to remove me from the bcc and cc syndrome unless I actually need to make a decision or give a personal response to something. Following these practices enables me to process important emails while avoiding the often cited “overwhelm” with email. In short, while there are technical issues involved, this is mainly a behavioral issue as you state. I think we need to change peoples’ expectations when it comes to email and be rigorous in maintaining digital minimalism as much as possible when it comes to email.

@JohnAtl I like the idea but for me the problem would be that almost all of my emails are project related as indicated in the subject line with many people involved. Consequently, a person-centric approach, while appealing, probably would not work for me.

Thanks
That was my reasoning behind the “meta-analysis team”, email from any of those people would be considered project-related. Of course the corner case is that some/all are involved in multiple projects with you. If people were disciplined, they could tag a message as being related to a certain project - but we still have people that Reply All

Having said that, if this interface provided a way to send an email to the team (click the team icon, Send Email), the email client could take care of tagging.

I feel a little embarrassed about this since the takeaway on this thread is mostly thumbs down, but I’m sold. I’ve been an inbox zero-er forever and have all sorts of hacks, but this seems to hit a lot of pain points elegantly and I’m eager to try it out.

After looking at their features, it does look pretty sweet.

Don’t know if any BSing is going on on Reddit but I saw someone who said he paid to get in early and grab a short address, saw someone offer to sell access for $1200 (and was immediately rebuffed).

Neat new features don’t sway me, and I’m happy to let guinea pigs step up and deal with all the bugs and teething pains of new apps and services.

FYI hey.com currently do not fulfill the PrivacyTools minimum security criteria, at present missing implementation of both DNSSEC and DNS-based Authentication of Named Entities (DANE). Aside from those, it looks okay in terms of security.

The creators of Basecamp introduced a new email service this week, simply dubbed Hey. The subscription-based email service costs $99 per year, and that subscription is what’s now causing a battle between Basecamp and Apple’s App Store review team....

It seems that the ios and mac apps are currently being threatened to take down by Apple as they don’t offer the service as IAPs.

That’s just someone in the App Store being a jackass. There’s no difference between me paying for GSuite and using the iOS app for free and what hey is doing (apparently they used wording in the app almost identical to that of Netflix thinking it would protect them).

Apple’s pulled this kind of stuff before.

Here's a fun one: Lotto Machine for macOS gets a blanket App Store rejection "We found that your app does not include the minimum standards required for an app to be approved for the App Store." The same app on iOS is highly rated and has 10,000 users https://t.co/SZ1U3CPvOM

Here’s my dumb subscription story. In August, Apple reached out to say my app was going to be featured. A week later, App Review told me my app would be removed from the store permanently for violating Apple’s rules as my subscription ‘didn’t offer enough value for the money’.

Really is about Apple here, not this mail service.

Update: Apple in a statement to Protocol said Hey’s initial approval was a mistake. There appears to have been some confusion around the client app and its intended audience. Apple allows client apps marketed as business services, like Basecamp, onto the App Store, but but does not allow the same for consumer apps like Hey.

Apple has halted updates for and is threatening to remove new iOS email client Hey because it doesn't offer the ability for customers to purchase subscriptions from within the app.

The whole idea is kind of an affront to the MPU ethos.

But it’s no stranger than how some users here have settled on using the Gmail web and mobile clients because they integrate better with the email service. Hey just pursues that concept more deeply.

It’s nonsense, and I cannot but believe Apple will reverse course.

As John Gruber wrote in a blog post entitled, “The Flimsiness of ‘Business vs. Consumer’ as a Justification for Apple’s Rejection of Hey From the App Store for Not Using In-App Purchases”:

on its surface this business/consumer distinction seems untenable.

First, no such distinction is made in the App Store Review Guidelines. The lone instance of “consumer” refers to the “Consumer Health Records API”. The price that Basecamp pays for not supporting in-app purchase in their iOS app is that they lose whatever number of users would have signed up in-app but won’t sign up out-of-app. That’s competition. Again, putting aside arguments that Apple should allow apps to use their own payment systems in apps, or be able to link to a website for sign up, or at the very least just tell users how to sign up — the makers of an app should be able to say “OK, we won’t even tell users how to sign up within our app; our app is only for existing customers and we’ll obtain all of them outside the app”. That seems to be well within the written rules of the App Store Guidelines.

Second, how could such a distinction be made in writing? There are some apps that are definitely “business services” and some that are definitely “consumer products” (games for example), but to say that the area in between encompasses many shades of gray is an understatement. The entire mobile era of computing — an era which Apple itself has inarguably largely defined — is about the obliteration of distinct lines between business and consumer products.

By sheer coincidence, before this controversy erupted I switched (at least temporarily) my public contact address for Daring Fireball to my @hey.com email address. I’m paying for Hey using the same company credit card I use to pay for Basecamp. How is that not a business service? I’m sure as shit reporting it to my accountant that way. Who exactly is paying $100/year for email service and not using it for business in some way?

I’m not trying to be coy, but what is the iPhone itself? A business device or a consumer product?

Using or instead of and as the conjunction there is clearly laughable. iPhones (and iPads, and Macs, and AirPods, and just about everything else Apple makes) are both serious work-related business devices and totally fun great-for-play consumer products — often for the very same people. The same is true for almost any communication service. Is Apple’s own iMessage for business or consumers? Of course it’s both.

Here, to me, is the only sensible response to any attempt to draw a stuffy distinction between “business” and “consumer” computing. 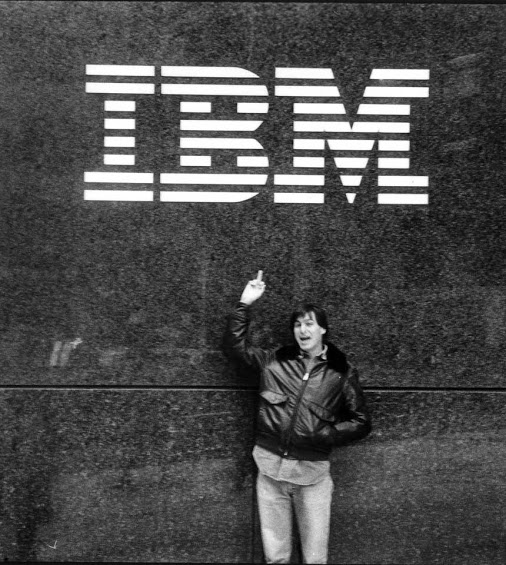 Hey All,
Jason and David from Basecamp launched hey.com yesterday. Here is the landing page with details on how to sign-up.
https://hey.com/

The service will be $99 annually.

Oh thanks, I searched before posting, didn’t come up, I will delete the whole post, no need for multiple posts of same topic.

I don’t see it as thumbs-down. I reckon it’s a great service for a particular user - who are probably not “power users”.

I actually want them to do well.

I think it’s cool that they’re trying to rethink email. Technology is all about innovation. I’ll be excited to try it out.