Anyone using their iPhone as a webcam for their Mac?

Surely someone has figured out how to use their iPhone as a better webcam for their Mac than the terrible webcams built into Macs, right?

I’ve googled around and found a couple of articles, but they all seem like they were written by someone who was only doing this so they could write an article about it, and I want to find someone who is doing it on a regular basis.

p.s. - looks like @Alain tried to raise this question a month ago here but only came up with one not-great option (EpocCam). Anyone else have better luck with something else?

That was one of the articles I was referring to when I wrote “they all seem like they were written by someone who was only doing this so they could write an article about it, and I want to find someone who is doing it on a regular basis.”

I don’t just want to know every app out there which claims to be able to do this. I’m hoping to find someone who can say “I’ve been using this one and it works really well.”

On one hand this apparently only outputs SD quality 4:3, on the other it’s a free app you can try for yourself. Online instructions and Mac/PC drivers here. 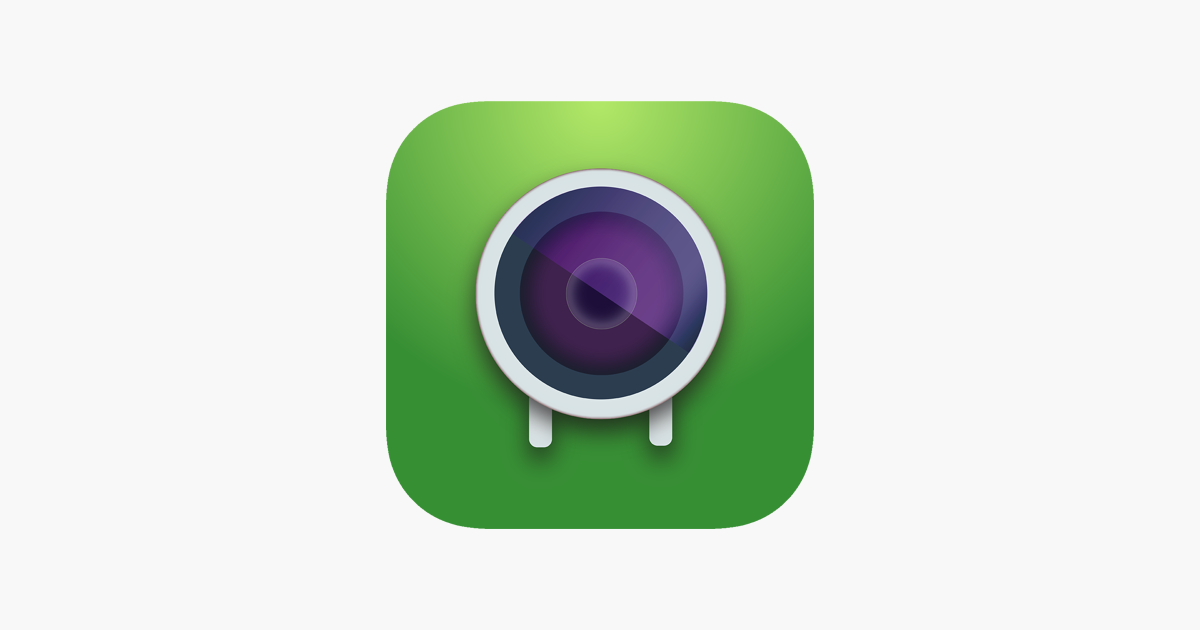 ‎EpocCam Webcam for Mac and PC

‎Why buy an expensive webcam when you can use your phone for free? EpocCam works with Zoom, Teams, Skype and other apps on both Mac and Windows. Stream your online lecture, gameplay or vlog with wireless high definition webcam. With over 5 million...

TL;DR: Using the iPhone videoconferencing app while mounted on top of the Mac Monitor via tripod worked far better. Mac can still join the same meeting simultaneously should screen sharing be needed. In that case, please mute both Mac’s microphone and speakers.

Hey @tjluoma and others, I’ve been trying to do this but with somewhat limited success.

I’m using a 2015 Retina Macbook (adorable!) with an external monitor attached. That monitor had a Logitech C920 cam on it, but I’ve found that Skype calls would start lagging the video after a few minutes of conversation.

The problem seems limited to Skype/MS Teams (Zoom and FaceTime never lag) and it also seems to be restricted to my Logitech C920, as internal webcam (that crappy 480p one) never lags.

Then I began my search for fixes and/or substitutes.

After much trying (and even a somewhat desperate nuke and pave of that MacBook), I’ve got the idea to try to use my iPhone Camera as my default webcam and then, tried @bowline ‘s recommendation EpocCam. It worked fine, but the lag still happens after a while (even when connected via USB).

To this moment, as many of those apps have their own iOS counterparts, I’ve decided to forgo using the iPhone as my webcam route and ended up using it’s own videoconferencing apps while it’s mounted via a tripod on the top of my Mac.

Also, for those occasions where I need to share my screen (say a Keynote presentation or even discussions on a Microsoft Word doc), I’m able to have two simultaneous instances of the app running and logged in, so I would have the iPhone with both my audio and video and my muted Mac (sharing it’s screen) joining that same meeting.

The only thing I miss on that setup is the ability to mute my mic via a keyboard shortcut, but it is still feasible via my mic’s dedicated hardware button (though that does not signals to others in the call I’m muted).

I really tried to get the iPhone to work as a webcam at the start of the quarantine, but gave up after trying for a while. It was best done as the previous poster stated, using a videoconference app and also logging in with the Mac. In the end though, I gave in an bought a decent webcam (Logitech C920) and I couldn’t be happier with the quality I get using that (it’s better quality than using the phone was), plus it’s much less hassle.

Don’t be ! It’s helpful to know what others have tried and experienced. That was the whole reason I posted this.

I gave in an bought a decent webcam (Logitech C920) and I couldn’t be happier with the quality I get using that (it’s better quality than using the phone was), plus it’s much less hassle.

Well, I’d be happy to buy one (for my son, actually, I have one) if I could find one in-stock anywhere.

Unfortunately, after trying iCam (which has 4-5 apps with basically the same name, some for viewing web cams and some for being a web cam) and EpocCam (which was much easier to deal with), I learned this:

Of course they only mention this deep on their support page so I had already bought the app by the time I discovered it.

There are two workarounds currently available:

I suppose the logical thing to do is just let my son borrow mine for when he needs it (which is really only once a week).

I’ve had plenty of luck asking for refunds on apps I’ve bought in the App Store. Everybody makes it seem like it’s impossible, but you just have to ask Apple - not the app’s developer. I don’t do it very often, and I do have a good record of actually buying things without asking for refunds. YMMV - give it a try.

iPhone on tripod behind monitor is my solution also. I added a multi-1/4 in thread head so I could mount a small light.

iPhone in landscape for most business meetings, to stay consonant with other people’s layout. I use portrait for personal meetings.

re: mute I usually connect bluetooth headphones to the computer (always joined as second device), so I have the mute shortcut handy. If connected to the phone and using Zoom, there is a “Swipe for driving” motion that mutes audio and shuts off video. Easier than tapping the phone and knocking the tripod over.

As mentioned, it’s important not to just mute the second device; you need to “leave audio” to prevent echo.

Refinement: for ergonomics, my laptop screen overlaps the monitor by 1.5 inches, I have Moom shortcuts (or other window manager) that quickly lay out the monitor windows (whether full screen, 2/3 left, 1/3 right, etc.), leaving a 1.5 in. space at the bottom. I don’t see the tripod on Amazon, but this one is similar. It’s important to have a fairly compact tripod footprint if there is to be room for it on your desk. I also did a velcro tie strap to the monitor stand for a little protection against tipping over.

Can’t agree with “not great” - I’ve been using an iPhone 7 as the camera for a 2009 MPB via EpocCam with great success. Easy set up, easy use. Video is so much clearer that I realized I need to shave more. And get some sun.

One question I have about this is if I log into Zoom twice (once from my phone for the webcam and once from my laptop for Keynote slides) what happens when I play video on my laptop? I frequently have embedded video with audio in my Keynote presentations. Using the Mac webcam, I can play the video no problem, but I’m not sure how this would work using the audio from the phone. Has anyone tested this?

You can join the same Zoom meeting from the computer (best for presentations and gallery view) and iPhone (better video).

Important - One of the devices must not join audio or you will get echo. Muting one device is not sufficient.

Join audio from the device that is connected to your best headset/microphone. For me, it bluetooth connected to my iPhone. It could also be a wired headset connected to the laptop.

re: playing audio in Keynote. This is not obvious, but if your computer audio is not connected to the Zoom meeting, you can still share audio from Keynote, Quicktime, YouTube, etc.. Everyone in the meeting will hear it, including you on your iPhone-connected headset. But you won’t hear it from the your laptop (if that is where you are sharing Keynote).

Thank you for sharing your experience. You’re right this is not obvious. What do you do with your iPhone so you don’t receive incoming calls or other notifications that might cause problems? When I’ve used Zoom on my iPhone before and I got an incoming call my video went out even though I didn’t answer the call. I would like to connect with my phone for video and audio using my AirPods.

Now, which device should be the “main” device as far as Zoom is concerned? I’m thinking the laptop so that I can easily “share screen.” And, just to double check I understand correctly, you’re saying even if I’m not sharing my audio in the Zoom meeting on the laptop, they’ll still hear the audio of embedded YouTube videos inside of Keynote? You’re right, that’s not only not obvious, it seems impossible!