Five days later, a new titanium card arrived and I activated it. Easy peasy. But the virtual card was blocked. Tried texting Goldman support -– boy, I’ll never do that again. Beside not replying to texts for several minutes, the agent handed off the problem to “tech support” who never answered. So, I called Goldman’s 800 number. Again, got handed around from department to department.

Finally, the tech said she would unblock the virtual card but I would have to sign out of my AppleID and change the password. Did that, and all heck broke loose. All devices are signed out, all app-specific passwords are cancelled, keychain is signed out everywhere, and goodness knows what else is turned off. I’ve spent an hour yesterday and another hour today stumbling into issues where apps, or Home, or devices have multiple little niches where the AppleID login is needed. The Home Pods in the Home app still refuse to recognize the new password and keep prompting me for that.

If I lost a “normal” credit card, it would be aggravating but the issuer would send a new one and that’s that. I never realized how deeply and complexly the Apple Card / Apple ID / Keychain / Wallet integration is embedded across the Apple ecosystem.

I’m reconsidering holding onto this credit card, given the miserable support Goldman provided and the annoying fall out.

Oh my… I’m sorry to read all you’ve been through. Thanks for sharing your experience.

This really makes one think long and hard about the realities of having the card. I know from experience I had one purchase I made that was from a scam company. When reported to GS, they assured me it would be resolved. It took four months to resolve. While I’m appreciative it was resolved, I considered myself lucky it was not a large purchase (under $100). I still had to pay for it upfront and then wait until it to be resolved before the funds were reimbursed.

To think what happened to you gives many of us nightmares as our lives like yours are enmeshed in the Apple universe.

I do hope it all works out as in these darker times in history, there’s something magical like our HomePods to keep us sane!

I would have to sign out of my AppleID and change the password. Did that, and all heck broke loose.

One more example where everything doesn’t “just work”

Wow. May I ask how many devices are tied to your AppleID?

When reported to GS, they assured me it would be resolved. It took four months to resolve.

I guess I’ve been lucky. I got a call from Amex a couple of years ago and when I denied the charge they cancelled my card, told me my new number and said I could use it immediately.

Because the virtual card was blocked by Goldman’s automation and it was not possible to request a new number without Goldman’s intervention.

Only four, but it is not just the number of devices that matter. Apps or services (like keychain and, for some reason, Home Pod) are also linked to the AppleID, so logging into the devices does not resolve all those “hidden” (so to speak) issues.

AMEX is the best in customer response and putting customer needs first!

Long time ago I was pickpocketed in Europe. It was the only credit card company to reissue new card within a few hours. Everyone else I had to wait and couldn’t get while I was abroad. So Amex saved my trip!

Just recently my coworker had their card compromised, and like you, they instantly had a new card number and in less than 24 hours they fedexed a brand new card!

I hope Apple Card gets to this place too as there is so much to love about the ease of use of the AC until you experience what OP is going through.

Someone got ahold of my virtual card number in a data breach and tried to use it for large purchases.

Doesn’t the virtual number change daily? I might completely be misunderstanding how it works, I have the regular card number (what is usually written on the card for any other bank), but I thought it generates a unique number for Apple Pay purchases?

I only use my card for Apple Pay, so I am hoping that makes it safer, but I think that might be naive of me.

Edit: Further reading, I don’t know what I am talking about.

Disclaimer: I do not have any first-hand experience with the Apple Card because it is US only.

When I stumbled upon this topic and the question by @dixonge, I remembered this recent blog post by Allison Sheridan: 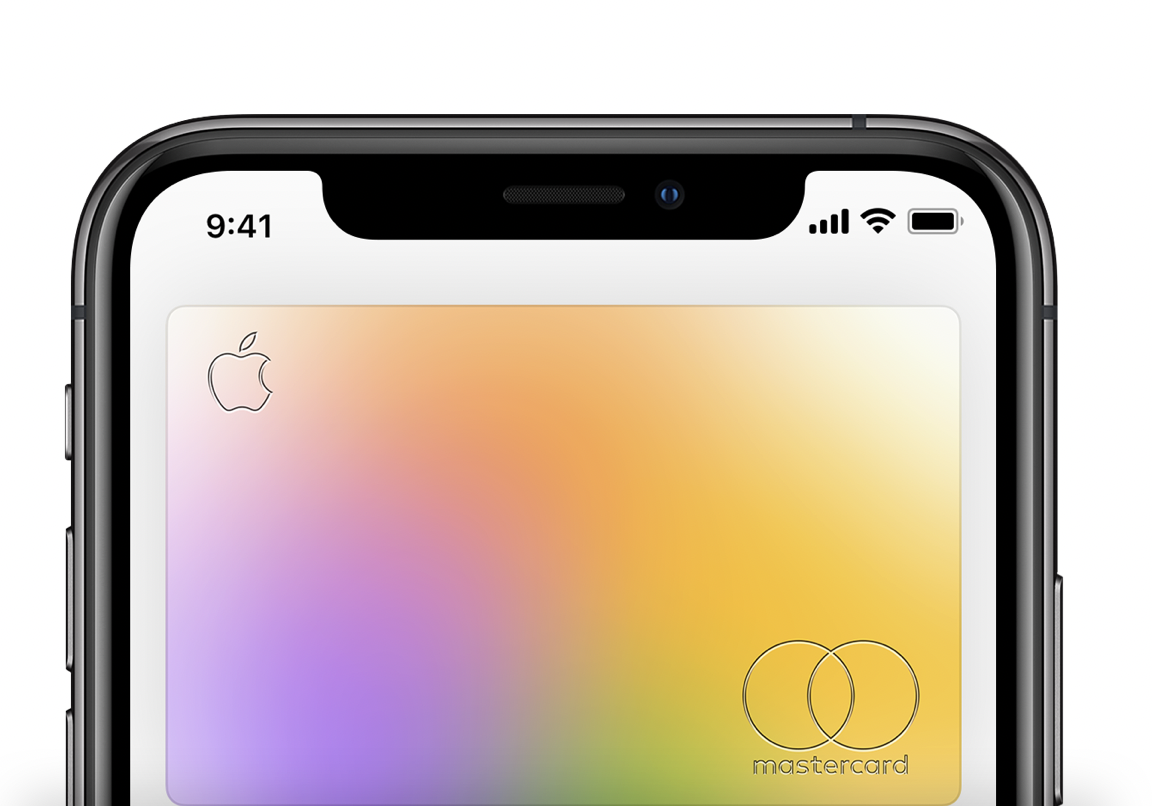 Why is Apple Card so Cool? - Podfeet Podcasts

As far as I understand the concept, unlike regular credit cards, the physical Apple Card has no real card number, the card number can be issued dynamically over and over again. The same is true for the CVV. There should be no need to replace the physical card unless the card is broken.

Something sounds weird how Goldman Sachs did handle your issue. It sounds to me as if everything can be done in the backend system and in the app (including contacting the correct department at Goldman Sachs). There shouldn’t be a need to replace the physical card. I might misunderstand something, I am not completely sure.

Then again this is no excuse for the poor customer service you did encounter with Goldman Sachs.

Doesn’t the virtual number change daily? I might completely be misunderstanding how it works, I have the regular card number (what is usually written on the card for any other bank), but I thought it generates a unique number for Apple Pay purchases?

I used to think it was a new number per transaction, but I now believe each device is issued a virtual number which it retains until it needs changing (E.g. theft)

Yeah, I think you are right. I look at the card in my Wallet and the “Virtual” number is the regular card number that it can change as need be. I never use that number, so I think I am safe from fraud.

The virtual card number stays the same unless a new number is requested. The CCV changes daily. The number for the physical card is encrypted and only the encrypted data leaves the card.

However, when I had fraudulent activity on my Apple Card, about a month ago, my experience was very different.

I was alerted that the virtual card number (the Apple Card number used for online transactions, which you can find in the Card Information panel in Wallet) was being used, via the usual notification in iOS that there had been a charge. Since I knew I wasn’t currently at a Cheesecake Factory, I immediately tapped the transaction, and used the Report an issue button to, uh, report an issue.

Following the prompts took me to a “merchant chat” (or whatever they’re called) in Messages with Apple. They have a different visual appearance, including icon, color, a “verified” check icon, and so on. The agent there was highly responsive (replies in seconds, etc.), and had my virtual number changed before the next fraudulent charge arrived a few minutes later (Wingstop).

While I certainly have had to update my number stored with a lot of businesses where I have recurring charges (Netflix, etc.), that’s been the only issue. And while irritating, no different than when other credit card numbers have been cloned/spread around in the past.

My physical card was neither cancelled nor replaced. I never lost access to legitimate use of my card, having a new virtual card number within minutes. All conversation happened in Messages.app, on my phone, in the single help session. Nothing about that session suggested I was dealing with anyone but Apple directly. The original fraudulent charge was immediately put into review, and fully reversed a few days later. I haven’t needed to follow up with Apple (or Goldman Sachs, for the underlying bank).

I can’t really say what happened differently for me, or why, but it’s been easily the most pleasurable experience dealing with a stolen credit card number that I’ve had. (This is probably the fourth time it’s happened to me, but the first with the Apple Card.)

“Pleasurable” is certainly an odd choice of word for having to deal with a stolen credit card number, but I use it deliberately. I went from mild anxiety about having to deal with a chore to grim satisfaction seeing the second fraudulent charged blocked, within about four minutes. I honestly can’t think of an improvement that could be made to the process I experienced, other than it never happening in the first place.

That is SO awful, Katie!

I’m reconsidering holding onto this credit card, given the miserable support Goldman provided

GS had never handled credit cards prior to the Apple Card in August 2019. I’d hate to think they are still having start up problems.

The CCV only changes periodically (not necessarily daily) if you toggle on “Advanced Fraud Protection” in the Card Information settings. I recommend doing this as its one more hurdle to someone hijacking your card.

I recommend doing this as its one more hurdle to someone hijacking your card.

But you are not able to use the card for periodically payments in this case, right!?

The CVV is not necessary after the initial payment because the vendor is not allowed to store the CVV anyway:

When customers subscribe to a recurring payment plan and submit their initial transaction their card’s CVV code will be collected (along with other billing information) and sent to the gateway for validation. Subsequent, automated recurring transactions will not include the CVV code with the rest of the billing information sent to the payment gateway due to PCI data security standards that prohibit the storage of CVV codes.

So, basically a changed CVV should not be an issue after the first transaction has been made.

My experience contesting a charge was also fairly pain-free. My only complaint is that they didn’t tell me my card had been frozen, I found out about it when a charge failed. But within 10 min of calling the number, I was up and running again. No need to get a new card or anything.