Are there even viable alternatives to iCloud or cloud in general?

Yep. This is my biggest gripe with iCloud Photos. They don’t appear to care about this use case at all.

Its a sliding slope what is next to be “scanned” on our phones and computers?
What if there is a false flag and suits come knocking on your door and want to investigate?
What if someone dumps some images or other info into your device? 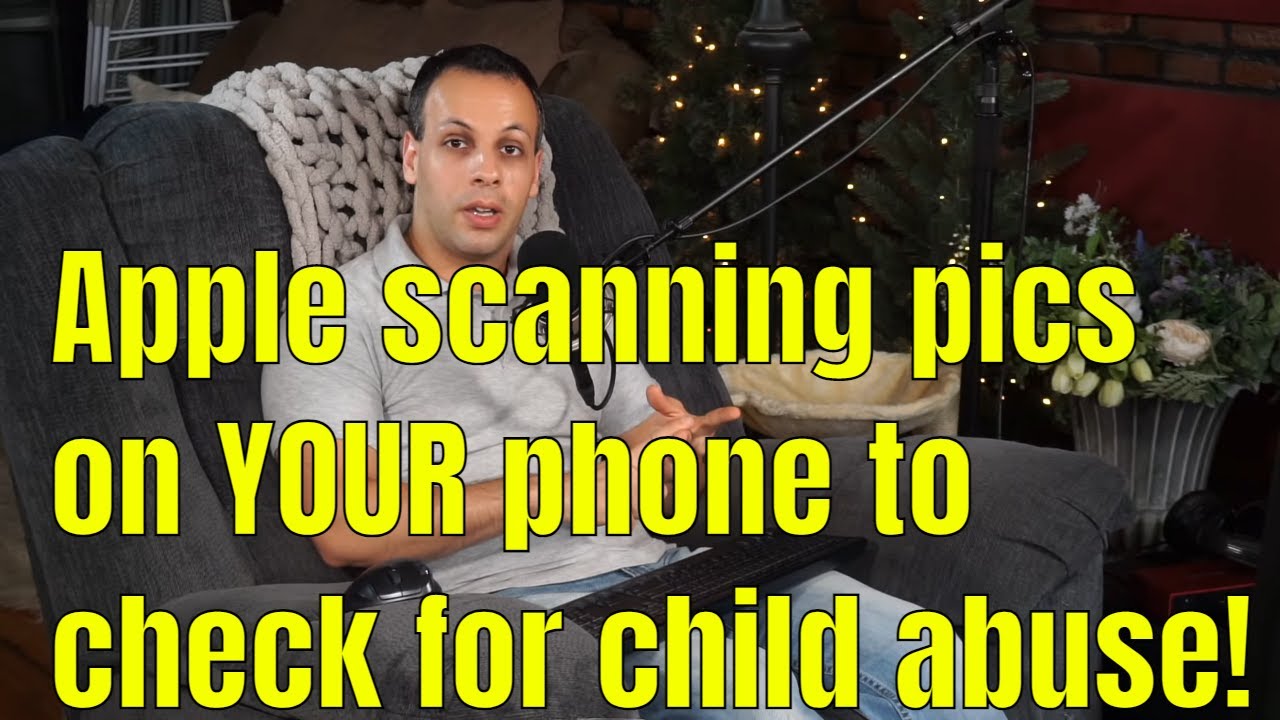 would not even bother with certificates etc and only access locally or when remotely with your own VPN.

I’m only using certs to VPN in, nothing else.

Slippery slope will happen. The right to privacy is gone and it is up to us to protect what little vestiges we have left.

Its a sliding slope what is next to be “scanned” on our phones and computers?
What if there is a false flag and suits come knocking on your door and want to investigate?
What if someone dumps some images or other info into your device?

Some folks are treating this more like a drama show rather than a serious issue.

That wasn’t necessary. What are they doing wrong?

If they want to scan files for pedophilia activity, they need to approach a judge with sufficient probable cause to issue a warrant. The US Constitution protects us from unreasonable searches and seizures.

The potential abuses are mind boggling if you have ever studied civil liberties in depth.

Just research Edward Snowden if you think we have much of a right to privacy left.

So your idea of when to complain is once you’re sitting down in the last row? Not when the airline proposes downgrading you three classes?

Because the next step after querying for CP images is to query for anti-vaxx information and for selifies from the Capitol building from Jan 6 and for any pro-Hong Kong propaganda.

And maybe you have nothing they’re scanning for on your system. This new feature of iOS 15 will allow a third party like Cellebrite to inject a file with a collision hash onto your device, which triggers iOS to decrypt your files and activate a backdoor.

Yes, that’s literally what Apple said in their press release. The files remain encrypted in iCloud, and Apple cannot see them, unless your local iOS device matches a hash value from the no no list, and then iOS will hand over a decryption key to Apple. Or to Cellebrite. Or to whomever knows how to ask iOS for it. That’s how backdoors work.

There is no slippery slope of what might come next. It’s here. It’s this. An oppressive government can change the hash database lookup values that iOS is looking for. And now it can look for anything they want to find. Or just backdoor the entire phone now based on forcing a hash match. It’s not what might happen in 10 years, it’s what will happen immediately. Of course, by then no one will be able to speak out against it, lest any kind of opposition to this scanning will be part of the no no list as well.

I’ll not be updating iOS anymore and will be exploring Linux and Graphene OS options going forward.

It is so exhausting to see, year after year, “the sky is falling” shouts online where simply nothing happens in the end, especially in Apple-land, and often turns out beneficial (too many examples, also on this forum, to count). Nobody seems to notice that the Gruber piece hypothesizes this could actually pave the way to E2EE in iCloud, which could not have been done before this measure. But sure, cry wolf like all the Internet does. I had thought this forum would be immune to some extent to such knee-jerk reactions, supposedly being more thoughtful and willing to inform itself before crying bloody murder.

Well, I neither have the desire nor the energy for this. Have fun among yourselves – and sincerely, all best wishes. I’m out of this place.

I think it is important to learn to live with opinions you do not like. You are not forced to participate. We probably do not agree on many things, but if we met in person, why should we only argue about things we do not agree on? We could talk about something else, we both enjoy, and just have a good time. Why not just “ignore” topics like this and participate only in ones you do not feel the urge to slam opposing views? There are plenty of topics here, where we can just talk about Apple related stuff without any political overreach.

Just FYI since the announcement academics in the infosec and cryptography space agree that the introduction of this technology will require a redefinition of what can even be called E2EE.

I would have thought knee-jerk reactions are to support Apple for this great cause. But anyway, it’s your choice to not react when the sky is actually falling. Sorry this is not the Apple fanboy circle you imagined.

Everyone is entitled to their opinion, let’s please all respect that and keep this place a safe place to discuss the things we enjoy.

That wasn’t necessary. What are they doing wrong?

They aren’t treating Apple’s misuse of data seriously. This is a major privacy issue that can be addressed without putting on a show in a random internet forum. Some people here are acting like the world is about to collapse on itself over this issue.

I’m so confused by that statement. But go off…

But this is the second time you’ve chosen not to participate. Graber’s opinion is just that, an opinion. Perhaps some of us have read and understand the technical underpinnings of what is being implemented. Obvious reasons aside much of the outrage is due to the fact that Apple is implementing a “just trust us” policy that hasn’t adequately been scrutinized by the scientific community. There are PLENTY of examples of poorly implemented encryption; remember the DVD encryption that a kid circumvented with a highlighter? You know, the whole “security through obscurity” thing. Many of us are invested in the Apple ecosystem because of the privacy measures that have been put in place until now.

Assuming that everyone here is reacting out of ignorance or a lack of understanding isn’t fair. Some of us might have a clue…

Which “scientific community” are you referring to?

Let’s be kind to each other.

KillerWhale has a different opinion and has referenced/summarized the point of view as extracted or interpreted from Gruber’s post which he finds more agreeable than “our” position. That’s fine and I think it would definitely be worth discussing in the original thread, if that hadn’t been closed for… I don’t know, reasons. Even if we’d still disagree after a proper discussion of the facts, at least we’d better understand where each other is coming from.

But that discussion should be kept separate from this thread. Let’s try to keep this one focused on the technical side of things.

Graphene OS sounds intriguing from a privacy point of view. One obvious shortcoming seems to be that only Pixel phones are supported for 3 years after their release, officially, which is apparently how long Google offers update support for its own phones. But since Graphene can apparently still be used for other phones to, this probably is not as much of a problem in practice? Since most security issues could probably be fixed by Android/Graphene updates, whereas the risk of security holes from the hardware/firmware level (which is what we couldn’t update ourselves) is hopefully not as impactful?

I wasn’t being mean. @anon85228692 if it came off that way it wasn’t my intention. I just think it’s extremely unfair to assume that people are being alarmists (my word not his) because they don’t understand the technology.