I accidentally bought a MacBook Pro on Saturday and now I find my old friend, the 2010 Apple Cinema Display, doesn’t work with my new friend, the MBP. What external display do you recommend for use with the MBP2018?

The Cinema Display was 27" and that seems like a nice size, but I can go bigger or smaller if it seems right.

Congrats on the new MBP! I almost pulled the trigger on a new one when they came out, but then I realized that with my 2016 13” touchbar version not really requiring an upgrade, I was falling into the distortion field…Still, that quad-core I7 or even i9 with 32GB is looking tempting…

Anyway, I would think that virtually any modern monitor with the appropriate connectors would function, so the decision is really one of cost and features that you need.

I presently have two monitors hooked up. I have a Dell 24” 4K (the “Katie Floyd” model) which I recently got (and selected based on KF’s comments on it) which I am extremely happy with. I was previously using an LG 34” widescreen (the one with Thunderbolt, which was on the market for a short period of time, very expensive (I got a huge discount so it was worth it at the time). I found that in contrast to others who work well with a huge monitor, this one was too large and wound up being distracting more than a benefit. I have it hooked up as a secondary monitor and have yet to move a window on to it, so as soon as I find a buyer, it’s moving to a new home. I will likely get a second 24” Dell (not 4K) and place it vertically as David has recently done.

I think you should first determine how much you can afford to spend, as that is the basic factor you need to establish your real of possibilities.

Next, think about size. I have found that working on a smaller monitor with focus on the app I am using has helped me vs having a jillion windows open with things distracting me from the work at hand. With the use of Spaces and swiping, this works well for me. I keep one Space for the current app with everything else behind it; one space just for Mail maximized (option—click the green button, so it is not a full screen space, just a maximized app in a regular space) so I can quickly swipe over to it, and a third space that is empty, which I jump over to when I need to quickly get an empty screen (I often use that when I need to open a couple of Finder windows and move things around quickly).

Next up: what features are important to you. For example, 4K is really very nice; I think the higher resolution makes everything sharper and easier to read and I find an easier transition from the retina screen when the MBP is used disconnected from the monitor. Are you a gamer? Then you want a monitor with the highest refresh rate. Photographer? Get something with accurate color and the best color space coverage (the 24” I have is very good in that regard and I am a photographer, so…I could go the very expensive route of multi thousand dollar monitors designed for this purposes, but the Dell is good enough that the cost difference was not worthwhile for me). Is having built in speakers or a USB-3 hub crucial for you, or can you work with external speakers (I put a Dell USB soiund bar on the monitor which is fine for most things, and I can always pipe music through my Sonos so I don’t need ultra high quality speakers built in to a monitor).

Finally, I happen to think it’s really worthwhile to try to see the monitor in action OR buy from a place like Amazon or BHPhoto with a liberal return policy. I was looking at an LG 27” 4K for a while, but when I looked at it at Best Buy, I was surprised at how dim it appeared compared to adjacent monitors and I did not like the image. I played with the settings, found it was already cranked to the highest brightness, and found I just didn’t think the image worked for me. Obviously this is very personal. I bought the Dell sight unseen as it was not available anywhere locally, but bought from Amazon in case I hated it. As it turned out, I really liked it but if I had not, at least I could have sent it back.

I hope my rambling is useful.

Very useful! Thanks very much!

Does 4K give me a Retina quality display?

Since I posted earlier this morning I discovered that MiniDisplayPort to USB-C adapters exist, and I ordered one from Amazon. So I may be able to put off this decision. OTOH, I may decide I want the increased real estate and Retina quality display. We shall see.

Define “best”. For me it`s color accuracy and wide color gamut, so 4k display are out my price range.

A fair question: I use my Mac for writing and web browsing. Also the usual email, productivity tools, etc.

I like the information density of the Retina display. I can fit a significant amount more text and diagrams on the screen and still find it useful.

I highly recommend the LG 27” 4K monitor.
I read a lot of PDFs, do data analysis, write code, markdown, LaTeX, create graphs, scientific posters, etc. and it works really well for me.
I switched from dual 24” HD monitors (home and school/lab), and the difference is very noticeable. My eyes thank me every day.

Thanks, @JohnAtl You have one 27" monitor now?

Also, much less distracting; the single-monitor setup was based on the feeling of being more focused when I use my iPad.

I ordered this mini display port to USB C adapter and it just arrived, and I hooked it up right away.

David and Katie are right. This Apple Cinema Display has served me well for eight years, but after nearly three days looking at a Retina display I can barely stand to look at it.

I would agree. Part of the reason I went from a 34”monitor to a 24”was focus. I actually like it better. I am considering a small second vertical monitor for specific uses, much like I often use my iPad as a second monitor when working portable via duet. In those cases I have a reference document on the iPad while whatever I am actively working on (eg KeyNote etc) is on the laptop screen.

Yes, there are usb-c to mDP and USB-C to DP cables. That’s what I use for the second monitor on my TB3 dock. Works fine.

Do you have an actual model for that Dell 24” 4K Katie Floyd model or a link (even better)? 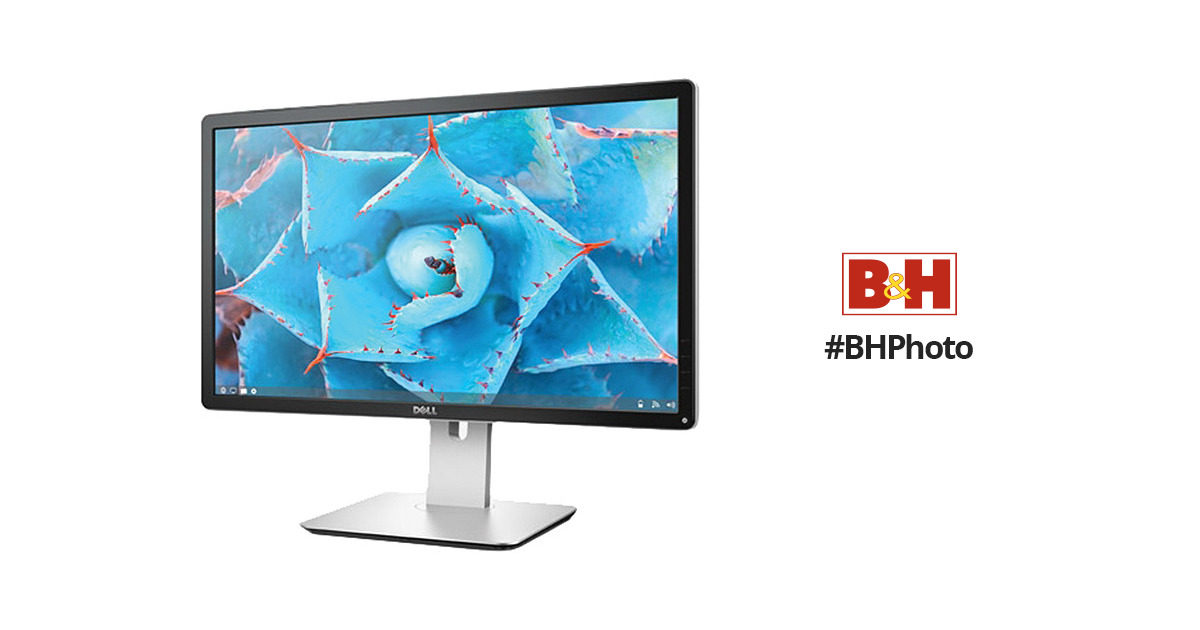 Thanks for starting this thread, Neal. The ensuing conversation has been really useful to me. In your research we’re you able to determine the difference(s) between the U2415 and P2415? I’m coming up short and thought you, as a P2415 user, might know.

I’m no longer finding Katie’s site for her comments. I look forward to hearing from you.

I also just noticed that P2415 is shown as discontinued on B+H and replaced with a P2419. I’ve yet to identify the differences.

Thanks in advance for sharing your thoughts.

I wanted to make sure to provide a “Shortcut” when trying to find dongles to hook up your MacBook Pro to a monitor and achieve the 4k resolution. I must have tried 3-5 different dongles before getting the one that actually outputs 4k at 60 hz. The dongle I finally settled on and has been working on the 24" 4K was this one: 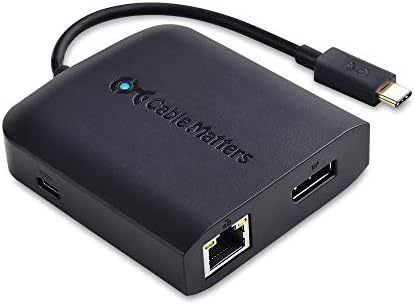 I did not know that the P version of this model has been upgraded. I don’t know anything about the new version.

The U version is not 4K (which is why it is so much cheaper).

KatieFloyd’s blog is, as far as I know, offline and not being maintained, and I do not believe she has made the older content available.

I suspect if you go with the upgraded model of the 4K version you will be very happy, but I have not looked into the specs.

I have a Samsung 4K which I picked up for €250 in a sale and it has been excellent. The display is 350 nits so nice and bright and I love the 28” size for extra screen real estate. With the DisplayPort cable it works well at 60hz. I’ve had good luck with their screens in the past; I still have one from 2004 that’s working well!