Betting on the ARM

Harmonious timing: TheVerge reports that the fastest supercomputer in the world, o-developed by Riken and Fujitsu, is now powered by ARM processors.

Using Fujitsu’s 48-core A64FX system-on-chip it turned in a Top500 HPL result of 415.5 petaflops, 2.8x as fast as IBM’s Summit, the nearest competitor. It also attained top spots in other rankings that test computers on different workloads, including Graph 500, HPL-AI, and HPCG. No previous supercomputer has ever led all four rankings at once.

Apple obliquely told yesterday at WWDC about the power and performance the 1st-gen ARM Macs. Looking at the power/performance Keynote slide, you can see today’s notebook @ 30w at 3 grid boxes: On another forum someone noted that if you’re taking the chart metrics as accurate it shows performance/watt more of than 2x, which may indeed be reasonable for A13/A14 processors, and an A14Z designed to run in a MacBook Pro/iMac using TSMC’s Chip-on-Wafer-on-Substrate could dramatically increase performance between the unified memory architecture and different cores (GPU, Neural processor, etc) especially as Apple could also implement customized macOS low-level runtime support.

The processor customization we’ve seen for iOS devices - multiple cores at different speeds that preserves battery while leading performance per watt - could be similarly customized for Macs, or with desktop chips that forgo battery saving in favor of Moar Power. From A-series portable devices to this Fujitsu supercomputer we see the tremendous flexibility and power of the ARM line.

Make me believe more and more that an ARM Mac Pro is entirely possible. Not until a year or two (probably going to be the last machine updated, since the Mac Pro is so recent) but it was clearly mentioned in the keynote that all Macs will transition.

I wouldn’t read too much into the way the graph is scaled. We don’t even know that the lower left corner of the visible chart represents the origin (0,0).

Much better evidence is to look at the performance of the A-series chips in iPhones and iPads. The A13 has higher single core Geekbench scores than any Mac. In multicore the A12X outperforms every 13" laptop. This is with tiny batteries (compared with the laptops) and no active cooling.

That Apple Silicon will be able to outperform the current Intel offerings (at least in laptops and consumer desktops) seems foreordained. I think the really interesting question is what sort of tradeoffs does Apple make with this extra performance, especially in laptops? Do they keep the current form factor and go for performance and battery life? Do they seek to match the performance and battery life of Intel Macs in a thinner fanless design? Maybe do the former in MacBook Pros and the latter in the MacBook Air?

With Jony gone, we’ve seen the beginnings of a rapprochement with usability, in the form of a (barely perceptible) thicker notebook and iPhone, fixed keyboards, and a U-turn from the iOS 7 design language. So I don’t think thinness is a priority for today’s Apple.

That said, Apple clearly has data that has resulted in their aiming at a specific battery life for iPads, and iPhones, so even if a normal-thickness ARM notebook could have insane battery life, Apple might design it smaller for lightness and to meet a targeted battery life (which could still be substantially longer than current models).

One of the things that’s compelling as well, it was mentioned on Upgrade, the A12Z being used for the development kits is a 2018 chip with an extra GPU core enabled. And optimized for iPad use cases. Assuming they’re still improving performance at the same rate they’ve been in the past, either base level ARM macs are going to be ridiculously powerful or Mac Pro levels aren’t too far off.

Pondering this, I think two outstanding questions are:

I’m very interested to see what sort of cooling solution Apple uses in the Developer Transition Kit, and whether those machines can outperform an iPad even with the same chip.

One thing I don’t see mentioned a lot is that there is real benefit to having high performance, low power processors in all consumer level and many pro desktops.

I think the direction Apple appears to be heading in is incredible.

Here’s VMware sending out some feelers:

Share with us your big dreams... how would you use Fusion on ARM? twitter.com/mikeroySoft/st…

So everyone wants to know about Fusion on Apple Silicon macs of the future... What I'd like to ask the community: What do you want to see and why? Knowing that Windows or Linux guests must be ARM only, what would you use it for?
ChrisUpchurch June 24, 2020, 11:02pm #10

On 512 Pixels @ismh linked to a Verge article that notes current Microsoft policy may be an obstacle:

Microsoft only licenses Windows 10 on ARM to PC makers to preinstall on new hardware, and the company hasn’t made copies of the operating system available for anyone to license or freely install.

“Microsoft only licenses Windows 10 on ARM to OEMs,” says a Microsoft spokesperson in a statement to The Verge. We asked Microsoft if it plans to change this policy to allow Boot Camp on ARM-based Macs, and the company says “we have nothing further to share at this time.”

Great overview from Jason Snell about the new boot process in Apple Silicon Macs (ASMacs? ARMacs?). No more remembering what keys you have to hold down at startup, finally.

Macs with Apple silicon will get new, refined boot and recovery mode

Doing unusual things at Mac startup has long required remembering keyboard shortcuts. Is it Command-Control-P-R or Command-Option-P-R that zaps the PRAM? Is that still even a thing? Is it Command-S…

Hm. I think there’s only one way to pronounce that… 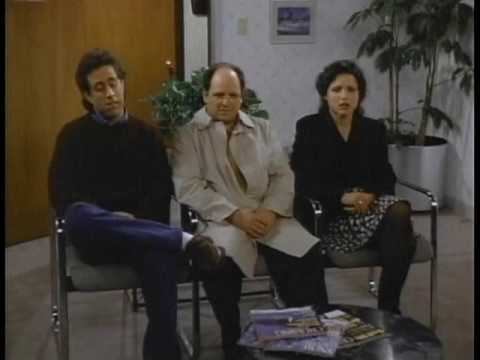 @ismh linked to a Verge article that notes current Microsoft policy may be an obstacle:

On another forum someone noted that “Microsoft only licenses Windows 10 on ARM to OEMs” is a statement not really an explanation, and speculated that if Microsoft did license, its SurfaceBook performance might look decidedly poor against Apple Silicon in performance/battery, so they might be preferring to just sell MSFT apps to Apple users rather than potentially harm their fledgling ARM/Windows efforts.