Get an M1 Mac mini or upgrade my existing setup?

Hi everyone. I’m new here but it looks like a great forum!

I currently use a 2018 Mac mini as my main machine. Frankly, I’m mostly happy with its performance. Back in 2018 I ordered it with 16GB of RAM thinking that I would upgrade it to 32GB along the way, but so far it handles my tasks just fine, even coding in IntelliJ Idea (granted, my projects are not very large, but IntelliJ is a notorious resource hog). In fact, I can have Idea, Affinity Photo, 3 browsers and a couple of VMs running at the same time without slowing down. Still, I’d like to have 32GB of RAM “just in case”.

The only area where I find the 2018 Mac mini lacking is the GPU. I don’t play games at all but I occasionally edit videos (in DaVinci Resolve). I would also like to add a second 4K display to my setup, but when I borrowed my wife’s 4K monitor to see how it would work, the UI animations became noticeably choppy. (They are pretty smooth with just one 4K display.)

I actually have an old AMD RX560 GPU lying around, so in theory I could get an eGPU enclosure and add it to my setup to accelerate video rendering in Resolve and speed up the user interface when using two 4K displays. It’s a pretty weak GPU by modern standards, but still about 15 times faster then the iGPU in the Mac mini.

This would be much cheaper than getting an M1 Mac mini. But I’m worried that this is basically throwing money away on something that is effectively a dead-end technology. 32GB of RAM for my current Mac mini and a decent eGPU enclosure would amount to about 1/3 of the cost of a decently-spec’d M1 Mac mini (16GB/1TB).

When it comes to the M1 mini, I’m a bit worried about 16GB RAM not being enough in the long run, but I keep hearing that M1 Macs use RAM much more efficiently than their Intel counterparts, and my current experience with a 16GB Intel Mac mini is pretty pleasant. I also like the idea of having a computer that is roughly 50% faster than my current Mac mini in CPU tasks and also about 50% faster than the RX560 in GPU tasks while consuming just 1/6 of the power. (I live in Europe and electricity is pretty expensive in my country.) But I’m also a bit worried about not being able to run my VMs if I switch from Intel before everything is supported on the software side of things.

So, what do you think? Is it a good idea to upgrade my current setup or should I just replace my current Mac mini with the M1 model?

Could you try a new Mac mini and return it if it doesn’t work? I have an excel addon that I used to use in parallels. Now I have a different addon that does a similar thing because a DLL file for the original one isn’t present in windows for arm. It’s not a deal breaker but if I used the original addon on a daily basis I’d probably get myself a a nice Intel Mac and stick with that for a few years.

What kind of VMs are you running? Your options on the ARM Macs is more limited than on the Intel ones, if that kind of thing is important to you.

A couple things to consider.

With respect to the M1 Mini having a max of 16 GB of RAM, there are rumors of machines with more RAM coming this year. Is your need such that you could not wait to see if one of these rumored Macs would better meet your needs?

With respect to the VMs, could you keep your Intel Mini to run them?

Thank you for your replies.

As I said, I don’t really need a new machine, but I’m really curious about Apple Silicon. I typically use my Macs for 5-6 years before replacing them, so I could wait until 2023 or 2024 to replace my current mini. I guess it will still be fully supported in 2024 because Apple is still selling this model as of 2022.

I am mostly running Linux VMs that I need for development works. Thankfully, I don’t rely on any Windows applications.

I think I’m going to wait and see if the rumored “pro” Mac mini materializes in the spring, but I’m afraid it would be significantly more expensive than the current M1 mini which is priced very competitively for an Apple product. I also thought about getting a 14" MBP but my last Apple laptop (2017 MBP) was an unmitigated disaster, and I’m still traumatized by this experience. I guess I no longer trust Apple to make a reliable laptop.

If you can run fine with a 2018 Mac Mini, the M1 Mini with 16Gb ram will be a great update. It’s much faster, quieter and less hot. My experience is that 16Gb Ram on M1 easily outperforms 32Gb or even 64Gb in the Intel platform.

It looks like for your kind of use you don’t need to wait for the next shiny thing that is twice as powerful. The current generation will be good for a long while to come.

I am running an M1 Mini with 3 4K displays as my daily driver and I am a heavy user. 30+ applications open at times with no issues. Use Photoshop, Lightroom and FCP on regular basis with heavy libraries and it just works. On the odd occasion, I get a “out of system memory” pop-up I just ignore it. The system handles memory allocation to the right app remakably well.

Thank you, this is exactly the kind of feedback I was looking for.

I have a similar workload to you, but I loaded 32 GB of RAM early on for the mini. Animations were definitely choppy until I turned off the transparency effects. This made a noticeable improvement for me. I run a 5K and a 27” QHD display and it’s working fine. Personally, since my mini is working just fine, and Apple looks to be replacing it with a M1Pro/Max in the next event (according to rumours), I’m just waiting on that. The VM issue is a bit of a concern, but I’m just going to update my VMs to be ARM based. They’re all Linux VMs so this isn’t too concerning. The improved GPU in Apple Silicon will also smooth out any animation issues which I’m looking forward to and I’ll be able to order with 32 GB of RAM (and cry as I’m looking at the price tag).

What hypervisor are you folks running for your Linux VMs?

I’m just running VirtualBox, but it does not work on ARM Macs. There are other solutions though: https://mac.getutm.app/

I also forgot to mention that I’m an avid amateur photographer, and I use Lightroom a lot. Lightroom on my current Intel Mac mini is passable, but it works much better on my 2017 iPad Pro – I believe it’s because the iPad Pro has a much better GPU. If Lightroom on M1 Macs is as snappy as Lightroom for iOS, that alone would be a good reason to upgrade.

Haven’t had the best experience with UTM on my 16gb M1 MBP. Still prefer Virtualbox from back when I was on an Intel MBA. But, as they say, your mileage may vary.

On my Intel Mac I use VMWare Fusion. There’s a public preview for ARM Macs out, but I haven’t tried it on mine yet.

One thing to keep in mind is that there are some rumors of New Mac Mini (pro?) coming out soon (hopefully - don’t hold your breath…) 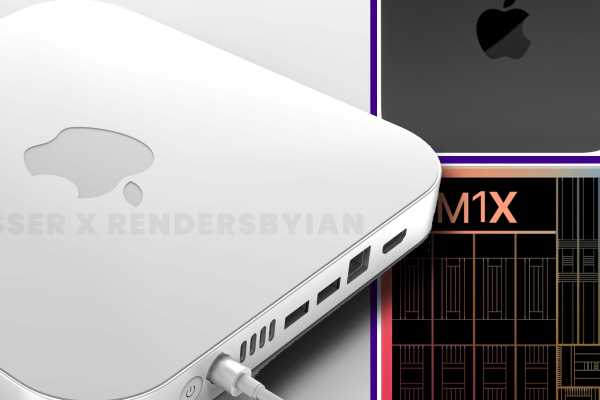 The next Mac mini: Apple's smallest desktop to get the M1 Pro and Max treatment

Apple is reportedly preparing a new high-end Mac mini with a slimmer design, faster chip, and more power all around.

I should add that I might keep the Intel Mac Mini in headless mode for VMs. It’s a luxury, but we shall see what happens. The resale value on the machine isn’t great for me here in Canada.

Thanks. I saw those rumours, even suggestions that it could be unveiled during the next Apple event which will supposedly happen in early March. I’m not in a hurry, so I’m going to wait and see…

Well, I could sell mine for about 500 euro, which is not much, but I could also get something like a Lenovo ThinkCentre Tiny for next to nothing to run Linux natively (and also Docker containers - a much nicer experience under Linux than under macOS), so it does not make sense for me to keep my old mini.

I recently switched from a 2017 iMac (Intel i5, 16GB) to an M1 Pro MBP with 16GB. It made a huge difference with Lightroom Classic. It went from kind of sluggish to everything being lightning quick. That said, I also went from a Fusion drive on the iMac to an external Thunderbolt SSD on the MBP for my LR library. I am not sure if the speed increase is due to the SSD or the M1. But the M1 is just a dream to use, quiet, cool, and everything is very fast.

I don’t play games at all…

But your username makes me think you do!

I just moved to an Apple silicon Macbook

Exactly what I did. I moved Parallels to the mini, which also is my Plex server. It runs headless and I can access it from anywhere with Screens. Works like a charm.

But your username makes me think you do!

Well, not on my computer