For me, I use Apple Music mainly by talking to my HomePods, but I also send audio from my iPad or Mac to them if it’s not Apple Music.
For example, I get the Dark Noise app going, then send the audio to the HomePods at night. Same for podcasts, YouTube etc.

Yes, thanks! I know how to get the Apple Music in from all of my devices. And I figured it out for the podcasts but for the rest I am clueless.

Our single homepod mini is the default speaker for the AppleTV.

You can also tap your iPhone to the Homepod to transfer whatever media you are playing and vice versa.

You can also create a shortcut on your iPhone to play it directly to the Homepod.

Here’s how I set Endel to play Sleep directly to the Homepod. Just check if your sleep app has Siri commands.

For example, I get the Dark Noise app going, then send the audio to the HomePods at night.

This was my routine as well but I now have Siri play ambient sounds without going through Dark Noise. I tell Siri to “play rain sounds” each night before retiring. It plays all night with no gaps. Very relaxing.

I considered that, but we have our own mixes in Dark Noise that we like!
My wife seems to find adding a typewriter is soothing, possibly because I’m often tapping away when she drops off.

tell Siri to “play rain sounds” each night before retiring. It plays all night with no gaps. Very relaxing.

I never knew this existed. So relaxing.

If I read you right, you want to play other sounds from your Mac to your HomePod, that is not from the Music app?
If so, just press the sound icon in the menubar, and choose the HomePod from the list. 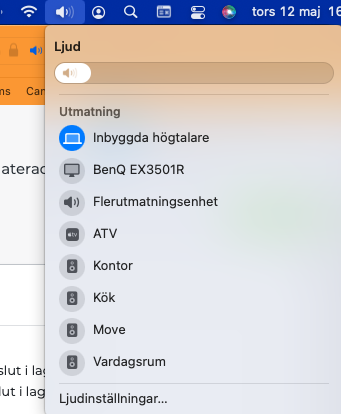 You also have this icon in some places, eg YouTube, where you can choose where you want to play the sound:

That one I figured out. I have her play ocean waves.

The easiest way to explain is that AirPlay 2 keeps an active connection between the app running on your device and the speaker.

another point to note, AirPlay will drain iPhone battery but streaming would not

I am also very annoyed that YouTube music is not supported for streaming, not sure why

Exactly. I got the Sleep App working but the Apple TV Channel and Youtube… no such luck.

I’m going to switch to this method I think.
Hopefully it’s also like Music so I can say " Play rain sounds for one hour "

Interesting, I’ve not tried to set a time limit because I have it playing all night. But, out of curiosity, I’ll give it a try.

But I was thinking can i get other audio from them.

Are you aware you can play audio from most apps to your HomePods? You can use Control Center on your iPhone/iPad to send most audio via Airplay to your HomePod minis. And some apps like YouTube (see below) have the controls built in. (Front Room TV is Chromecast)

tell Siri to “play rain sounds” each night before retiring. It plays all night with no gaps. Very relaxing.

I never knew this existed. So relaxing.

Google Hub can do the same and better. Before I go to sleep, I say “Hey Google, bed time”, then Google Assistant’s standard routine will tell me tomorrow’s weather, then ask me what time do I want to set up the alarm, turn off the bedside lights, then start playing the cricket sound (customizable)

I have similar discussion in the Automator Forum and was told that Siri or Apple Shortcut would not allow me to replicate the same routine, as shortcut would not run voice command (at least for now)

When I read about the end of the iPod Touch I asked Siri, “When did Apple introduce the iPod Touch”. “She” said “Apple.com can help you with that”.

Then I asked the Google Assistant, who responded verbally with the answer then sent a link with additional information to my iPhone.

can’t agree more, I thought Apple bought some AI companies to make Siri smarter, have not seen any performance improvement yet. May be they are spending more money to make Apple Maps better as a priority.

I like Siri except on the HomePod. She is intellectually challenged.

She is delightful on my old iPod.

You want to use Airplay. It’s built in to recent Apple devices.

In Safari, or many other macOS apps if you have the volumed control speaker icon diplaying in the Menu bar (See System Preference/Sound/Click the checkbox on the bottom of the panel to Show Sound in menu bar and select Always from the pop-up) once you have an audio source playing:
click the speaker icon in the menu bar
Select the Homepod you want

Thanks EVER so much! I have it all set on my Mac (movies!) but I am having problems with iOS- my phone, my two iPads. One ipad and the phone I purchased relatively recently.

May be this has some impact 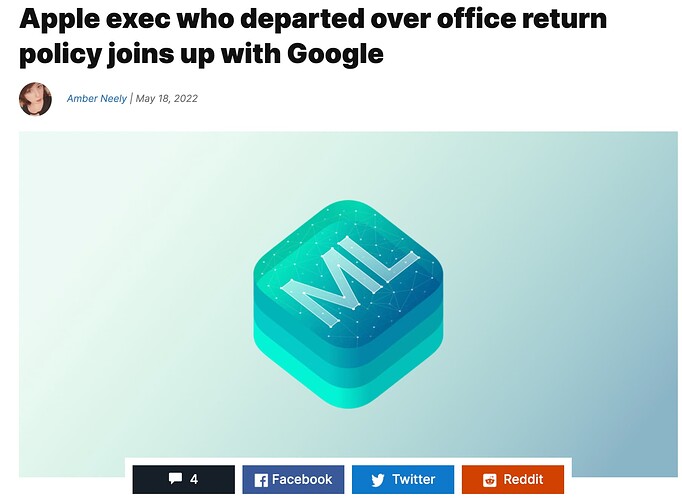