How do you invoke Siri? (Poll)

What is your most used method of invoking Siri?

I disabled Siri, so she stays in the box. Never got much success, and only triggered it by accident. Might revisit Siri now that I can customize and use Shortcuts.

Always with Watch. I really like how with WatchOS 5 there’s no need to say “Hey Siri” anymore.

So many ways! Here’s an approximate ranking in order of frequency:

Unfortunately no CarPlay option here…considering my prolonged commute, Siri is my friend on road. So it’s CarPlay with my iPhone.

I use Siri most on my iPhone (and will more and more with iOS12/Shortcuts), but I also regularly use it on my Mac, turned on in System Preferences > Accessibility and set to a keyboard-combo. Here’s what appeared (with Siri reading along) when I typed “When did WW2 end?” 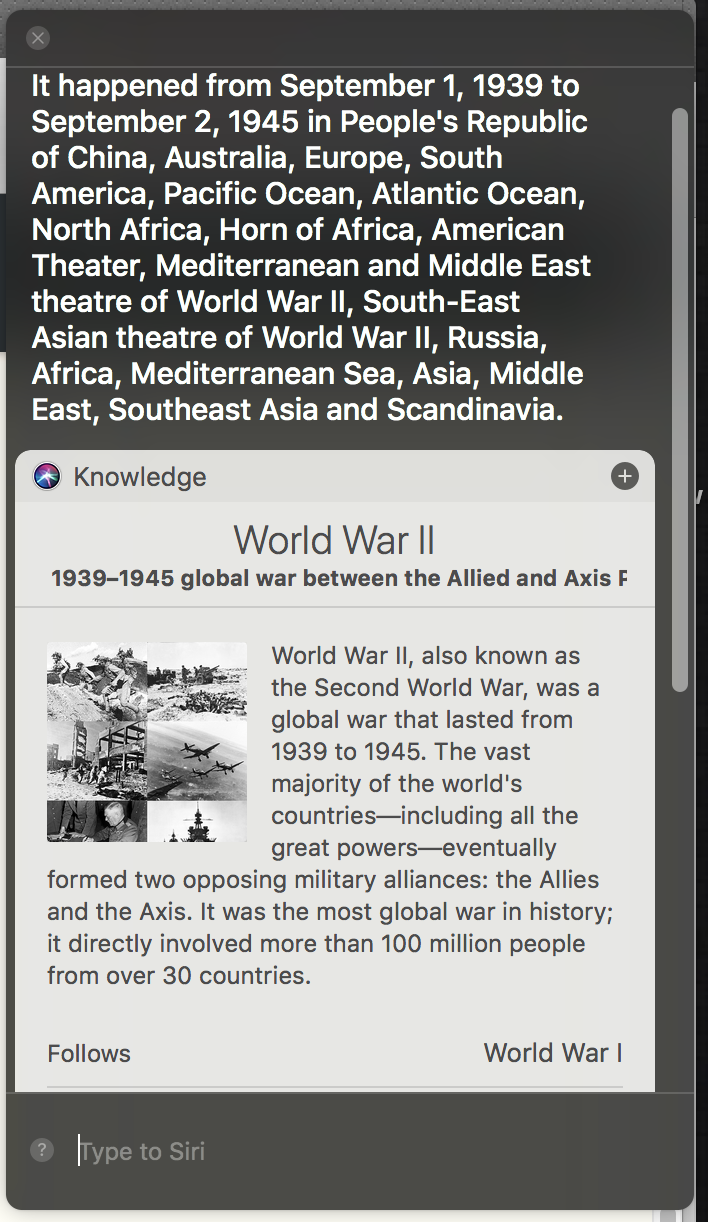 In iOS I use Siri regularly because when Type To Siri is on you can’t easily use it with your voice. (You need to invoke Siri, then touch the microphone icon on the keyboard, then speak, then wait for the voice transcription of your command/question, then you need to hit Enter.)

On the Mac Siri speaks back to my typed Mac questions in addition to presenting text, but I wish I’d just see the accompanying text without audio. Does anyone know if that’s currently possible?