"hppostprocessing.bundle will damage your computer" -- cannot print anything

I have an HP2025cp printer on the local network via ethernet. As of today I am unable to print anything at all and receive this message:

Something to do with an Gatekeeper issue with an expired certificate. I’ve seen solutions that involve spoofing the IP address of the printer and reconfiguring it as a PostScript printer. Not sure I want to make things worse by doing that – e.g., lose functionality on the color printer.

Anyone solve this problem?

Meanwhile I think I found a solution: I “reset the printing system” by right clicking that printer in Printer preferences. Then I added a new printer clicking the + sign in the preferences. For “Use” I chose “Generic PostScript Printer”. macOS Catalina installed the printer, and then changed it into a “Secure AirPrint” printer under “Use”. Printing has been restored.

(Oddly, this is not an AirPrint printer, but c`est la vie – but if that’s what macOS wants to call it, the fix is in.)

I had this yesterday as well. After a lot of messing around trying to remove the files, drivers etc, I downloaded ‘HP Smart’ which somehow let me print/scan from within a web browser, and the used “HP Easy Admin” to access the latest drivers and software, which for some reason are not showing on my printer’s page on Hp.com. No idea what it was, but it’s back working now.

Its malware, I have had 3 cases today

We unintentionally revoked credentials on some older versions of Mac drivers. This caused a temporary disruption for those customers and we are working with Apple to restore the drivers. In the meantime, we recommend users experiencing this problem to uninstall the HP driver and use the native AirPrint driver to print to their printer.

This particular issue is due to this revocation snafu like @dsh1705 has hinted. So, no real malware incident in this case.

According to this tweet, Apple already has pushed an update in order to stop macOS protecting their users against HP’s revocation saga: 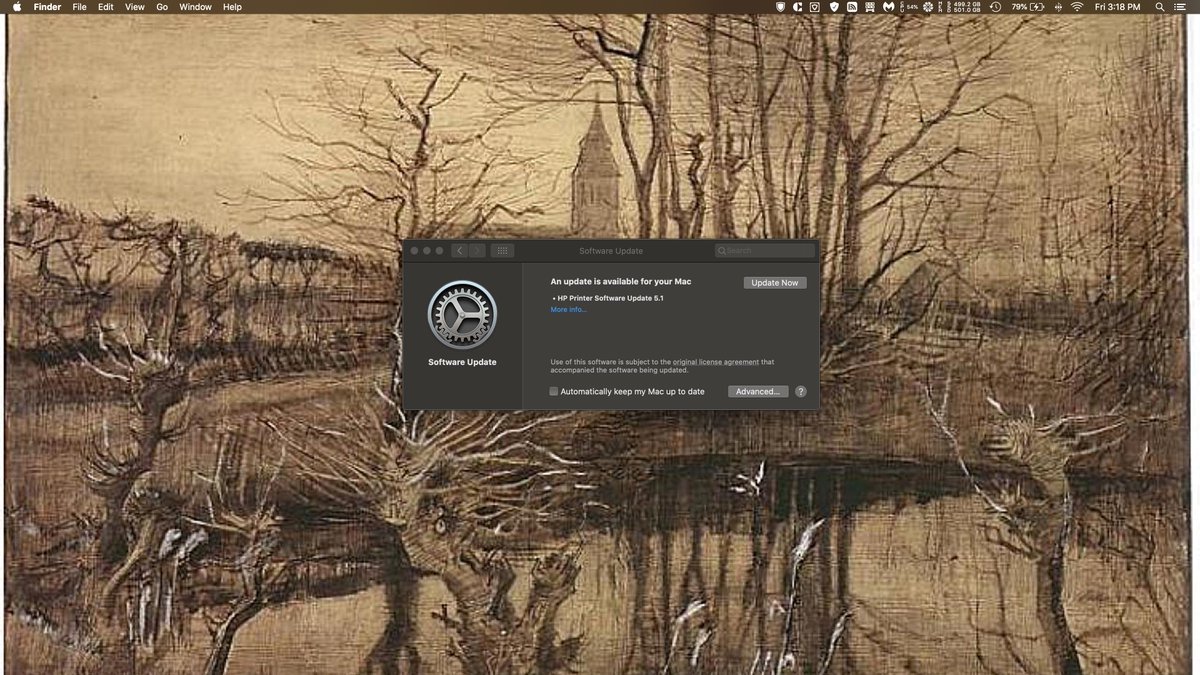 Update: The previously revoked signature has now been unrevoked, as of the night of 24-25 October. Thanks to Mr Macintosh for spotting this. Your old HP printer software should now work correctly again.
(0750 UTC 25 October 2020)

P.S. Regarding “uninstall the HP driver and use the native AirPrint driver to print to their printer” - that is how my HP printer is being set up for years. My HP printer is printing all along via AirPrint.

Hmm glad it’s not malware but it sure behaves like it.

Update as of 25-10-2020 0400 PDT in BC – no Apple update available. Printing still fails unless the printer is configures as Generic PostScript.

… I decided to try using my HP Easy Admin tools. I strongly recommend downloading this. https://support.hp.com/us-en/document/c06164609 ¹
It allows you to search for a printer model and then downloads and created a .pkg installation file for printer driver deployment. It’s way better than the stupid HP Easy Start application. Anyways after downloading this new set of drivers, I installed them and the messages stopped and printing worked.

So if you have not tried that, I would recommend giving that a try.

The link on the HP site is an ftp:// link, so users should change ftp:// to https:// if they are grabbing the HP tool from a browser such as Safari that is not configured for FTP.

Working with that tool and browsing the HP Support site it seems that my printer (CP2025dn) is so far out of date that HP does not provide updated drivers for it. In my case then, there will not likely be a fix through the HP channel.

According to an update at Howard Oakley’s site:

Update: The previously revoked signature has now been unrevoked, as of the night of 24-25 October. Thanks to Mr Macintosh for spotting this. Your old HP printer software should now work correctly again.

So you might be able to try it again, possibly helped by a reboot.

I did a reboot and did as you suggested – thanks for the tip. So, I can print, but I also get the malware warnings for several files in the HP printer driver package. Odd. I’m following the saga over at Howard’s site for now.

In the middle of a firestorm, your personal radio equipment stops working because the company who transmits the signals decides to revoke the air wave permission rights for your brand of radio.

I have an HP that is over a decade old on a USB-B connector through a USB-C hub to my MBP. I was in my office on Friday specifically because I had reports to print. I thought that the USB protocols had somehow stopped working through the USB hub. I was ready to order a Brothers L2350 to replace the HP (and still may). I also tried installing GutenPrint with CUPS on the recommendation of a colleague. No luck. The printer was recognized, but the queue went directly to Pause mode anytime I would sent a print job.

At least with the HP updater, I was able to install the additional driver components for an HP Envy that I have at my home. And I’ve managed to get the office to update the protocols so that I can print to our networked, workstation Xerox machine in an emergency.

And of course today, my HP at work now works again.

I guess this suggests why I might want to go back to using the Windows XP system in the corner that has not been connected to the network for over a decade.

Here is more info that may help. https://eclecticlight.co/2020/10/26/what-happened-with-security-updates-and-hp-printer-software/

It’s not the first time that HP drops the ball with drivers for older printers. This is one of the reasons why I never recommend HP printers to my clients.