Article about giving up on Inbox Zero 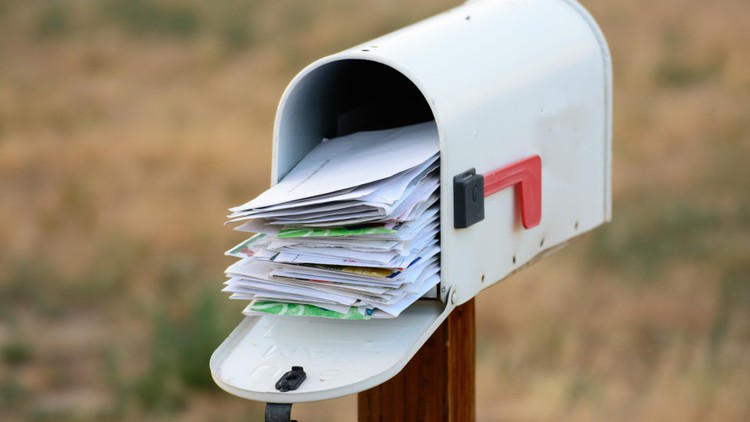 Don’t reply to your emails — The Atlantic

The case for inbox infinity

I myself practice Inbox Zero, but I sometimes wonder if it is a good use of my time.

I think the article is based on a faulty premise.

If you have a pipe that is leaking into your kitchen, you don’t just stick some chewing gum over the leak and complain that the gum hasn’t stopped your kitchen from flooding so you’re better off letting the leak go and start cooking with chest waders.

The sensible thing to do is to go and shut the damn water off!

If you are getting 400 emails per day, then of course inbox zero is but a pipe dream. The problem is that you’re getting 400 freaking emails a day! It is extremely unlikely that the author’s 400 emails are from individuals who are actually trying to make direct and legitimate contact. I would guess the vast majority of those messages are newsletters, list-serve messages, forwards, ads, etc.

If that is the case, then a combination of rules and unsubscribing should take care of most of that. If that is too much of a task, then perhaps a new email address is the solution (just like perhaps a new kitchen might be needed if the flood damage is too severe – replacing the leaky pipe isn’t going to do the job).

If this person is actually getting 400 emails that are directed specifically to him concerning personal business, then I pity this person’s customers or colleagues. This person needs to rethink how they do their business if this is the case, because they will not be effective in supporting their clients or collaborating with colleagues if this is how they’ve set themselves up. If they are offering customer support, they need to introduce a system or additional staff to take care of that end of their business. If these are colleagues then they need to figure out how to collaborate and communicate more effectively.

Inbox zero is not the problem. Deeply rooted email hygiene issues are the issue issue.

I also disagreed with the article. First of all, Inbox Zero has nothing to do with replying to email as the title suggests. Second, setting up rules to hide unimportant emails counts as removing them from the inbox. I get hundreds of emails a day that I never see.

I do think that if you work in an organization that manages ongoing work through email threads, you may have a legitimate case to treat your unread-in-inbox view as your inbox, but wider support for snooze will make it easier to hide them again without worrying about losing track of a project.

I also disagreed with the article. First of all, Inbox Zero has nothing to do with replying to email as the title suggests. Second, setting up rules to hide unimportant emails counts as removing them from the inbox. I get hundreds of emails a day that I never see.

Yep, I was going to say something similar. Replying to emails is definitely not the goal of Inbox Zero. If I’m not going to reply I just archive or delete it to get it out of there. I have no set commitment that all email must be handled in the same way. This quote from Max exemplifies some of the problems of the article:

“I think as people understand the idea of Inbox Zero now, it’s a total disaster. I don’t see how anyone could run a business or make a living as a freelancer or do any kind of meaningful work by replying to every email in their inbox all the time so that it’s always empty,” said Max Temkin, a designer and co-creator of Cards Against Humanity.

Also, different people have different use cases for me. Personally, email is a vital part of my job so managing it is important. Sure, I’d love to not use email but that is the system I am in. Also, like @Scottisloud said managing your email with unsubscribing, rules, etc is just as vital.

I personally think that email is useful if it is being used well. Unfortunately too many companies and others abuse email and send a torrent of unwanted junk. I try to keep on top of this and filter out what I can, but sometimes it is exhausting to constantly have to fight all the spam. I unsubscribe from lists almost every day, I wish I didn’t have to do this.

I wish we had an alternative to email that actually cost money, so people would think twice before sending it. If each message cost 1 cents or 5 cents, then maybe we wouldn’t be flooded with so much junk. Email replaced snail-mail, but each piece of snail-mail cost at least a stamp to send. I think zero is the wrong cost for sending a message.

I agree with all other comments

For me inbox zero means I answer about 2-3% of all the email sent to me.
I either delegate or delete the rest.

I would argue that, even despite its name, the point of an Inbox Zero approach isn’t ever to maintain an inflexible insistence on having an empty inbox. It’s about making a consistent effort to know what’s in your inbox and what, if anything, you’re going to do with it. An empty inbox is an ideal state to strive toward, not an unconditional measure of success or failure.

It’s no different than managing all of the other inputs in your life. The better you can inventory and manage what’s coming at you through those inputs (as opposed to losing track of it or purposely ignoring all of it), the better off you’ll probably be. It’s not about perfection.

True, I usually only get to zero on the weekend, when I have some extra time to deal with it. I just did it now sitting in the waiting room of a doctor’s office. It still feels good to look at an empty inbox sometimes.

…The problem is that you’re getting 400 freaking emails a day! It is extremely unlikely that the author’s 400 emails are from individuals who are actually trying to make direct and legitimate contact. I would guess the vast majority of those messages are newsletters, list-serve messages, forwards, ads, etc. …

That’s the point. Newsletters and so on=aggressive filtering. Right now, I have 18 emails in my inbox, from 3 weeks to 3 hours old. For some, I still need some data to answer them, so they will stay there for a while. Over the years, I managed to minimize the time I spend “in my email” and now I can say, it doesn’t bother me at all. The solution is not some tool or method on “how to tackle your mail”, it’s in your organisational structure, hierarchy, communications and processes. If your processes require dozens of mails, the process is the problem.

And I agree wholeheartedly with the article

I easily get 100 emails every day that have to be (or at least should be) triaged in a process that, if done correctly, would take at least several minutes for each one. There is simply no meaningful way to deal with that kind of thing, so I don’t.

Honestly, I think that the situation is more or less hopeless until we get really, really good AI assistants (Siri need not apply) that can distil the vast quantity of incoming information into something that’s meaningfully actionable.

So if you don’t triage then now, are they really that important? Are there negative consequences to your ignoring them?

I skim subjects in an attempt to identify the most critical. There most certainly are consequences to missing important information delivered via email.

Our processes are far from perfect and we are refining them, developing new ones, and developing or acquiring tools that will, in part, help to mitigate this, but ultimately the effect of that won’t solve the problem of having to sort through too much inbound information.

I’m not disparaging the idea of trying to keep an empty inbox, but in some cases that goal is so far from realistic that it becomes counterproductive to attempt it.

I skim subjects. I don’t read most of my emails. I only reply when it helps me to do so. Often I get follow-ups requesting a reply, and I ignore those.

I’m a journalist and get lots and lots of pitches from PR people. Dozens every day. If I even read every one of those, I’d never get anything else done, let alone replying to them.

I use rules to route subject-skimming material into its own folder/label outside of the inbox. If I’m going to be archiving most of it, I’m better off archiving all of it. It’s not always easy to write rules to catch everything, but after a few week/months/years I’ve got most senders and subjects categorized.