I am disappointed with the Reminders release. I don’t think Apple handled this well, which is not their usual.

I am excited about the IOS13 Reminders update. I am hoping that it solves an on-going problem for me of managing my tasks. (I just have not found anything that I like and stick with, and I am transitioning away from a paid solution).

I had heard that it would not “sync” with devices not upgraded. Of course, I did not dig in to the details. I upgraded my iPhone, and now have to wait for iPadOS - ok. But, I did not realize Catalina is out to October.

Interestingly, I have not lost any functionality I did not have yesterday. I just have to wait…

One of the things I love about Apple’s software is that I can move from device to device (which I do all day long).

I would have preferred for Apple to wait and and release Reminders across all the devices at once.

Of course you are right. Yes - I am waiting…

I would say the benefit of waiting is the fit and finish that I think people expect from Apple. Power users are usually more of a “jump in” crowd, but a large group of people expect things to work the way they expect them to.

I cannot guess at what percentage of that population is using an app across multiple devices.

And, for me, if an app doesn’t sync across devices it is not ready to ship. I understand this is based on my workflow.

I made the same mistake, I hit upgrade without reading the notice.

Oh well, I only use Reminders for personal tasks (Asana for business) and I have the complication on my Apple Watch so I’m good. Once Reminders works on the iPad I’m fine, being on the MBP is nice, but not crucial.

Hi are there any hints if Apple will release an update for Mojave to sync with NEW reminders from ios13? My iMac is late 2009 and stuck with Mojave - but still doing fine for what I need…

I agree with you. Further, even my upgraded devices are not syncing properly. Not good, Apple! I have whole lists that show in icloud, have disappeared from my iphone, and still show in my upgraded iPadOS…

Oh. And I just set my first “scheduled reminder” under the new OS. Deadline came and went with no notification.

Yes, my notifications are set.
Yes, I’m on the most current OS.

My Reminders was a bit wonky across my devices when I first upgraded to IOS13. I did not lose anything, but new reminders would not get synced across all devices. What was funny were that my two iMacs were the most out of sync.

The issue seems to have resolved itself (maybe the IOS13.1 release). Maybe a setting was wrong. 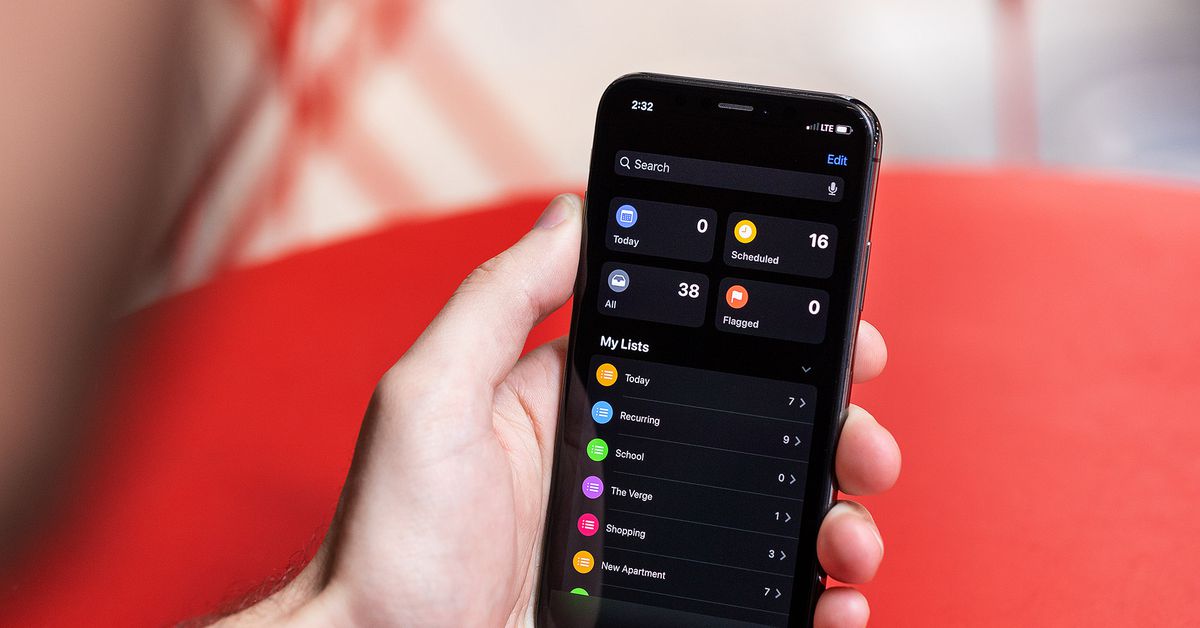 The app is buggy and syncing is broken until Catalina launches

Makes sense with the changes To the app. Hopefully Catalina is available shortly; and doesn’t add more issues.

Given that we’ve seen four iOS 13 releases in a week, I’m glad I haven’t updated yet. With still no definitive Catalina release date, I’m holding off on all OS updates until Catalina launches and reviews confirm that iCloud, Reminders and all syncing is working correctly.

I realize that this thread is about Reminders, but speaking of ‘concerns’, I just did the latest update on IOS and iPad OS. Now I can not sweep a email to the left to delete it. There seems to be a awl-full lot of bug stomping going on in the Apple spaceship.

I haven’t seen this level of problems in an Apple OS and a scramble to fix them in quite a while. I stayed on Mac OS X 10.6.x for around three years, I think, through v.10.6.8, then jumped completely past 10.7 Lion to install 10.8.3 Mountain Lion (which itself came a few months after Mountain Lion debuted). 10.7 was the version that removed Rosetta, and I wanted to keep running a few PowerPC apps at the time so I held fast – and good thing too, because Lion had lots of teething pains.

Mac OS X in general had a lot of speed issues in the first few versions. The first macOS I really felt comfortable in was 10.4 Tiger, which ran great on my 2002-era G4 ‘Quicksilver’ minitower (which I discovered this weekend had been gathering dust in a closet!)

Years before that I did the same thing by staying on System 7 for at least two years, avoiding System 8, and finally, reluctantly upgrading to System 9.

I just did the latest update on IOS and iPad OS. Now I can not sweep a email to the left to delete it.

Works fine here. Another cause. Look for the word “trash” instead of “delete”.

By the way, any experience of how Goodtasks fares in iOS 13?

Yesterday, if I tried to swipe left in mail on iPhone XR, or 2017 iPad Pro, I got a flashing color to the right of my swipe, no text at all. Today, it works. No reboots or anything.

I have had a play with the reminders app and so far it has been disappointing. I would not trust it as my task manager in its current state. I tried adding multiple reminders and only some of them synced from my iPhone to iPad (running iOS 13 and iPadOS). These were not shared with anyone, just personal reminders. I also share a shopping list with my wife and things she has added have not synced to me.

After 2 days, I still have three reminders that have not synced, even after upgrading to 13.1.2. I will not be trusting this with anything important for a while!

I updated to ios 13 a while ago but didn’t update my reminders. My wife just updated ios13 to her phone yesterday, but didn’t update reminders. My question is now can I update my reminders? We have some shared ones I don’t want to lose but if I do it’s not a big deal. I also have the first Apple Watch I still use and my MacBook Pro hasn’t been updated. Will that affect anything at all?

Do not upgrade Reminders until every device that you sync that iCloud account with is either on iOS 13.x, iPad 13.x, or macOS 10.5.x, depending on kind of device.

But if I’m on the original Apple Watch and the software won’t work with it, can I just turn it off on that and my computer? Or will that be a problem? And if I turn it off , I would turn it off in iCloud? I’m not sure where to do it.