I’m trying to setup my iPhone 13 to open with the watch if I’m wearing a mask. But it is not working. Am I doing something wrong or is this a bug? And yes, my watch was unlocked and on my wrist. Thanks @Bmosbacker for bringing this up. I thought I am the only one having this problem. I tried all combinations of restarts, nothing works. I have Series 5 watch.

How does one report bugs to Apple?

Having the same issue. This is a known bug with the 13 and restarts, repairing, etc., doesn’t seem to fix it.

This is the thread that helped me to be patient and wait for a patch.

Edit: since I read the thread there is one person claiming erase and restore fixed it, but that seems to run against the other experiences.

Thanks, I’m glad it is not me. I thought perhaps I was doing something wrong.

Apple has acknowledged its a problem and will be fixed soon. No timeline but I imagine they won’t wait too long to fix. 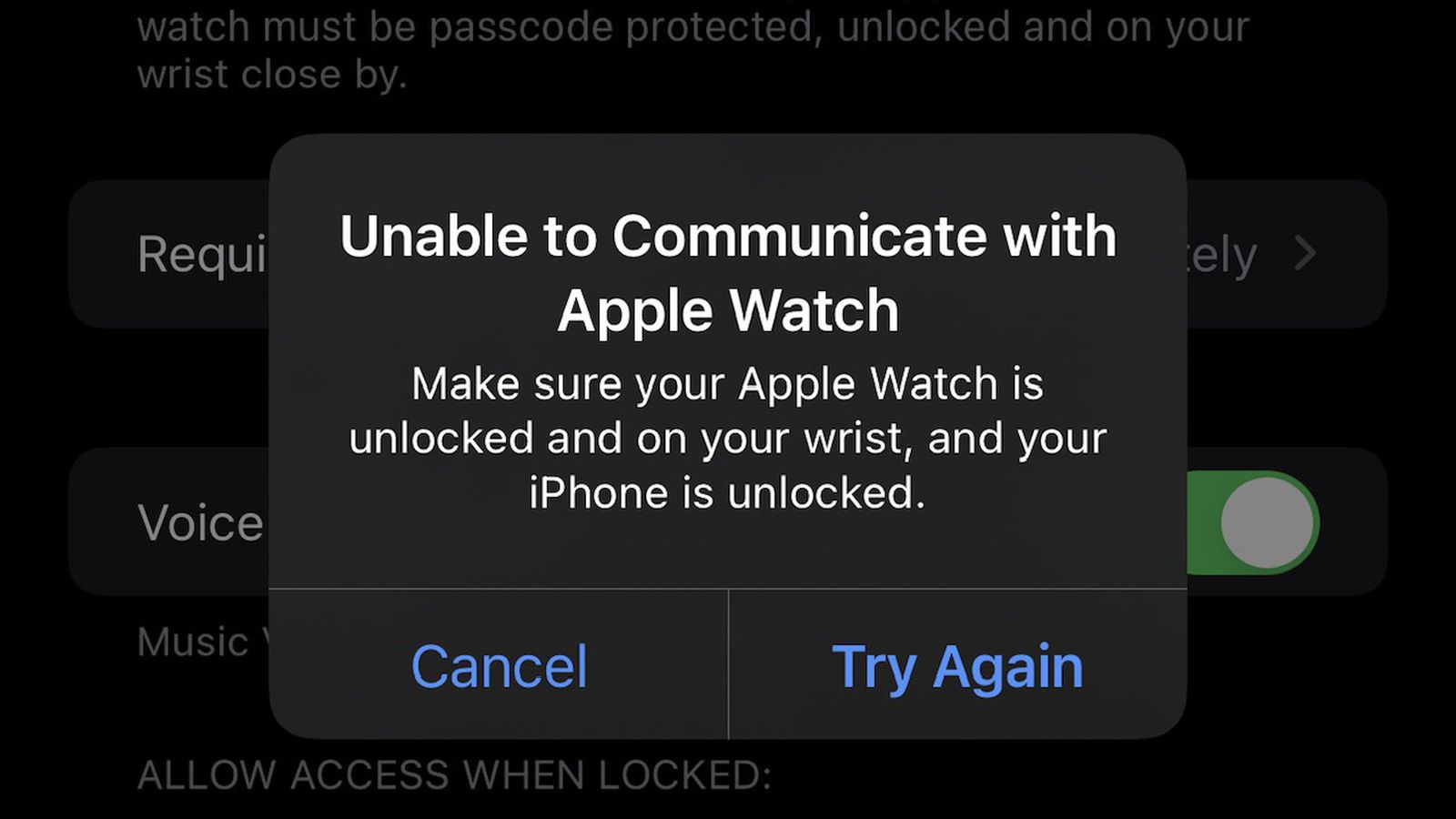 Apple today said an issue preventing some iPhone 13 users from using the Unlock with Apple Watch feature will be fixed in an upcoming software...

I thought this was a beta issue. I was a little frustrated. Good to see it’s being worked on.

This is working again for me in 15.1 beta 2 (installed just now.) I had to go into Settings > Face ID and enable watch unlock after updating.

Thanks for the update. Mine is working now too.

I did the same thing since the stores I’m working at I have to wear a mask.

I previously had the issue and can report that the update fixed it for me.

My Apple Watch told me today that it had unlocked the iPhone. I wasn’t wearing a mask!

I get that occasionally. I figure it just means the sensor didn’t get a good look at my face.

Happens to me all the time. My guess is that the phone sees my face but not long enough and then tries to do watch-unlock, even if I wasn’t trying to unlock the phone but the screen did come on.

Watch unlock is definitely a convenience feature that adds a security gap in accessing your phone, but for me it’s worth that so long as mask wearing is something I’m doing regularly. Post-pandemic, I may revisit.

it had unlocked the iPhone. I wasn’t wearing a mask!

I get it too, at least since the update. It seems to happen if I wake my phone an it has a bit of a view of my face but not all of it.

Watch unlock is definitely a convenience feature that adds a security gap in accessing your phone,

You’re right, but honestly I think that the security implications are very low given that your watch has to be unlocked and very close to the phone in order for it to work. Given that this feature allows me to keep my very strong passcode while wearing a mask I think that it actually results in strengthened overall security.