I’m a newcomer to iPads, but wanted to give the new iPad Pro 12.9 a try, mostly for photo editing. So far, so good, except for one thing: the screen gets a mess with finger prints in a very short time. My wife’s old 9.7 doesn’t seem nearly as bad. Apple says: clean with a damp microfiber cloth. OK, that works, but is a tedious chore. So, anyone have advice for a newb who NEVER EVEN TOUCHED his MacBook screens? How do you clean your iPad? How often? With what? Thanks!

Microfibre now and then (say, every few days). Less often: a pre-moistened lens/glasses cleaner wipe (say, one a month or as needed).

I’ve used iKlear cleaning solution on both my MacBook Pro as well as my phones and iPads for the last few years-- works really well, and it seems to help the iPad screen resist fingerprints. 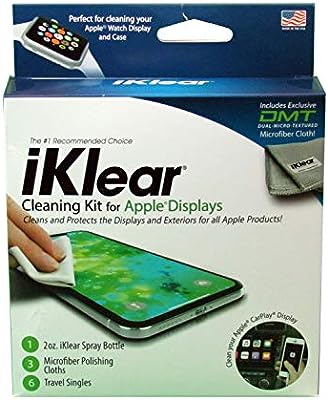 I wonder if the new iPads don’t have oleophobic coatings?

They do have oleophobic coatings, but Apple switched to a different coating (one that is seemingly less effective at preventing fingerprints) when they introduced the Apple Pencil.

How to clean your Apple products

Get recommendations and guidelines for cleaning your Apple computer, iPad, iPhone, iPod, display, or peripheral device.