I just watched this video about the Lenovo Chromebook Duet. It costs just $299, and it includes an attachable keyboard! Chrome OS is much better on tablets compared to Android, so that’s a plus too. 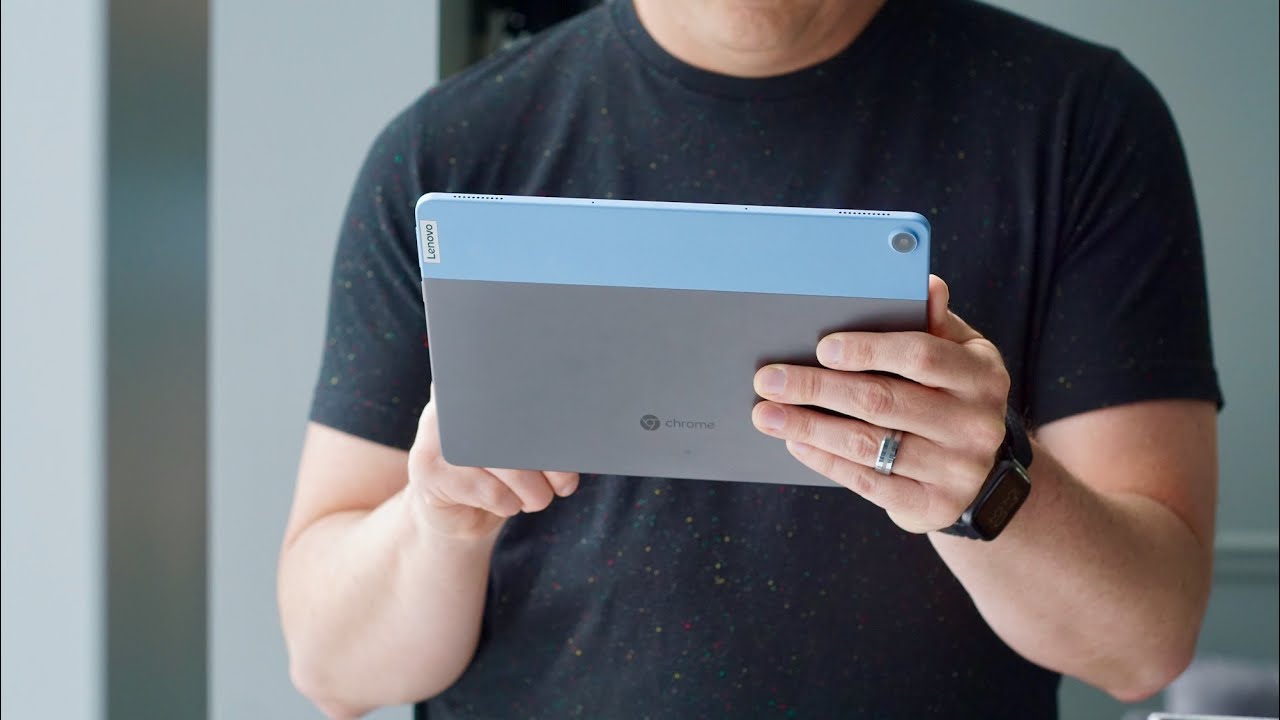 I use my iPad for annotating documents and making hand written notes.

I am too much wedded otherwise to the Apple ecosystem (OmniFocus and Devonthink and Bookends).

I thought chromebooks need internet access to be useful?

I know several people who use a Chromebook for most of their portable computing. I think they’d like this.

We could go on about why this wouldn’t be preferable but I am sure many people, handed one, would get along. Google Docs would continue to get written and edited, etc.

In a true budget crunch, just using a bluetooth keyboard with a phone is probably the best option if the ability to do extended typing is important enough that a bundled keyboard is attractive.

Decent summary here of what you can do offline with a ChromeBook.

Does it rival the iPad? On the low end it absolutely does. I think it was telling though, that the reviewer talked about not wanting to work on it for hours.

For a number of years I’ve been a long term iPad only user bit have just recently concluded a short passionate affair with an HP x360 14” Chromebook. It was i3 Intel with 8Gb Ram. Very, very nice. Fast and good hardware. For basic browsing it’s great. Lot of apps work offline.

I think the Lenovo with its detachable screen would be fine BUT what brought me back to my iPad was the software. I couldn’t find anything elegant to write on. IA Writer didn’t work. Apart from Google Docs nothing floated my boat and there was so much friction when doing anything very productive. Plus I had @MacSparky in my ear telling me not to write in a browser.

So I came back to the iPad and now an M1 Air - which really really does float my boat!

I should’ve probably clarified that “Chromeblet” is the official terminology for Chrome OS tablets in the world of Google.

I had @MacSparky in my ear telling me not to write in a browser.

A very large majority of Google’s products have to be accessed in a browser, so I can imagine that he isn’t too happy about that.

Being a proud owner of a Lenovo Duet, I may be biased, but I think the Duet would be the better choice. Its running Chrome OS so you get the full browser experience and web apps. Also, Lenovo has said that it will get updates for 8 years - although you will probably have moved on to some new bright shiny object before that. And $230 is a great price for that model.

One other thing that blows me away with ChromeOS on the Duet is Chrome’s handwriting recognition in tablet mode. Even just using a cheap capacitive stylus (or even your finger), you can use handwriting for text entry and even pretty skanky handwriting like mine gets interpreted just fine. It has really changed the way I use the Duet. If you want to use note taking software like Squid, you’ll need the Lenovo USI stylus or similar product.

They praised the handwriting recognition and longevity of software support. It will definitely outlast most iPads. Chromeblets are impressive! Well, Chrome OS is impressive!

I think the story that doesn’t get enough attention is the way Chromebooks have ABSOLUTELY ate Apple’s lunch in education.

the way Chromebooks have ABSOLUTELY ate Apple’s lunch in education.

I don’t know what the management options are for iPads in education but some of the things my kids’ teachers can do with the whole school using Chromebooks are pretty impressive. I think they have Youtube locked down to “allow list only” videos during school hours (nights/weekends, they can see anything on Youtube), they can see what’s happening on the kids’ screens in realtime, and can even close down Chrome tabs remotely.

Aside: I did accidentally nerf some of that remote management functionality for a few weeks by getting too aggressive w/ filtering DNS via my pi-hole device.

Add on to this the wide variety of really inexpensive hardware, and ChromeOS’s “just log in and your stuff shows up” nature and it’s no wonder they’ve done so well. You don’t even have to have a Chromebook issued by the school and fully managed by them (though a fully-managed device can be locked down more than BYOD). My son’s school-issued Chromebook broke shortly after lockdown started and rather than wait several weeks to have it taken care of by the school, I ordered one off Amazon (which was not easy - almost all models were backordered by several weeks back in April). Not 10 minutes after we opened the box, he was logged into his school account and picking up exactly where he left off.

There’s a wide variety of apps and services that cater to educational needs and integrate with the Google/Chromebook ecosystem. Which is great until your middle schooler has 5 different systems they have to use just to get through their daily assignments, all with different quirks and methods for submitting the work to the teacher (for example, on one of them you click “Submit” for the assignment, but that doesn’t actually submit it. You have to click “Submit” a second time. And then hope it goes through. Took us a couple weeks of “this assignment is missing” before we got that sorted out).

Also for corporate usage, Apple is far behind.

Some of them have good build quality though. As long as you take care of them, you’ll be fine.

From what I’ve seen, build quality lines up pretty well with price. Higher quality, higher price. A $300 Chromebook’s keyboard isn’t going to last the supposed 8 years that the software updates are guaranteed for, and I’d actually find it hard to believe that almost any laptop used in an academic setting has anything close to 8 years of longevity.

Imagine not bending an iPad Pro for eight years.

Have you ever owned an iPad Pro? I have one, and I have zero issues. Most “bent” iPad Pros are teeny tiny variations in the levelness of the back surface that have zero effect on the usability of the device, which is all that really matters in the academic environment.

As long as you take care of them, you’ll be fine.

Good advice for any piece of hardware - but the nice thing about iPads is that they can be “ruggedized” much more easily than a Chromebook.

do you have any idea what the longevity of these Chromebooks is?

My son is in his 3rd year of the program. The Lenovo he was issued has needed repair twice, once for the trackpad and once for the touchscreen (I don’t recall if they repaired or just swapped the whole unit). I know the IT director for the district and can ask if he can share repair / replacement rates if you like.

However…we didn’t go a full 2 years yet with the school issued unit. He had it sitting in reserve but he’s been using the Acer we bought him in April. It’s holding up well but it never leaves the house.

My daughter had only had hers full-time since March so time will tell.

These Lenovo 300es are very plasticy, a bit heavy for their size, and both the keyboard and display (including the bezels) remind me of my 2007 polycarbonate MacBook. They’re built to stand up to being thrown into backpacks along with textbooks, then bounced around on the bus (I do not think the Acer would take this treatment). A bit lacking in ports (says the guy with an M1 Air en route

Some of them have good build quality though. As long as you take care of them, you’ll be fine.

Imagine not bending an iPad Pro for eight years.

I think the story that doesn’t get enough attention is the way Chromebooks have ABSOLUTELY ate Apple’s lunch in education. Also for corporate usage, Apple is far behind.

Really? Are there any market share statistics to suggest so?

All I can think of are these advertisements… 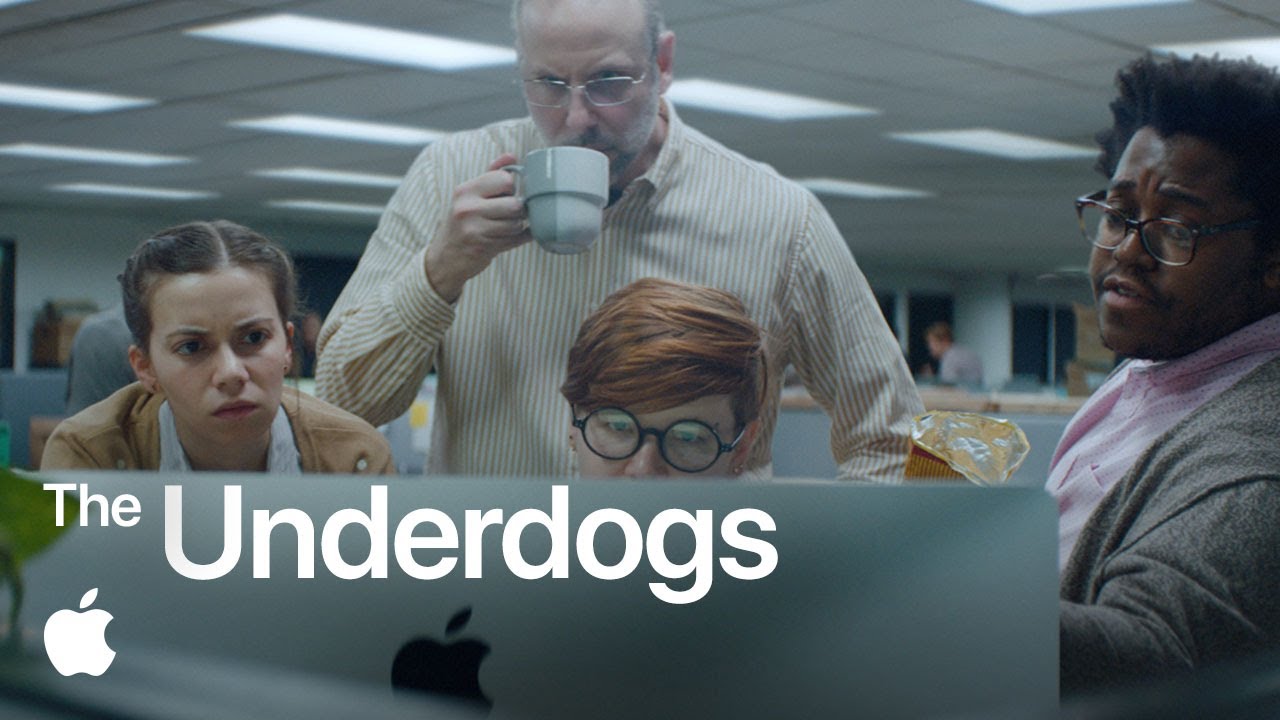 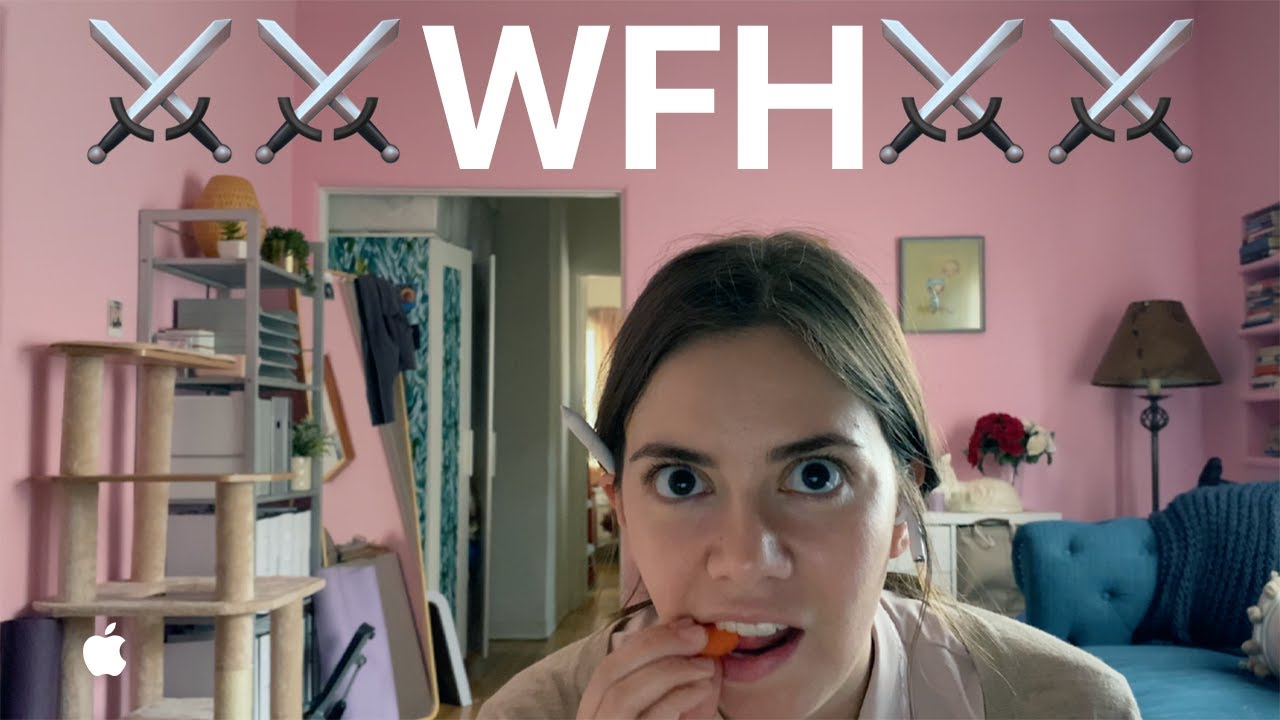 …
Really? Are there any market share statistics to suggest so?
…
All I can think of are these advertisements…

Feel free to google them…

And show us the advertisement for Apple’s counterpart for Windows Server, Active Directory, etc.

And show us the advertisement for Apple’s counterpart for Windows Server, Active Directory, etc.

I think Apple has intentionally abandoned the business market. Things that require guarantees of long-term compatibility, SLAs, etc. don’t seem to be in Apple’s wheelhouse - and probably for good reason.

Imagine trying to do an architecture transition with some of the corporate support agreements and such out there.

That’s not saying that Apple’s hardware doesn’t last, that they intentionally break software compatibility, or even that they don’t market to businesses - but I think their strategy has been “make innovative products”, with a subsidiary goal of making their software a reasonable client computer for the Windows world.

Education feels like a different animal, as I get the impression they’re more interested in protecting their hardware investment rather than a software investment. But I could be wrong.

I think Apple has intentionally abandoned the business market

I honestly think that Apple may be (quite possibly unintentionally) ahead of the game here. I think the idea of corporate/business endpoints may well vanish sooner rather than later. (As someone who’s job it is to secure an organizations information, I’m not completely jumping for joy over this, but I think that the days of Big Corp IT departments as we have known them is rapidly coming to an end.) (Also, I typed “I think” too often, but here we are none the less)