I was looking for an affordable tool for malware protection and removal. If you have recommendations, please list them.

this is interesting. I raised this in another forum post and the general remarks that no AV ( I guess including malware protection is needed) 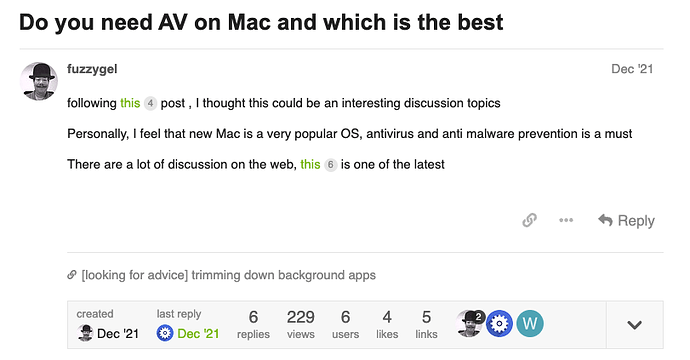 CleanMyMac acts like a virus itself [edit: this is an opinion; it’s not an actual virus] and I would never, ever install it on any of my Macs. It’s one of the few things I’ve disagreed with MacSparky about over the years. I can’t recommend it to anyone.

If you need customization, use Onyx. If you want to clean up the crap after install, use AppCleaner or AppDelete or AppCleaner & Uninstaller.

CleanMyMac itself is a virus itself

No. Just no. Expensive. Yes. A virus or malware? No. Do not confuse it with MacKeeper.

I think a lot of technicians view any sort of utility like CleanMyMac as unneeded. There are apps like MacKeeper and others that are (or are at least borderline) malware, and sometimes people mix things up or paint with a broad brush. Apple pulls system diagnosis info for a lot of AppleCare cases these days. Sending them a .zip of whatever it’s collecting isn’t super uncommon. If your issue was just not beating able to install from Setapp, have you reached out to them, or am I misunderstanding…

And many more posts about that in this community and all over the internet.

No. Just no. Expensive. Yes. A virus or malware? No. Do not confuse it with MacKeeper.

I probably should have been more clear. CleanMyMac is slow, bloated and has constant memory leaks using a gig of RAM. It also insists on having its background process run no matter what.

I’m not referring to MacKeeper, it’s really CMM that I find quite repulsive. Virus is a strong word, but I wouldn’t touch that app with a 50 foot pole.

Very interesting opinion! Thank you for your clarification regarding CleanMyMac not being a virus. Because that really might confuse some people.

I am not using CleanMyMac any longer (too expensive for my use cases). I can only say that I was quite pleased as long as I had been using the application. Which I did for quite some years on several Macs.

No issues whatsoever, no memory leaks, nothing.