Is iOS Shortcuts stable or is it still in beta?

Hi MPUers, I haven’t done much automation on iOS since I mostly use Mac to do it (Keyboard Maestro and Alfred), but was trying out a few things and seems basic things are not supported or buggy. 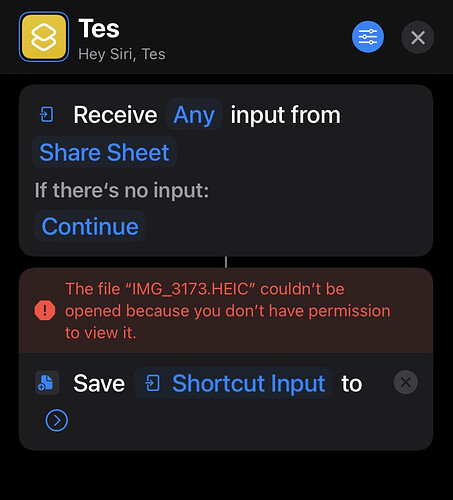 Or, is it just me

PS: Also, I think the UI isn’t that easy to navigate and stutters when there are many objects in it (>10). Never seen this with Keyboard Maestro or Alfred

I’ve always started trying to do shortcut automations and quickly bailed. I get that there’s a mode of thinking that needs to occur but I just feel like Apple hasn’t made the process intuitive enough for people to be able to quickly leverage.

Shortcuts isn’t in Beta (except where rolled out as part of an IOS Beta), definitely not in the same way that the Mac Version was (is still?) in Beta last September.

Shortcuts has been on IOS for a number of years now, but that doesn’t mean that bugs won’t be there or that requested functionality isn’t “Missing”

Like @hmurchison I do not find Shortcuts to be intuitive at all, and I say that as someone who has been programming for… thinks… over 40 years!

And one of the biggest reasons I don’t invest more time learning how to use it? Bugs! Seriously. I tried to set up what should be a simple shortcut to log a timestamp and some pre-written text chosen from a menu. After I got past the dreadful drag-and-drop dramas I got a basic version working. Then when I tried to expand it (and kept having to abandon it to get back to where I’d had it working) I again got frustrated and then discovered that the original version no longer appended any text to the Note. Cue: give up again.

I don’t say this lightly when I posit that shell scripting is easier.

Shortcuts is still quite buggy. Even simple things like copy to clipboard could fail without reason. That being said, it’s still quite useful for simple tasks. I mostly use it to overcome some system limitations, not really complex automations.

I don’t say this lightly when I posit that shell scripting is easier.

I also apply it to Apple Script in general.

The fact that I still cannot use it universally on iPad and iphone is still baffling.

I find creating shortcuts on the iPhone restrictive, but (for example) I can’t do anything Health related on the iPad.

Exactly. I find it way too overrated.

No and no. It’s not in beta and it’s not stable.