David and Katie talk about cutting the cable, Katie's moves away from Evernote, David's experimentation with iOS Mail clients, getting burned when selling online, choosing an email provider, the iOS 12 Beta, and answer listener questions.

My bad experiences trying to buy and sell online from sites like eBay have paralleled Katie’s. Mine were in the late '90s. Given that I don’t think that it’s a recent problem. I decided that it just wasn’t worth the aggravation and it doesn’t sound like there’s much point in revisiting that decision. I’d been considering it because the attic has some old but probably still usable tech that I wish was in the hands of someone who could use it. Thanks for doing the research for me?

Amazon has a history of failing to adequately control counterfeiters in their marketplace. Here’s one rather scary example:

Ever had to buy a new Apple charger from Amazon? Well beware even those labeled as the genuine article — according to a recent lawsuit filed by Apple, 90 percent of them are fake. The iPhone maker... 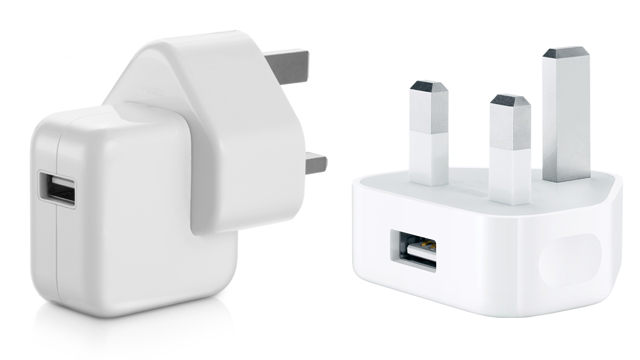 I don’t know if this one has been fixed yet but I see other examples on a very regular basis - ranging from things as simple as scissors and cellphone cases to toys, electronics accessories, and more.

Scammers on Ebay.
Be ruthless with them, insist in getting it back and file a complaint with eBay. And five them a negative rating!!!

I had twice someone wanting to scam me for a Mac Mini where they claimed the new drives were bad and offer me to settle for a “deal” to buy it for parts.

Nope send it back.

Doesn’t get any better down this end of the planet either. I agree with @MacSparky and just donate old stuff to anyone who would appreciate it. The time spent trying to sell stuff oftentimes outweighs the monies received.

As a middle course between selling on ebay etc. or having to take it to a charity shop, try Freecycle. My sister and I cleared a lot of low/ zero resale stuff from my father’s house through the network. It’s amazing what went that would othewise have just gone to trhe skip.

Unless it’s something worth a significant amount of money (like a Mac or an iOS device of relatively recent vintage), the time and hassle involved in selling something just isn’t worth it. I’ll be moving across town later this year, so I’m looking to get rid of anything I don’t need before the move. Everything is either getting thrown or given away.

The opposite of Lumos is Nox.

Unless it’s something worth a significant amount of money (like a Mac or an iOS device of relatively recent vintage), the time and hassle involved in selling something just isn’t worth it. I’ll be moving across town later this year, so I’m looking to get rid of anything I don’t need before the move. Everything is either getting thrown or given away.

I sell a lot of stuff on eBay. Setting up the auction takes ~3min, printing out a label and sticking it on a box not more, stopping at the post office on my commute and shipping it less that 5min. If I get 30 bucks, it’s a fantastic hourly rate. So, what takes so much time and what’s the hassle?

I just wanted to congratulate @katiefloyd for making her well timed point in response to the listener who said her desk was “nothing to be proud of”. I am fortunate enough to be able to buy nice equipment but it does us no harm to be reminded that it is not our desk that matters, it is what we do and the way we do it that we should be proud of. That humble attitude typifies the humanity of this Mac Power Users group.

I came here to say this very thing.
One thing I’ve always liked about MPU is Katie and David don’t assume that everyone is flush with cash. Katie’s statement today reinforced that.

Maybe include a photo of the serial number as one of the auction pictures. That seems like it’d cover you.

@MacSparky, you asked for other email apps you haven’t mentioned. Have you tried out Newton? It’s not cheap but has some fantastic features that I couldn’t live without. Here is a link: https://newtonhq.com Totally worth checking out.

Another email app: Outlook. I don’t see any reason for an end user to prefer it over stock mail. But it provides enhanced security and easier manageability for organizations using it in conjunction with Office 365.

NextDoor might be a good place for many to offload things locally as well.

I too was getting hit and miss behaviour with CEC between my Apple TV and my LG TV. I eventually found a setting buried in the TV settings to turn on LG’s name for CEC which was SymLink. With that on, the CEC turns the TV on and off flawlessly.

So do check your TV settings to see if you can turn on CEC support somewhere in there and check for a manufacturer specific name for the technology.

Years ago, before I knew better, I registered my two personal domains at Network Solutions. I had to click past all kinds of advertising, etc. to do the simplest admin task, and trying to find someone to help with a problem was, IMO, virtually impossible. A few years ago I decided to move to Hover, and used their concierge service. What a difference. The person who answered the phone handled the transfer, which took about two days, and walked me through the parts of the process I had to authorize.

Hover is part of Tucows, a company I have been familiar with since the early 90’s. Tucows is now one of the largest domain registrars in the world. I have been very pleased with Hover’s service.

To @katiefloyd, After listening to your process of copying recipes to Apple Notes, I wanted to put in a good word for the Paprika app, which parses most recipe websites and slurps the chosen recipe into its database, complete with source link for reference. It has all kinds of meal planning and shopping list functions but I just use it to keep recipes. It has a Mac OS version as well but I just use the iOS app because I take my iPad right into the kitchen. Anyway, YMMV, but for me it’s been better than a recipe note file.

+1 for Paprika. Works great for storing recipes, building your shopping list, and for reference while cooking.

Regarding Katie’s problems with EBAY and Amazon, I’ve used EBAY for over 20 years now, although not in the past few years. As it grew it got more problematic. And it’s move from a place where individuals auctioned one-off items to where it’s more of a bazar with storefronts, it’s really not a good place to sell one-offs.

I’d thing that Amazon would be better, and there are sure more hoops to go through there.

And Craigslist was mentioned on the program. It’s just a 21st century newspaper classified ads, and those always were risky as a buyer or seller.