Macbook Pro when is the new one coming

I’ve been patiently waiting for the new Macbrook Pro refresh to come out. i was hoping around WWDC. that has come and gone. its the new fiscal year (i work at a nonprofit) I was hoping to buy a beast of a machine to run several Virtual machines inside. i really want to wait until the new one in hopes that more memory is capable. What should i do?

look at the macrumors buyers guide 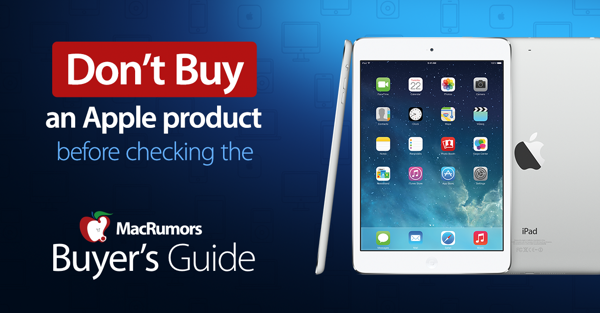 This page provides a product summary for each Apple model. The intent is to provide our best recommendations regarding current product cycles, and to provide a summary of currently available rumors for each model. This page is based on rumors and...

Wait.
Every MacBook will probably be updated this year or never. Together with the keyboard problems I say wait for the next generation MacBook Pro and hope they have fixed the keyboard.

If I had to bet a nickel, I’d say September.

I’d need a Mac that can run Mojave now that my 2011 Mac mini is getting dropped. I think I’ll go for a laptop this time around, but Apple would have to offer something I can actually buy without hating myself first. I’m not getting any of these problematic keyboards, but I’d also like a retina screen so the current Air is out as well. I hope they’ll address the keyboard issue in the next revisions, as otherwise I might have to go with a ThinkPad. I just wouldn’t like to go there as even though I’m proficient in Windows as well, I prefer macOS despite some quality issues that have appeared since they went to the yearly update cycle.

Now during the summer I can survive just fine on the mini and a 9.7" iPad Pro, but in the autumn I’m starting to need more frequent access to apps that aren’t available on the iPad, so I hope the update won’t go any further than September. Oh and I do hope they fix the keyboards. While I don’t like the feel of them based on tryouts at stores, I think I could get used to that, but that reliability is a dealbreaker right now.

Agreed on this fall. What I’m hoping for is a meaningful fix for the keyboard and think that might be why they’re coming in the fall instead of WWDC. I want to go from 13" to 15", but I don’t know if I can justify that much money if the keyboard isn’t updated.

I even absentmindedly found myself considering a high end Dell the other day. First time I’ve looked at a Windows machine since I switched in 2009.

As like others, I am hoping for new a update soon enough, concerning there are little rumours for a MacBook Pro compared to the MacBook/MacBook Air update that Ming-Chi Kuo is talking about. If I was to guess looking at Intel’s lineup, we are halfway between chip releases currently and I hope Apple pushes an update with the current chips and then do another update in June next year with the next ones instead of waiting for the next ones. If I was to guess what would be in the next laptops it’d be:
Intel 8th Gen Processors with +2 cores across the 13” and 15” lineup
Possibly the Vega M integrated chip in the Touchbar Model of 13” to allow it to have a dedicated GPU to improve graphics improvements
Revised keyboard design in response to their Warranty Extension Program
What do you think? Would Apple wait for next year or push one out this year?

Here’s my prediction, based not on any Apple history but just from the standpoint of the calendar. The new Mac hardware will be out in the next few weeks or it won’t be here until October. Financials are reported by the quarter. Why would a company release a product in the middle (or bottom half) of a quarter? Surely you release it as early in the quarter in which it’ll be released as possible to maximize the numbers.

i go here all the time. too much in fact.

yeah its honestly looking like September - November. I think its those keyboard and the processors messing everything up.
i love the feel of the new keyboard.

So, disregarding the possibility that these are all linked to a single ‘leak’, which might be completely baseless, agree with @MacSparky and the others, that September/October is looking likely, at the very least for an announcement…

$1 Billion question would be… will they have a redesigned keyboard?

$1 Billion question would be… will they have a redesigned keyboard?

Well now that they have the repair program going on, it would be somewhat foolish of Apple to release new computers that will require a similar repair program down the road. I hope they’ve done something to the keyboards indeed as I’m not going to buy the current demonstrably failed design especially at Apple’s outrageous European prices.

Agreed. And the four year period is not ideal. Part of the appeal of Apple laptops, was always their reliability - and thereby - their re-sale value.

Why would one want to buy a 2nd hand laptop bought in 2016, in 2018/2019, knowing that when the keyboard fails in 2020, you would have to pay dearly for the repair? Surely that must be a concern for a current MBP laptop owner, knowing that the value on that machine is going to be(?) lower than what it could have been otherwise?

Why would one want to buy a 2nd hand laptop bought in 2016, in 2018/2019, knowing that when the keyboard fails in 2020, you would have to pay dearly for the repair? Surely that must be a concern for a current MBP laptop owner, knowing that the value on that machine is going to be(?) lower than what it could have been otherwise?

Indeed. I don’t have any actual data about the second hand market for 2016-2017 MBPs, but I’d guess they move more slowly than before especially after the keyboard repair program was published. For after all, it looks like the keyboard repairs are just replacing the failed keyboard with a similar component (with the exception that the 2016 version could be replaced with a 2017 version that’s slightly less likely to fail but far from problem-free), so it’s just buying the users some additional time before the next failure.

Oh how I miss the older MacBooks where you could actually perform some DIY repairs and/or upgrades without having to replace half the computer.

John Gruber, I think, said in his podcast that a listener had dropped him an email saying that they had made some changes to the type of alloy used in the switch mechanism, and that this was supposedly making the dust issue less problematic. This person apparently suggested that the major problems might be tied down to specific ranges of the MBP line, depending on when it was manufactured. All conjecture, without any more information, but it might explain part of their reasoning.

But yes - guess they can always extend it - but does make me very hesitant in recommending the current line, until more is known. Certainly made my decision to purchase a mid-2015 MBP far easier - I simply couldn’t justify the costs for a TB MBP, when it appears to be a bit of a lottery on what you might get with the keyboard. Particularly when the more vocal out there suggest it’s not a question of IF, but when…

That all being said, there are obviously many 2016-18 owners who haven’t had issues either… So who knows really…

Yep, there are undoubtedly people who haven’t had issues with the affected keyboards, but the amount of reports all over the Internet plus some I’ve heard face-to-face combined with Apple announcing the repair program suggest that there’s a fire behind all that smoke. It’s a bit of a lottery indeed with the current keyboards and I don’t quite like the odds in that lottery, so I’ll pass on the current MBPs and MacBooks until there’s some concrete evidence about the keyboard issue being solved.

I’ve had a 2016 MBP since a few week after it launched. The only time I’ve had Keyboard problems was after a two year old threw a handful of sand on my keyboard. I was able to clean most of the sticky keys within a few days, but I had occasional stickiness for a few months afterwards. I haven’t had any keys stick in the last six months now.

I think under reasonably clean usage conditions the MBP keyboard will do just fine.

You think there will be updated ones in 2018?