So… For those like myself who were looking to buy or upgrade to a new iMac, are we going to buy the just-announced spec-bump?

I’m running on a pretty decked out mid-2017 27" 5K iMac – thinking of preordering one of these new ones. 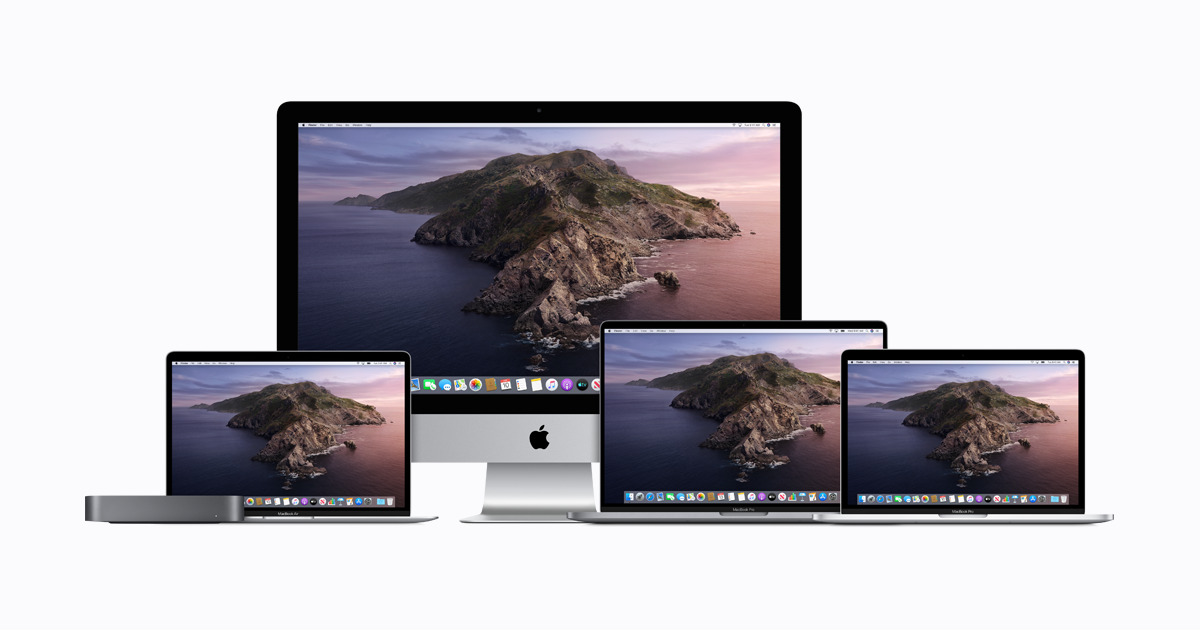 Explore the world of Mac. Check out MacBook Pro, iMac Pro, MacBook Air, iMac, and more. Visit the Apple site to learn, buy, and get support.

For me it’s more Apple Silicon vs Intel (instead of new/old design).

But according to rumours they won’t release a 27" model with Apple Silicon this year.

I have the same machine and struggle to see a need for upgrading unless you’re frequently hitting performance limits currently, in which case an iMac Pro might make more sense. The only reason I could see worth upgrading for is if you still have a spinning HDD or Fusion drive. Beyond that, I doubt the performance bump would noticeable/worthwhile in day-to-day use outside specific/unique circumstances (e.g., high glare contexts that MIGHT warrant a nanotexture display) or your workflows use moderate amounts of multi-core tasks (but not so much to go pro).

Why are you thinking of upgrading?

Waiting for the Apple silicon mini, waiting to see how the other models go before that

Except for the same screen and bezels, very nice upgrades/spec bumps: all-SSD storage choices, 10 Gb ethernet option for $90, 10-core CPU, new graphics processors. I’m tempted to replace my late 2014 Retina iMac, for which I would receive a $530 trade-in allowance. The only downside is the disappointment of the same form factor and 27" screen. I was hoping for a 34" screen and a new look.

Last Intel iMac, for sure. At least it’s a good update.

MacWorld has an article listing (obvious) reasons why to buy an iMac instead of waiting.

5 reasons to buy a new 27-inch iMac rather than waiting for the Apple silicon...

For the last model in the line? No way.

I think you’re probably not going to see larger future iMacs for reasons of diminished portability, increased shipping costs and fragility, and overall cost. Even Microsoft’s Surface Studio has just a 28" monitor. The consumer market for a 34" iMac is tiny, and the cost of high quality monitors meeting Apple’s standards for current iMacs would price the machines out of the market. And it’s easy to add a 2nd monitor.

FYI Ming-Chi Kuo reported that sources in the supply chain said that the first Apple Silicon iMac will be a 24" model. Early this year he said it would come out around the end of the year or beginning of next year, if I remember right. Basically any size 2nd monitor next to a 24" iMac would give you more real estate than a 34" monitor, and be both cheaper than a 34" iMac would be, and be more flexible in choice and use.

I use it for work and routinely ‘hit the wall’ in various ways in various apps… I use Premiere Pro to edit 2.7k60/4k60 footage, Illustrator (which is still mostly single-core-only; but I might switch to Affinity Design soon for the speed increase), Photoshop, Lightroom, After Effects, and some very use-case-specific apps that use all of my CPU…

I’ve successfully talked myself into it: I’m upgrading!

I’ve successfully talked myself into it: I’m upgrading!

LOL! What config are you thinking of getting? Your use case seems like it could warrant an iMac Pro which is a harder choice given it’s getting a bit longer in the tooth but people still seem pretty happy with it, if nothing else for the improved thermal design.

I am very tempted to buy one of these as my 2014 iMac is starting to show it’s age for a daily work machine. Max out everything plus RAM from OWC and you get…

That’s a lot of computer for under $5k

Sounds like you need an iMac Pro… just sayin’

I have a 2017 27 inch iMac that I spec’ed with top CPU/GPUcomponents and a 2TB SSD drive. It’s great. Not upgrading until Apple Silicon machines come out.

I am very tempted to buy …

That’s true. I don’t need it now, but I might someday. Would be nice to have that option down the road.

This is the spec I was going to get, minus the nano-texture glass. I was gonna get 64GB RAM from OWC but what the hell why not just get 128 lol…

Have you seen the nano glass in person?

I haven’t seen it in person, but I’m a stickler about screen quality and reflections drive me nuts. Used to work in post as a colorist and was spoiled on very fancy monitors. I’d like to see one in person before purchasing but doubt that’s an option right now.

Reflections drive me bananas but the anti-reflective screen coating Apple started putting on iMacs around 2017 works great as long as there aren’t light sources (lamps, windows) behind me.

I really doubt I’d go for - or recommend - the $500 nano glass option. I’m sure it would lose most of its value at resale, especially since people would likely be reselling years into the Apple Silicon transition and Intel-based machines would have suppressed resale value to being with.

When I look at the Apple web site, the base 27” model doesn’t show up with any storage upgrades above the base 256GB. The other models do show upgrades available for storage. Anyone know anything about this? Am I missing something?

When I look at the Apple web site, the base 27” model doesn’t show up with any storage upgrades above the base 256GB.

Noticed the same thing and was quite surprised about that (other components can be updated).

But isn’t the spirit of this show and forum to spend money on excessive power and storage just so when you lay your head on the pillow at night you know that “it’s there if you need it”…?

For one hour I made myself available to be thrown a lifeline, a raft, a floatation device; something, –anything– to keep from from plunging into the depths of “maybe one day I’ll need this” agony.

It was not long enough, the order has been placed.

Perhaps Stephen felt like this with the Mac Pro.

Oh by the way, I got the nano-texture glass… I ordered the same spec as the machine you listed above but went w/ 4TB internal and the ethernet upgrade.

What kind of stuff do you do on your iMac that you’re spec-ing to that level?

This is the most I’ve ever spent on a computer and by far it will be the most powerful computer I’ve ever owned (as in, relative to other options at time of purchase - not relative to my ‘powerful 2004 PC’) …

My delivery window is September 1st-8th… excited! (But a touch nervous about the nano-texture glass since I haven’t seen it in person and I’ve heard some people’s stories of ‘ew it’s blurry and dim’…)