Migrating from Gmail to ...?

Been there, done that.

After using their Email import tool I never looked back.

Agreed. A nice thing about my use of Apple Mail and Mailmate these last years as that search is a distant memory.

Thanks Rob. Out of curiosity, what app do you use to check your email? And how long ago did you make the switch?

There was a potential(?) scandal with fast mail right? Something about Australia’s government required backdoors. Do you know if that’s been resolved?

I made the switch about 7 years ago.

The Fastmail web interface is so nice that on desktops (macOS, Windows) I don’t even use an App… (almost; on macOS I use a wrapper App: Fastmate)

On iOS I use Spark (previously Airmail and the default Apple App), but sometimes also the Fastmail App (which is mostly a wrapper around the web interface).

+1 for Fastmail after switching in exactly the same circumstances and asking for advice here. Delighted with it. Coupled with a power email app and Sanebox, never looked back.

The main alternative is probably Fastmail. But if you (a) otherwise like Gmail, (b) are willing to pay for your email and © don’t want email surveillance, consider paying for Google’s GSuite email. $72/yr gets you Gmail (with up to 30 email aliases, and unlimited group email addresses [for a company], and twice the storage of personal Gmail), plus 300Gb cloud storage, you can use your own domain address, and you can integrate email with chat and video. And you can easily migrate your archived Gmails to a GSuite account. Fastmail costs as little as $30/yr (with a paltry 2Gb storage) but if you want to use your own domain it’s in the $50 (30Gb storage) and $90 (100Gb storage) tiers.

G Suite customers own their data. Google does not scan it for advertisements nor sell it to third parties. 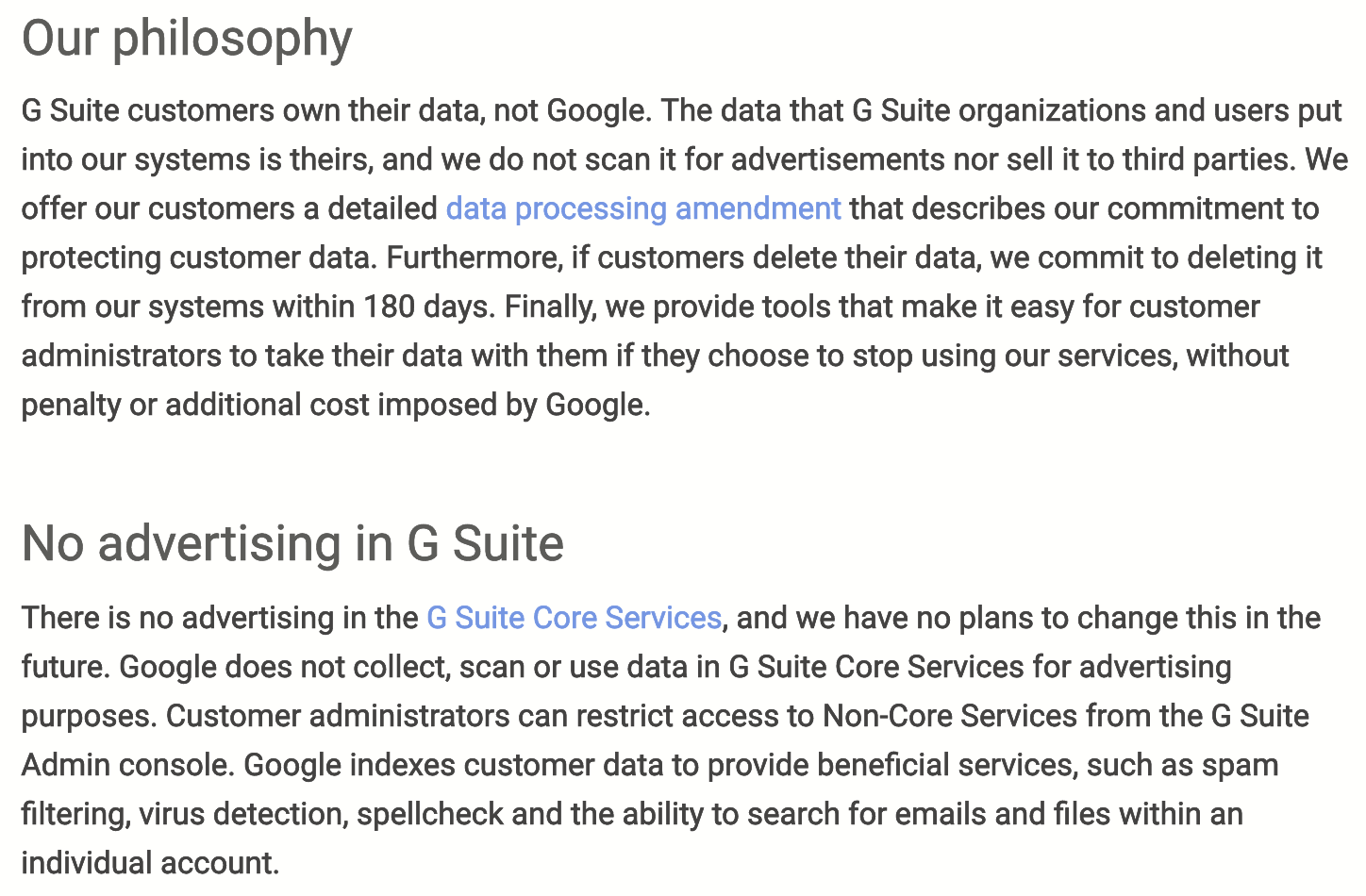 They have G Suite right now.

Ah. Somehow I missed that, thanks. Then with GSuite already he really has nothing to worry about in terms of surveillance/ads, and Gmail has great search and uptime and unmatched capacious storage.

I haven’t moved from gmail but did switch from an ISP email to an iCloud account. One thing that made it easier for me was not using email as a filing system. If I have emails I need to keep beyond a short time I export them as a PDF and save to my filing system.

When I switched I went everywhere I could and changed my id/contact to the new address. I then forwarded the old email address to my me.com address. I then put a rule in effect that put any emails to the old address into a separate mailbox so I knew what I needed to fix.

I have other email addresses that are forwarded to my me.com address so I don’t have to sign onto multiple servers.

The OP was specifically addressing the question of surveillance capitalism, so forwarding from normal Gmail accounts merely closes the barn door after the horse has gotten out.

It’s not just Google that scans email info for ad placement and sales of aggregated customer data: Edison Mail, for example, has a sister company which uses scraped user email data to offer travel booking behavior, info on items sold by companies and their final prices, what groceries, stores, brands are involved, and “research with deep geographic resolution and compete at a granular level”.

This was the main reason I went to Fastmail (for persona) using just stock e-mail apps. Now on top of the privacy, I actually like the setup better than using Gmail.

I understand but there will be a transition period until you get everyone to stop using the old address. Do you still want to get messages from someone that forgot to update your address?

I think that people that store every email they have sent or received on gmail are giving up a lot of personal information.

I too would like to get rid of my personal Gmail address but I have a gmaIl address for junk mail purposes. It is the email that I give to all vendors, agencies, etc. I selectively have some vendor emails forwarded to my Apple email address. I do not want to give out my Apple email address and start getting a lot more spam in my Apple account. So apart from Gmail, is there another solution to this?

I was addressing only the forwarding part of your plan. If you care about your free Gmail emails being scanned and you forward it… it’s still being scanned

I personally wouldn’t rely primarily on Apple’s email system as a replacement. I’ve been wary of using iCloud Mail as a primary because of overly-aggressive spam filtering - and especially blocking mail without telling users. This 2012 story describes secret blocking that refused to deliver a file containing the sentence “All my children are barely legal teens – why would I want to let them drive by themselves?”

Later in 2013 MacWorld confirmed that text or even ZIPed PDF files that contained the nearby words ‘barely legal teens’ would simply be blocked from delivery to iCloud Mail accounts. 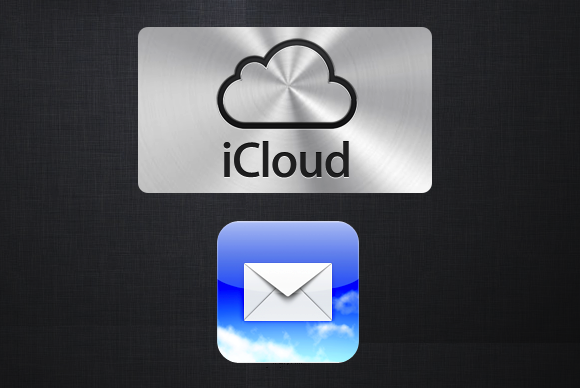 Apple's iCloud email service blocks messages containing certain phrases. Lex Friedman and Dan Moren argue that, because of this policy, folks who depend on email shouldn't rely on iCloud.

Apple never publicly addressed this issue, and I don’t know if it continues to block specific phrases like that. Regardless, Apple does continue to cull what it thinks is spam so that it does not even reach the iCloud Spam folder, so there is always a possibility that you will not get mail sent to you.

If you have your own domain that offers email services you can use that for email address. Create amazon@mydomain.com and see if Amazon gives your email address out. Some offer catch all addresses so something going to qwerty@mydomain.com gets handled even though you haven’t created a specific email address. Some people using this use a unique address for every vendor.

Yes, Fastmail aliases are great for that.

With Fastmail you can even use one of their domains, instead of your own.

+2 for Fastmail. Manage several aliases and my wife is able to have her own account under my master account. Very happy with them.

For spam and potentially shady sites, I have used SpamGourmet since 2003. It’s an amazing service. Bit of a warning that some websites will not accept the domains available and that you’ll want some technical savvy know-how

I second G Suite especially for a personal email. At that point you’re no longer the product since you’re paying for the account. I love the spam filter, labels, and other filters.