This Monday, iPad OS 16 and Ventura will be officially released. Outside of Stage Manger, which is apparently not ready, how are they?

iPadOS I have heard very little about all summer. A lot of talk about Stage Manager, but little else. iOS 16 is fine, so is it safe to assume that this is also safe to install?

With macOS, I heard nothing but bad things early in the summer, but it seems to have died down. Other than some poor design decisions (System Preferences), how is it?

I’ve found them to be very stable in the later betas. There were a few weird issues with the phones for a while but those seem to be worked out. I’ve not even tried to enable Stage Manager, so my iPad has been fine.

Unless work requires it, I don’t install new OSs on production devices until after the first update.

I plan to wait too. My Mac and iPP are working just fine.

Update: After reading numerous reviews and comments the past week I upgraded to Ventura and iPadOS 16.1. I like the improvements to the Files.app, and removed Stage Manager from the control center. IMO it is worthless on an 11" iPad.

What are the features you were most excited about getting your hands on?

Does iPadOS 16 have the wallpaper and lock screen widgets that iOS 16 has?

I only installed the current version of macOS recently before the new version came out. I’ll be a little quicker on Ventura, so long as Shared Photo Libraries look good, I’ve not liked what I’ve heard so far though and want to learn a lot more before I jump.

IOS 16 seems stable enough generally, but I’ve not used Stage Manager much. I tried it, but didn’t like it at all.

I always install those updates within the first few days after the release, and never regretted it yet.
The (widespread) advise to wait until the first update has from my point of view no real foundation.
This assumes, that the Software has some issues, that where not detected during the large Beta Test, but only after the release, and would be corrected only after the first Update.
And while there are even sometimes issues with an software upon release, the advise assumes, that the Release has some faults, but a later Update would be without any faults, and this assumption has simply no base, as there could be faults with every software and Update.

There have definitely been a number of iOS/macOS and Windows updates that were so buggy I wish I would have waited. It was a few years ago, but I remember Apple had a series of updates that introduced some huge bug that they had to immediately pull because they didn’t test it enough. That year there were a series of blunders.

More common is that the new OS breaks software I use though.

And while there are even sometimes issues with an software upon release, the advise assumes, that the Release has some faults, but a later Update would be without any faults, and this assumption has simply no base, as there could be faults with every software and Update.

The advice is based on a history of recent updates that had serious issues for some users, but which were rapidly fixed in the first update. No one clueful ever assumes that any software is without issues. It’s not realistic. There are always bugs.

There are always bugs.

Right, and therefore the advise to wait has no real substance!
Also the first update, or the last update prior to a new major release, could have a serious bug, that affects some users.
If the Update really has a serious issue, you could downgrade onto the previous version.

But the advantages of an update, also regarding the security of the device, outnumbers the risk of some serious problems by a huge factor.

I’ve been using iPadOS 16 beta since the public release, and while Stage Manager has had issues as noted by many, it has gotten quite a bit better in the last couple of releases. The most recent beta has been very solid for me not one crash yet using Stage Manager. Personally, I think that the problems I have been overhyped a bit. And I’m referring just to bugs. Another question to entertain is the design and the function of the feature which some will not like and some will like. I think having it as a feature that is off by default is a good move as only the more advanced users looking for options will take the added step of turning it on. And going back to the split screen is easy enough.

I’ve been using Stage Manager about 70% of the time, and it’s useful in some cases for me to have three windows open without the overlap that one gets with a split screen and slide over combination. I think there’s plenty of room for improvement especially in terms of design, but I find it very usable.

Your comments about Stage Manager are interesting. Gruber posted the video linked below on DF yesterday about how bad it is in its current state. 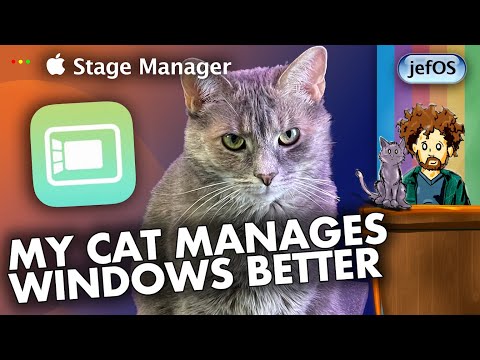 Same here. Sometimes there are reasons to upgrade quickly, like critical security updates. Other times there are upgrades like iPadOS 16 & Ventura that may include some nice to have features but nothing that is urgently needed.

So if there are any land mines I’m content to let others find them.

Personally, I think that the problems I have been overhyped a bit.

Someone should do a takeoff of Roosevelt’s famous quote, and call it The Operating System in the Arena.

Right, and therefore the advise to wait has no real substance!

Yeah, but if I wait then I get to miss the flurry of .01, .02, and .03 releases that have been rushed out quickly as problems have surfaced! And on Mac, M1 operating system upgrades have been huge and have required significant amount of time to download and install. I would just as soon give all that a miss.