Mulling cancelling SetApp. Is CleanMyMac worth it?

I don’t use the other “biggies” like Ulysses. My current list that I have installed and actually use is:

I have a few other ones, but they’re mostly stuff I installed on a lark and could probably do without.

I’m seeing some good sales on these other apps occasionally (right now, for instance, Path Finder, Forklift, and Coherence are all on BundleHunt).

Is CleanMyMac useful enough software that it’s worth the $40-$50 per year that they charge when it’s on sale? Or is there other software that does similar stuff that’s not quite as expensive?

In September 2018 I upgraded to the latest CleanMyMacX when it came out, but I really only use the dropdown menu-app to clean RAM and empty my Trash. (I’ll do a full cleaning maybe once a month now… maybe.) Is it worth $35 to own? To me, probably not, and I probably won’t be upgrading the next time.

FYI both Forklift and PathFinder are significantly discounted in the new BundleHunt.com deal.

FYI both Forklift and PathFinder are significantly discounted in the new BundleHunt.com deal.

Yup - that’s part of the reason I’m really looking into this right now.

Downie and Dropzone are my only other real “life saver” apps on that list. I don’t use PDFPen as much as I used to, and could probably let it drop if I can’t get it inexpensively.

Is there another relatively trustworthy app that frees up RAM? From what I understand it’s a relatively simple process - the app just continually demands more and more RAM until the system is forced to flush out all the misc. stuff it has cached. Then the app releases all the RAM it was granted.

It might depend what you use it for.
I use it to clear RAM and clear space on my MBP when Xcode has taken up loads of space. I could do that manually if I wanted.
I use the space lens sometimes when I am low on space too.

I’m not sure how valuable it is to me, to be honest, but it does provide some utility and I just find it kind of comforting to have. Maybe that’s because I used to be a Windows user, so tools like this were essential.

Incidentally, it was one of the things that I valued in SetApp too. I have just cancelled my extra seat though, so I’m going to see how life is without it on my MBP for a while.

You can purge memory in Terminal for free. But this is a neat free app from well-known dev Rocky Sand Studio, showing your memory usage and allowing you to ‘Recycle Memory’ - and even have the app do it automatically: 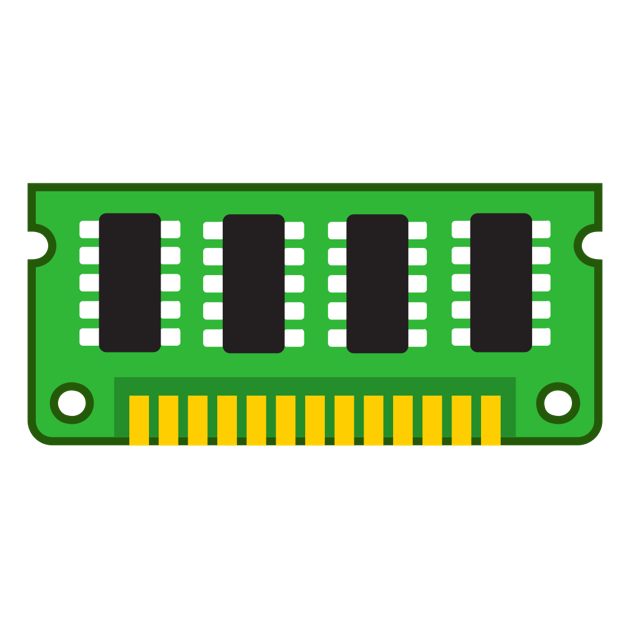 ‎*** Featured by Apple in "GET STUFF DONE" and "INVALUABLE UTILITY" *** - Engadget - "Tells you what things are draining your computer's memory." - Lifehacker - "Does a good job of keeping you informed and looking good." Memory Diag helps you to...

I didn’t know that about Terminal - that’s pretty cool.

And Memory Diag is a super-slick little app. Even knowing how to do it in Terminal, it’s cool to have a little dashboard that shows what’s going on overall.

Is CleanMyMac useful enough software that it’s worth the $40-$50 per year that they charge when it’s on sale? Or is there other software that does similar stuff that’s not quite as expensive?

I really do not trust CleanMyMac, and would warn people to look very carefully at what it is going to do, because I think it will eventually break legit apps if not used with caution.

Is there another relatively trustworthy app that frees up RAM?

In my opinion, freeing memory isn’t something we need to do. Just like cycling batteries isn’t needed.
The XNU/Mach/BSD kernel has sophisticated memory management built in. When an application needs more memory, the kernel will take care of spooling to swap, or freeing unused memory.

I really do not trust CleanMyMac, and would warn people to look very carefully at what it is going to do, because I think it will eventually break legit apps if not used with caution.

Why do you think that?

In my opinion, freeing memory isn’t something we need to do. Just like cycling batteries isn’t needed.

I can tell you that I’ve had a couple of times where I’ve had 32 GB of RAM full and 10 GB of swap space used, with (presently) relatively light system load. I think there were some Chrome things that went off the rails and just kept gobbling RAM.

Freeing memory with CleanMyMac actually did solve the problem.

But those are rare. It’s the sort of thing where I like having the tool to do it, but where I don’t break out the tool all that often.

In my opinion, freeing memory isn’t something we need to do. Just like cycling batteries isn’t needed.

That really isn’t true, especially when your system repeatedly fills up RAM and thus slows down your system by saving to disk. Many apps leak RAM too and it’s easier to clean up RAM than quit and relaunch. I have 40Gb RAM and usually have a few dozen tabs open - using an extension that “sleeps” tabs not visited after x minutes recoups RAM in Brave, but Safari can still suck up ridiculous amounts.

Edit: I recently wrote about this (with screenshots) here.

using an extension that “sleeps” tabs not visited after x minutes recoups RAM in Brave, but Safari can still suck up ridiculous amounts.

What’s the extension you use for that?

The Great Suspender. It’s one of the most used and highly-rated Chromium extensions.

In my opinion, freeing memory isn’t something we need to do.

My Mac is good at not crashing when RAM fills, but I regularly use it with immediate, very noticeable, positive effect on my 16GB machine. It slows down to a crawl at times.
My 32GB machine has no such problems.

This is only when multitasking with apps like Final Cut, XCode, Chrome (bonkers to me that a web browser is in that list) and I know how to avoid it happening, but I prefer to push my machine to work how I want it to and clearing RAM lets me do that.

My Mac is good at not crashing when RAM fills, but I regularly use it with immediate, very noticeable, positive effect on my 16GB machine. It slows down to a crawl at times.
My 32GB machine has no such problems.

I was experiencing that too with 16Gb RAM, but in situations that aren’t uncommon for me I experience them with my current 40Gb RAM as well. I currently have six apps open, and two dozen menubar utilities, and 49 tabs open in Brave (most RAM-suspended) and 15 tabs open in Safari. 40Gb RAM installed and this is my current RAM situation: If I hadn’t auto-suspended those Brave tabs (I’ve got a backlog of 6 unwatched YouTube videos alone that would have eaten up RAM in preload) I’d have been left with less than 4Gb RAM and a lot of data would have been written to disk, which, in combination with reading from disk to retrieve it would have made the Mac decidedly sluggish.

Add in the fact that Chrome and Chromium apps have a tendency to experience memory leaks when used over long periods (and I only restart my Mac every 3 weeks or so) and purging RAM becomes a real necessity if I’m not going to quit and restart apps.

I close Chrome frequently because I hate it, so that must help. I think it is the worst memory and power hog on my Mac (and I use FCP, Xcode, Studio One a lot; Graphic is bad here too) and it makes me sad to think just browsing the web is so unnecessarily bad for the environment.

I find that Chromium apps - Brave, Epic, Vivaldi, etc - are simply faster than Safari and handle most web pages better; for some reason Safari tends to bog down when visiting some websites. But Chromium apps can use any of Chrome’s extensions, and I use a ton of those, ranging from privacy enhancers to ad-blockers, to extensions that customize Reddit and YouTube, to ones that save webpages as epubs, or implement dark mode on pages with a click, or enable right-click on sites that try turning it off, or grabbing RSS feeds, or block tracking pixels in email. Firefox is a quite good browser too but has far fewer useful extensions.

And the built-in ad-blocking in both Mac and iOS versions of Brave (using, from what I understand, the guts of uBlock Origin) is very convenient, especially on iPhone.

Big Sur is supposed to make it easy to translate Chrome extensions for use in Safari, so it will be very interesting to see how things shake out next year.

Out of curiosity, is there anywhere you’ve shared the list of your favorite Chrome extensions? It sounds like you’re more into that ecosystem than most.

Here’s a portion I listed in another thread:

Alternative to 1Blocker for Mac

No iPad currently. When I need to access bookmarks/tabs I’ll use Safari or Chrome (which sync between Mac and iOS). Brave doesn’t sync yet, I don’t think, but it’s coming. On Chrome I use the following privacy plugins (all or most work in Brave as well): Nano Adblocker Nano Defender AdNauseam Decentraleyes Personal Blocklist (by Google) PixelBlock (Gmail tracking blocker) Privacy Possum Video Adblocker for Youtube™ There’s some overlap (like Pixelblock and Privacy Possum).

And I mention another couple here:

Which is your primary browser on the Mac? Software

The Chromium fork browsers rip out Google ad-tracking, and Chromium is the de facto supported browser as a result, used by everything now from Brave to Microsoft Edge to Vivaldi to Opera and Epic and more. And Chrome plugins, useable on Chromium browsers, offer such a huge variety of useful extensions that it’s tough to discount them. I think that out of the box Firefox, Epic and Brave offer the best privacy controls as they have built-in ad-blocking, but the depth and variety of privacy extensi…

By the way, if anyone is looking for a Safari alternative, the Tab Suspender works really well.

‎Reduce your memory and CPU usage by up to 60% and indirectly your battery consumption by automatically suspending the tabs you aren't using. How many tabs do you have open that you have not used in hours or even days? That could be making your...

Why do you think that?

Because of its history. CleanMyMac has broken apps in the past, including 1Password and DevonThink.

CMM looks better if it finds more things to purge, and so it tends to be overly-aggressive.

You’d have to be very careful not to have that break your apps over time.