My Basement Office Set Up - sgclark 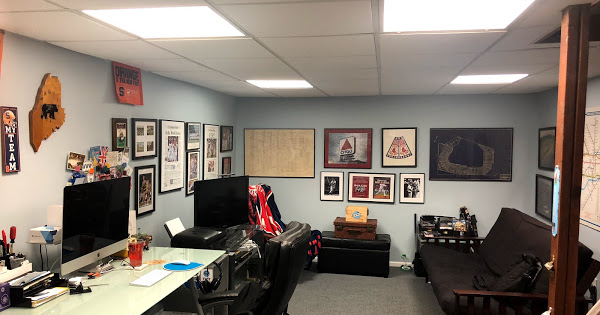 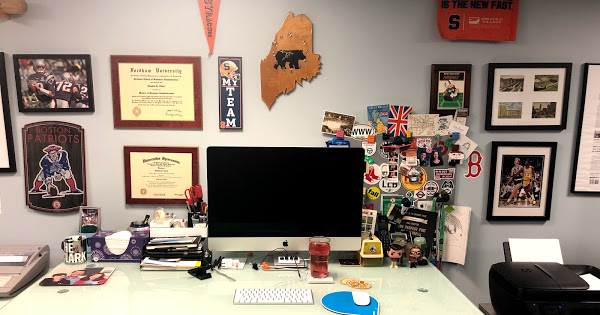 Panoramic View of my Office/Basement/Man Cave

Here is my basement ‘office’/‘man cave’. The panoramic makes it look way bigger than it really is.

I have all sorts of collectable knick knacks on the walls, in the black cabinet, etc. I have a lot of sports stuff - avid sports fan with loyalties to my hometown Boston teams and my alma mater - Syracuse University. The walls to the right of my desk are a pseudo ‘shrine’ to the 2004 Red Sox team that won the WS.

My actual desk set up:

you have a fair bit of memorabilia in a small space. i’m always a bit jealous of well organized offices.