Not exactly the update I was hoping for. Hopefully my 13" MBP from late 2013 can hold on a little longer. 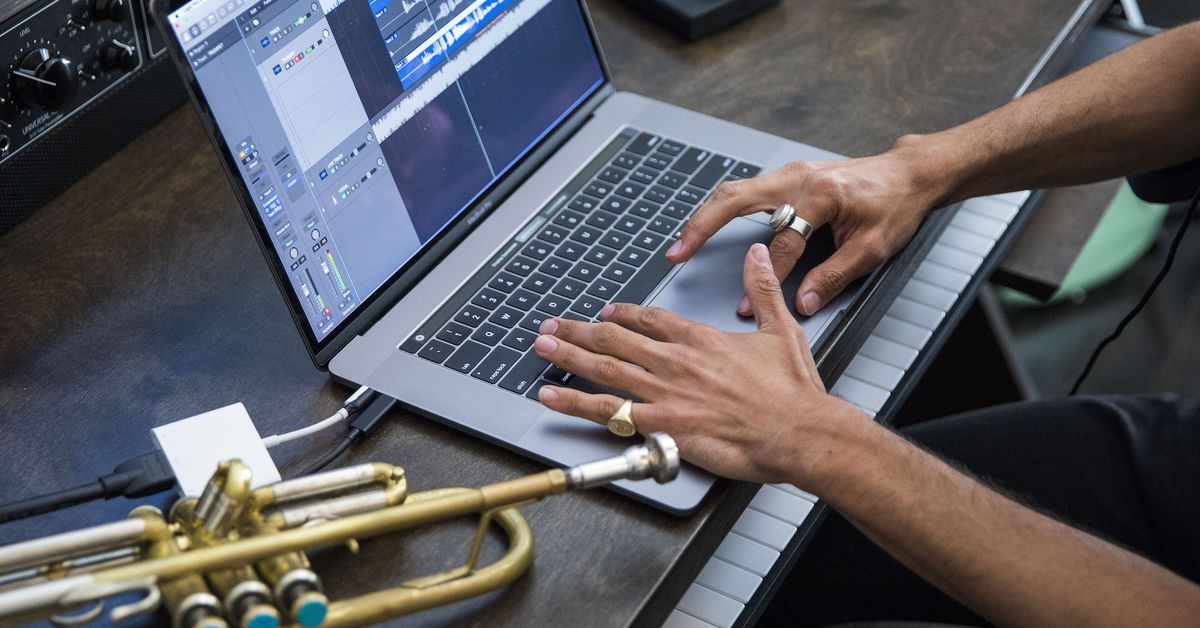 Only for the Touchbar versions, interesting…
Although I don’t need a new MacBook this is not the update I was hoping for.

I have a 2016 MBP which I routinely use with Duet on a 10.5 iPad Pro. The MBP doesn’t have TrueTone but the iPad does. I’d consider upgrading just for that.

Also the suggestion in the article that the MBP needs a resolution bump is just silly.

The 32gb option on the 15" will make some folks happy.

This is not the update I was hoping for either (particularly on the low end 13" MBP. Still hoping for an update to the MB Air in the next month or so.

Its a rumor, just wait a few more months for the release of the real thing by Apple.
The only real updates needed is a fix for the keyboard and option for more memory.

Not a rumor. They’re in the store right now.

Looks like Apple has stopped selling the 2015 MBP as well, which had other ports besides Thunderbolt 3. The new models that came out today only have Thunderbolt 3.

New leather sleeves for the new MBPs as well! Nice!

I’m worried about the keyboard. Apparently this is the gen 3 butterfly keyboard and apparently it’s quieter with the same amount of travel as before. The real question is whether the poor reliability has been fixed, but I guess only time will tell.

For me the timing suggests Apple thinks they have fixed the keyboard, with this coming shortly after the extended warranty thingy.

The new 2018 MacBooks have significant internal upgrades, but many other features remain, for me, a pain point.

I really wanted them to step away from the ultra low key travel keyboards and perhaps meet many of their consumers half way and find a balance between the current butterfly keyboard and the MacBook Pros 2015’s. Despite so many people hating them, they chose to go ahead anyway. I understand that lots of people like the new keyboards, but to me its clear that lots all either don’t care or hate it. It’s not a good idea when so many of the existing fan base neither case or hate it or from what I’ve read online, many users are not buying the latest MacBook on this basis alone.

We still have thick bezels.

The touch bar is frankly useless. I can only imagine they kept it in because they have many spare and need to sell them off before they can ditch it because they are not ignorant enough to believe the Touch Bar was a success. But maybe, they looked at the sale figures last year and concluded it was a success, I’m sure many people were suckered into buying it and this improved sales but from a functionality perspective, it added nothing. It’s was and still is a marketing gimmick. It looks cool.

I recently bought a considerably upgraded MacBook Pro 2015 for £870 that’s as good as new. And I would have upgraded to the latest MacBook in a few months if the keyboard had improved and a non-touch bar version offered, but the way Apple is going it could be years until I upgrade.

I actually find this positive, it means they have something else up their sleeve (pun intended) for september.

I expect, and hope for, macbook airs - all new - and maybe a mac mini refresh?

Looking at the new pricing, it looks like the made a gap for it between the ipad pro and the 13” macbook pro

At this point given I’m rocking a 2010 White Macbook with 8gb of RAM and an SSD, I’m about ready to upgrade to anything Apple throws at me. Part of me is bummed with the updates being Touchbar only though if they quietly release updates later on that would be great. Sure the MBP I’d like is kind expensive at $2,400 but given my Macbook has lasted for 8 years and I’d imagine this one will last for 4 or 5, I think it’s worth it. Granted with the keyboard stuff if I’m really wanting a clicky keyboard I could always get a mechanical keyboard and an external larger display. I’d be curious what the Geekbench scores will be, I’d imagine it’ll blow my current computer out of the water.

I stand corrected. Siting The Verge trew me off thinking it was a rumor.

I dont have an issue with the touch bar. The old row of F keys is useless as well.
All we use it for is brightness and volume. Witch works just as well on the touch bar.
However the touch bar has a better future then the ourdated F keys.

Want a clicky keyboard?
There’s a place where people like us go.
https://www.reddit.com/r/MechanicalKeyboards/

The Verge reports that the keyboard is not redesigned to address the reliability issues:

This new third-generation keyboard wasn’t designed to solve those issues, Apple says. In fact, company representatives strenuously insisted that the keyboard issues have only affected a tiny, tiny fraction of its user base.

Well, Apple says the keyboard redesign isn’t because the old one was unreliable. That doesn’t mean that the changes to the keyboard aren’t meant to address reliability.

I’m going to hold judgement when the tech reviewers get them and I get to play with them at the store.