Come on! There are many threads here about the lack of support by Fujitsu and you still recommend it!? Also, you say you haven’t heard any other hardware scanner recommendations lately… You probably missed all posts by people that are perfectly happy with their Brother document scanner.

You are giving pretty bad advice here. And yes, I’m a dissatisfied Fujitsu owner. The scanner was okay. The software - even when it worked - far from perfect (no need to mention that it was an app that’s constantly running in your dock).

Of the threads that I’ve seen, people have been unhappy about the lack of support for older scanners with the new 64-bit software.

But have they been unhappy with the scanner itself? That’s news to me.

Yes I’ve never loved the app living in the dock, but I have a Mac mini server that takes care of that so it doesn’t really bother me.

To be fair, I’m not a heavy duty scanner user. If mine broke tomorrow I probably wouldn’t rush out to replace it.

Fujitsu has had plenty of software issues over the years (I just did a reinstall of the software recently and its still overly complex and needed to be run multiple times to get all of the updates).

But I’ve always been fairly happy with the scanner’s performance once it is up and running. (See previous comment about lack of heavy duty use.)

I went for a MFU with duplex-ADF. IMO, dedicated document scanners do nothing better and are in general overpriced. I’ve got a whole color laser MFU with all bells and whistles and it still costs less than a separate document scanner from Fujitsu.

No need to leave it running in your dock if you have Keyboard Maestro. Flip the lid of the scanner open and this macro will launch the software: Sure. I’ll buy another $40 application to make the Fujitsu stuff function properly…

Keyboard Maestro is on sale for $16.15 at the moment. Hugely useful app even aside from the ScanSnap trick.

Fujitsu scanner owners’ woes are not limited to scanner obsolescence due to discontinued software support. What should be equally disturbing is the change in software licensing of the new 64-bit software. The new software restrictions can substantially limit the use of your $$$ expensive scanner in certain circumstances, even something as simple as using substitute computers - a commonly-encountered situation. Here is a link to another thread in this forum discussing this issue:
https://talk.macpowerusers.com/t/64-bit-fujitsu-scansnap-app-finally-out/9769/16

I would hate to buy a high-cost scanner, only to later encounter difficulty in selling the scanner or otherwise transferring ownership to another, or the inability to use the scanner from other computers in my possession, or even clean re-installs of software in an existing computer.

Another point to ponder is Fujitsu’s history of late software updates. Last year’s release of macOS High Sierra changed the portion of macOS associated with handling of PDF files. The functionality of scanning to multi-page PDF files from Scansnap scanners was destroyed. Despite the pre-release availability of the macOS changes, it took Fujitsu several weeks to release corrected versions of the ScanSnap Manager software. My scanner was effectively unusable for its most-used task during that period.

Fujitsu’s hardware might be good, but Fujitsu’s software has a less-than-stellar history.

I purchased this Brother printer to replace my Scansnap. Very happy with it.

Here’s a review of the Epson ES-300W by my good friend @podfeet:

You didn’t mention volume. For low volume, you could use your phon or iPad with Scanner Pro by Readdle. It has an auto mode, of sorts that speed up the process. When it detects a page in the camera’s view, it takes a pic. Pretty easy to flip through a doc with one hand while holding the phone with the other.

We picked up a Brother sheet fed
scanner for my wife and it can
output to a USB stick. It’s
fantastic. I don’t recall the model,
Cost about $350.

Chris, that is so awesome! I’ve had Keyboard Maestro for a couple of years but I never noticed it could trigger from a USB device connected. Upon reading this I immediately tried it out and it worked perfectly. This is the best tip I’ve ever seen on this forum

I guess I really need to spend some further time learning Keyboard Maestro! I use it daily, but just do the same few things.

As for scanner recommendations, I agree with many others here, I’ve got a Fujitsu S1500M that I’ve had for 8 years and I’ve probably run 20,000 pages thru it. I love love love the hardware, it’s super fast and bulletproof. It appears to me that there’s no reason it couldn’t run another 8 years. The software, on the other hand, has always been super clunky. And I think it’s inexcusable that they are not supporting older scanners with the newer software. They charge a fortune for these devices, claiming that you pay more for quality. The hardware lives up to this, but if the software goes away, what good is quality hardware? I need a second scanner for a new office, but I’m really reluctant to give Fujitsu any further money at this point. For my existing scanner, I’ll probably hook it up to an older Mac mini once it doesn’t work on my every day machine, and just run it over VNC.

Thanks! I believe I originally learned that trick from @katiefloyd.

I’m in a similar position to the original poster. I had always assumed I would be getting a Fujitsu but clearly many users are having issues with them. I would love to hear from any owners of Brother scanners. I have a Brother multifunction printer which has been great for over eight years. However, it does not have duplex scanning.

I’m sure you all have seen this link. They don’t discuss the higher end Fujitsu. https://thewirecutter.com/reviews/best-portable-document-scanner/

As @drfierce noted,Wirecutter’s top two picks were $200 Brother units and their ‘upgrade’ pick was a $600 Epson.

Two weeks ago PCmag also listed their top document scanners (check for Mac compatibility), and none of the top 10, ranging from $150-$3000, were Fujitsu models: 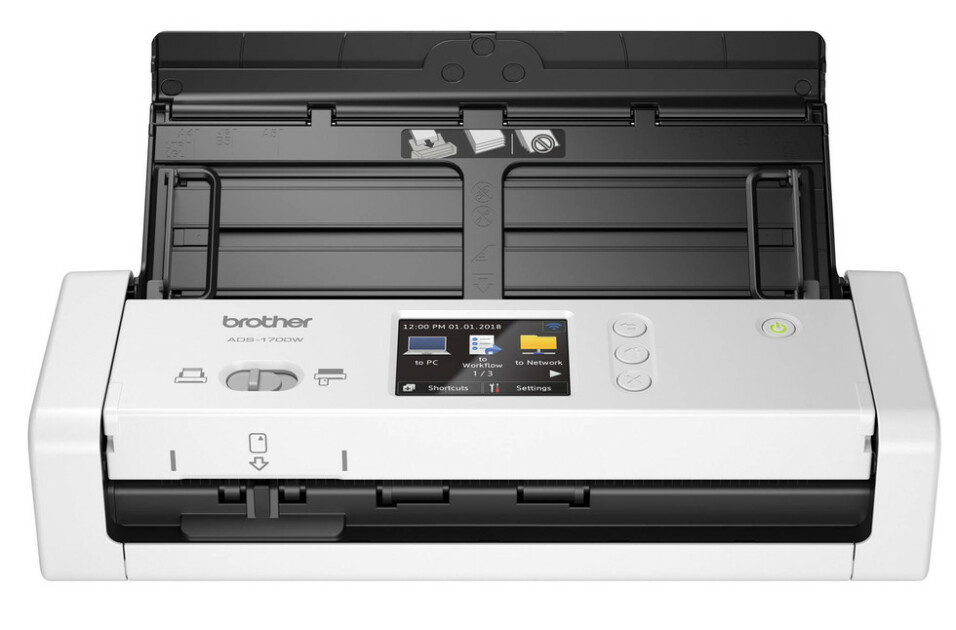 Whether you need to scan stacks of family photos, scores of documents, or even just the occasional business card, there's a scanner designed for the task. Here's how to shop for the right one.

Both of those seem like very bad signs for Fujitsu. Not even getting a mention is pretty severe.

I don’t scan enough to justify buying a new one when this one dies, but I’d still be interested to know what people find as a better alternative.

I don’t scan enough to justify buying a new one when this one dies,

While I use my ScanSnap at home, at work I’ve been doing occasional scanning using my iPhone; either using the feature built into Notes or the Scanner Pro app.

Both of those seem like very bad signs for Fujitsu. Not even getting a mention is pretty severe.

They deserved it. I mean, at some point in time my Canon all-in-one wasn’t supported anymore too. But that was a less than $100 devices. Not a $300 single purpose thing like the ScanSnap.

I own a ScanSnap but with the new software update, I can’t recommend it. If I was in the market for a new scanner, I doubt I’d buy Fujitsu right now.

This is particularly maddening. After not paying attention, upgrading to Mojave and discovering that I can only install Scansnap home on a limited number of computers I was livid. Really wish companies that did this were constantly and completely shamed so it goes away. I won’t be purchasing another Fujitsu product and I ADORE my scan snap