No 3D Touch on Xr. New ways to simulate?

I’m a little confused. On my 8 Plus or Air 2, I’ve always used the following functionally, among others.

How would one do that without 3D Touch?

What is Haptic Touch on iPhone 11 and iPhone XR? - AppleToolBox

Wondering what haptic touch is on your iPhone 11 or XR vs 3D Touch? Learn more about this feature and how iOS 13 and iPadOS expand on it.

Thanks for this. For all intents and purposes, haptic touch is just the next generation. Stupidly confusing but nice to have that feature as much as so many people never use it.

Just a quick clarification that no iPad of any generation, including the current generation, has ever included 3D Touch or anything similar.

Thankfully iOS has created many more affordances for 3D Touch-like interactions can be accomplished, and the Haptic Touch on the iPhone XR is a further evolution of those affordances.

So out of curiosity, if I long press on the tab icon in Safari on my iPad and it brings up a menu, what is that called? There’s a difference between a press and a long press.

if I long press on the tab icon in Safari on my iPad and it brings up a menu, what is that called?

When iOS 11 arrived we ended up with a total of five tap types:

The XR will duplicate what happens on an iPad (long press has been around on iOSfor six years now), but with haptic feedback to make it feel like 3D Touch. Though probably slightly slower, I assume. I look forward to trying it!

Yep, a long press is just a long press. Different from a 3D Touch (try hard-pressig a link, album in Music, message in Mail, or thread in Messages on your iPhone, and try the same on your iPad. You can “peek and pop” the item on your phone with 3D Touch, but no amount of tapping and holding on your iPad will produce the same result).

a lot of 3D Touch functionality can now be accomplished with long presses, but not all!

a lot of 3D Touch functionality can now be accomplished with long presses, but not all!

iPads don’t have it, and for technological and expense reasons may never. Combine that with the fact that 3D Touch was only introduced with the 6S four years ago yet through discoverability failures never really took off with most people, and it suggests to me that it’s on the way out, and that the XR (and iPads, and possibly all future phones) will be more robust full alternatives without that tech.

iPads don’t have it, and for technological and expense reasons may never.

Yes, indeed, that is precisly the point I’m making

iPads don’t have it, and for technological and expense reasons may never.

Yes, indeed, that is precisly the point I’m making

And the point I was making was that the “not all” functionality may be addressed sooner than later if the writing is on the wall for 3D Touch.

Ah I understand! Indeed, the number of things accessible only with 3D Touch is dwindling! I wouldn’t be surprised if we see Haptic touch (or whatever the 3D Touch replacement ends up being) is across the entire iOS line. The XR seems like a “test” to see how people respond, what needs to be tweaked, etc, to make it work.

Challenge will be, I think, getting the Taptic Engine to be effective on a large device like an iPad!

People have been speculating about that for over six years!

So just got and played with the Xr. Aggravating that I can’t long press on the phone icon to bring up options like favorites. I used that all the time.

How aggravating was it on the iPad for the last 8.5 years, lol.

It seems that between the iPad, the XR, and the plausibility of 3D Touch being removed from future iPhone models, you’ll see alternatives soon enough. As reported in a review in The Verge, Apple said they’re working on this, “but that it’s going slow to make sure the implementation is right.” 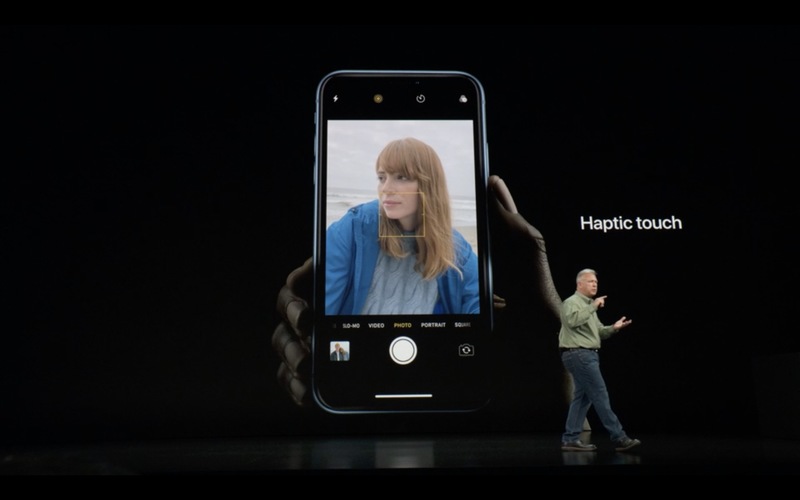 By now, you've probably heard that the iPhone XR features a new technology called Haptic Touch instead of the usual 3D Touch. Haptic...

Honestly, not actually too bad because the main reason I used 3D Touch on iPhone was to make calls which I didn’t do on the iPad.

There were some other reasons that I should’ve used it on my phone but for some reason, it never caught on so that’s now a good thing because then I prob would’ve stuck with my 8Plus for another year.