Photo albums on mac and phone

Albums created on your Mac do not appear on iOS devices, at least through iOS 11 (pretty sure this is the case as of the current iOS 12 public beta as well).

Edit: @Evan is correct, albums sync. Smart Albums (which the majority of my albums are) do not appear to sync.

Photo metadata and named faces do sync across all your devices.

My albums sync over. I have albums going back to 2015, broken into the quarters of the year (not sure of Apple’s terminology- folders?). Most of those I created on my Mac, and they appear on all my iOS devices, 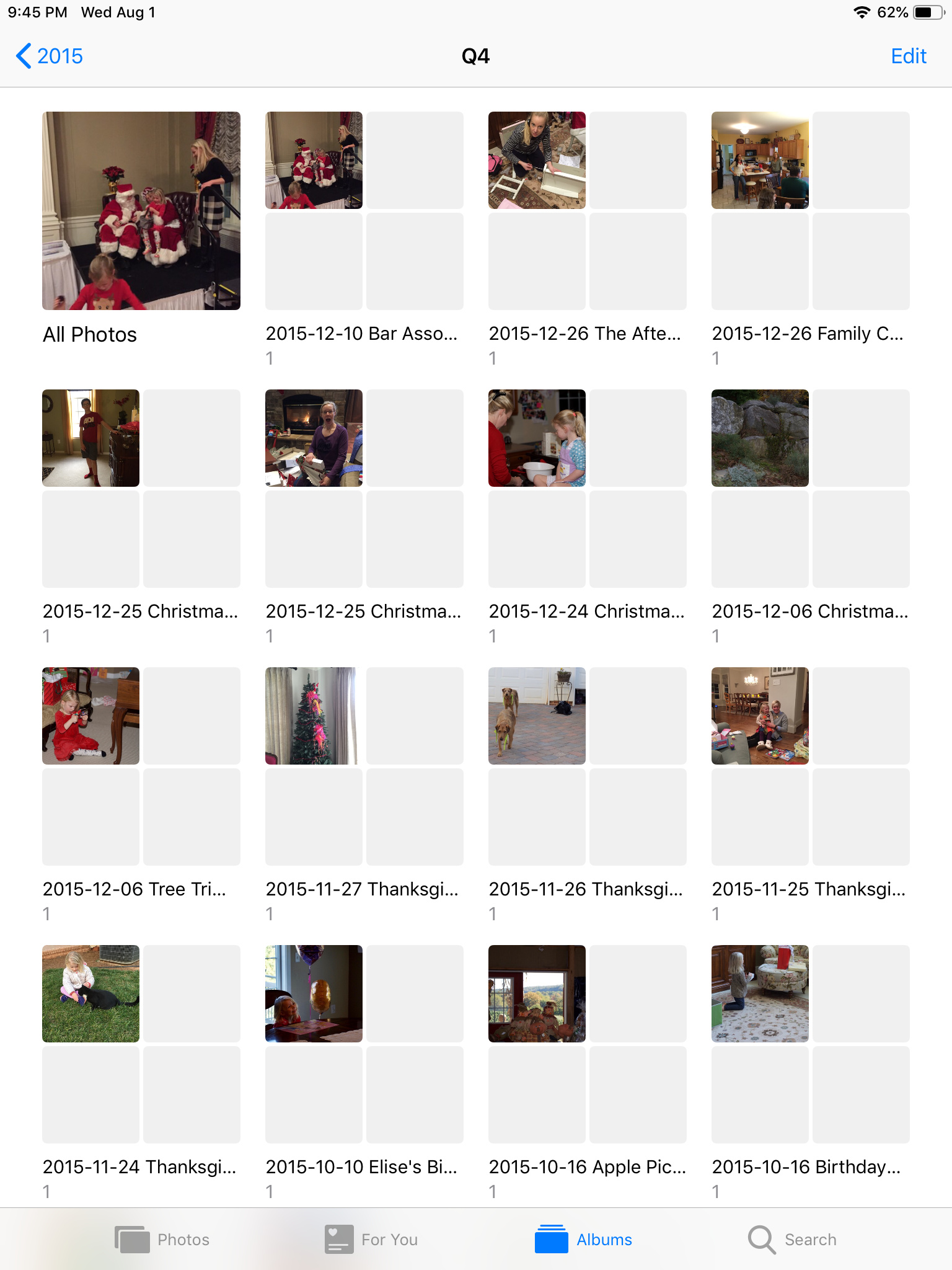 I’ve been wishing for smart album support on iOS since Photos launched. I typically create a smart album for every album, to show a favorite subset of that album.