Does this mean you get to call your supervisor “grasshopper”?

Lol, the student became the teacher!

Agreed, Scrivener is not as powerful or useful for shorter form writing. I’ve also purchased iA Writer for shorter writing. I’m intrigued by how you are using iA Writer and I’m going to have to explore some more. I’m still getting into markdown. In fact, Scrivener is what led me to want to learn markdown. I loved how in Scrivener I was not distracted by formatting and could focus on the ideas and on writing.

I wish it had been around when I was a doctoral student.

Amen to that, I used a very large Word file.

The biggest blocker on still using Scrivener for me is the need to use Dropbox to sync between Mac and iPad.

I don’t wish to use Dropbox on either device, especially my massively limited Mac.

sigh I have a love-hate relationship with Scrivener.

A year or two ago I used an iPad Pro as my main (and only) computer, which was also the time I used Scrivener as my long-form writing app. Somebody mentioned above that the Scrivener mobile app is quite “lame”. I’d agree with this if compared to the desktop version, but I’d argue that mobile Scrivener is still perfectly usable on its own.

That was around the time I wrote this:

Personally i feel Markdown is a bit overrated. Besides writing online (for which Markdown is clearly the best tool), rich text isn’t bad either. I’m not saying you should write in MS Word (which is totally “the cockpit of a fighter jet”:rofl:). That results in bloat and overwhelming numbers of options. But rich text writing environments like Scrivener (or even TextEdit. Books have been written in TextEdit.) are nice too, and shouldn’t automatically be discarded.

Since then, I’ve moved back to a Mac, and my opinion has completely reversed itself. Now I’m all in on Markdown.

Because of that, my long-form writing setup now consists of:

That being said, I still come back to Scrivener on my Mac every once in a while. I’ve never bought it on desktop but their free trial is very flexible. I find that Scrivener is really good at helping me turn a scattered bunch of ideas into a cohesive piece of writing. +1 for the love of chunking expressed above, makes it easy to see if things are unnecessarily repeated or if they fit well together. A novelist friend also gets a lot of use out of it for organizing large fiction projects, which makes sense given that that’s what Scrivener is built for.

These things are harder to do with my vim and markdown setup, although I’m slowly tinkering to get all the parts. If there was something like Scrivener that worked with plain text I’d be all for it.

Sometimes I wonder if the answer is to stop overthinking, use Scrivener, and write more instead of thinking about my writing setup

This post ended up much longer than I intended it to.

But with Typora out of beta, I’m trying it out and wow. It’s nice.

But with Typora out of beta, I’m trying it out and wow. It’s nice.

I use iA Writer in conjunction with Obsidian. I’d love to try Typora but I prefer an app that is available for the Mac and iPad. Any idea if Typora will create an iPad app?

It seems that typora is built on something like electron if I'm not mistaken. Wh…y not make it into an ios app so that it can be used in a mobile setting. I don't know how hard this would be, but I'd happily pay for a version of typora that works with iOS since it would be easy to get handwritten notes into it. Perhaps use something like: https://www.nativescript.org/

Now v1.0 is out so it’s possible the devs will start on mobile apps.

No idea… I’ve given up trying to do serious writing on the iPad.

I use iA Writer mainly on my computers … less frequently on phone/ipad. … the Mac version can be downloaded with a 14 day trial.

I loved the iA Writer app for a number of years until the introduction of The Library, which I found that I disliked. There are other good Markdown editors that offer more flexible editing-in-place. I use Byword with EagleFiler and the Finder and am able to create all the structure that I need.

I do miss iA Writer’s beautiful typography and interesting experiments with monospaced type display. I’ve tried to carry that forward in Byword, which is a good looking app in its own right, by using the free-to-download IBM Plex Mono 18pt font, which is an analog to iA Writer’s design. 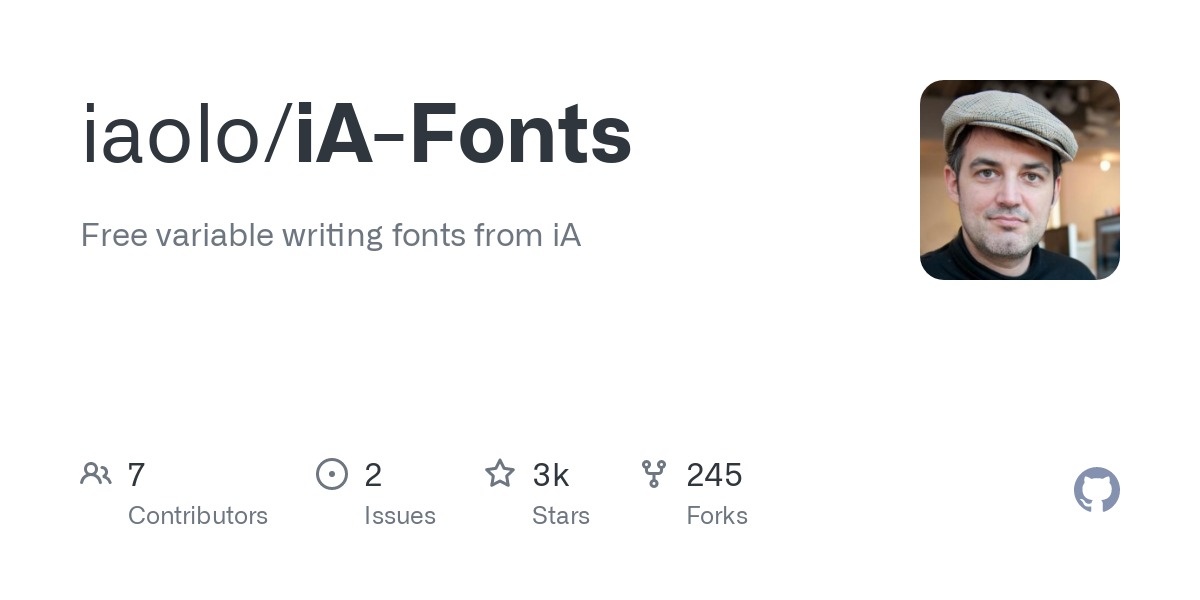 Free variable writing fonts from iA. Contribute to iaolo/iA-Fonts development by creating an account on GitHub.

Well that’s why there are different markdown editors! I absolutely adore the library. Makes it super simple to create a folder of materials for a long document and take advantage of content blocks. Easy to get the library out of the way with keyboard shortcut. Easy to move around via keyboard. An absolute delight for me.

… but we’re not the same and if the library bugs you then I fully understand why you’d prefer Byword. It’s a very nice editor.

Content blocks in iA Writer is similar to chunking in Scrivener. A long piece I’m working on can be chunked as I want into different files. Then integrated into one seamless document at the end using a “master page” (if you will) that contains the chunked text via content blocks.

Ulysses has a similar feature called “glued sheets”. Not quite the same in that while separate files are used they appear while editing as one. That said, you can write them independently and later glue or merge them for export.

Plain text alternative to Scrivener's "Scrivenings" view and it's ability to rearrange and order files?
karlnyhus January 10, 2022, 12:47am #35

Thanks, @ThatNerd, I downloaded iA Writer’s monospaced font and find the difference from its parent IBM Plex monospaced font to be subtle but refreshing. (If this were a beer commercial I would have said Bold and Refreshing!)

Seems unlikely, but even the cursor seems a little brighter and closer to iA Writer’s special blue!

Glad to hear you’re enjoying it!

I don’t think Byword supports these but in VSCode I use these themes for an iA Writer-like experience: 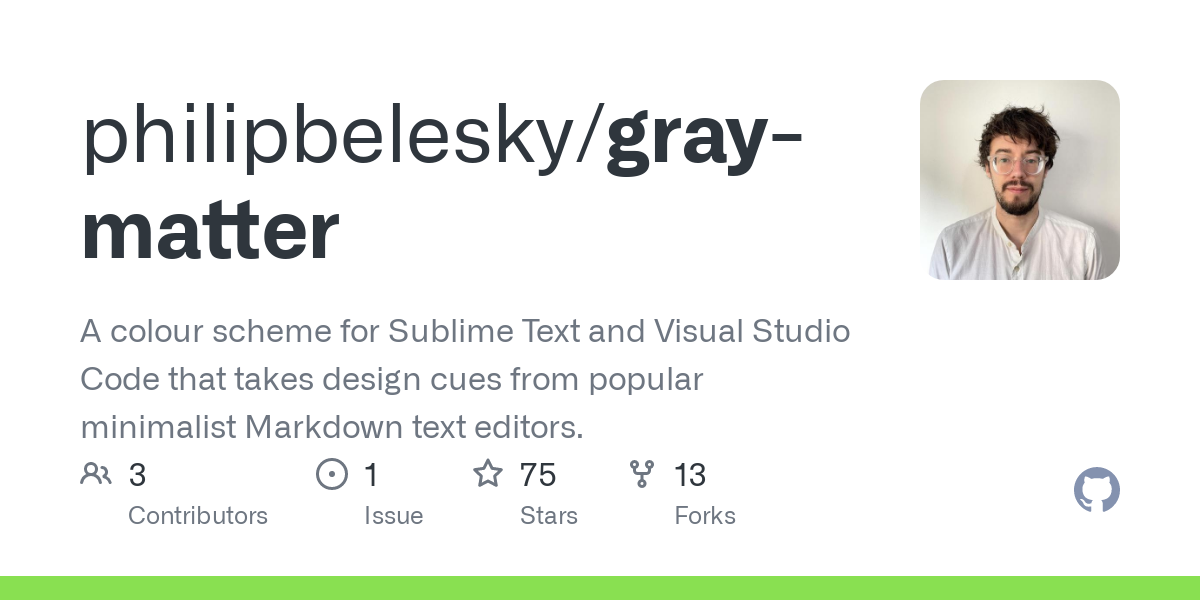 GitHub - philipbelesky/gray-matter: A colour scheme for Sublime Text and...

Worth a try but don’t see any way to use these themes in Byword, which is such a clean simple app that all I really needed was the original font to put the finishing touch on the UI!

Scrivener is one of my foundational apps. It’s my workhorse. I’ve even developed ways to handle incorporating MS Word reviewer comments. It’s not as easy as just pushing accept/reject in Word, but it is not a burdensome process the way that I do it. Scrivener thinks the way that I do. When I was first investigating Scrivener, I also looked into Ulysses and it just didn’t make sense to me. Obsidian is a bridge too far for me.

I set up a series of special Word templates and matched my styles in a Scrivener template, so the compile process is frequently a painless task.

I echo this sentiment:

To me the huge benefit of Scrivener is chunking. I’m specifically thinking of text but it could include anything else. Scrivener offers a really nice way to chunk the text as you want.

I had to work with (ah, re-write) a 300 page Word document that was in complete disarray recently. I pulled the document into Scrivener, broke it up into separate text files (in some cases one paragraph per file). Then I was able to painstakingly re-arrange them until I found the right organizational thread. Sounds like a lot of work, but I was able to get it done in a weekend. I could have never done that in Word. It would have been required some kind of start from scratch and a month of work.

I also love being able to keep all the research close at hand.

I hope the Literature & Latte folks earn enough money to keep the lights on for a long, long, long time.

I LOVE Scrivener. There is so much to it. And you can write as you learn. Terrific community too.