Sparky's Gone off the Deep End

In all seriousness, I like a few of those. One is the Capture shortcut. I like the concept of having different options to capture to.

I think there’s a benefit even if it’s used as a launcher. Maybe I’m sitting in a doctor’s office and I want to read something. I’ve got various places to look for content.

I like the idea. I’ve developed the habit of opening apps via the search feature or Siri anyway. Reserving the home screen for actions would make a lot of sense.

There’s 2 really interesting aspects to this that mean I’m going to run with it:

My current homescreen uses folders to consolidate tasks, eg Comms folder. But then I have a work folder so should email be there! This method, or a variant, might give me everything I want.

In a truly automated world, this is closer to what a phone/computing device should be. Pick it up and tell it what you want to do and it figures out which app to use. I bet in 5-10 years hunting around for the right app will feel weird.

You’ve been listening to Cortex again.

Always bad for the brain.

I like it! It seems to me as a natural progression of the attempt to increase focus, avoid distractions and decrease friction when using the device as a productivity tool and should have a significant impact in improving ones productivity if used in that way when you are in focus mode.

The Shortcut shortcuts help to decrease the friction when opening specific OmniFocus perspectives or tracking the time. But - more importantly, in my opinion - they eliminate the distraction because all apps are removed from the first homescreen. If implemented in a radical way, you are left only with productivity actions.

I like it! I am planning to get the Xr and having this setup in the widgets section may help me miss 3D touch less…

This is intriguing. I think the best option might be a mix of Shortcuts and app icons.

Shortcuts are useful when you’re likely to be doing the same thing over and over when you open an app. Saves a tap or two. For example, when I open Overcast, most of the time I want to play the first item in my Main playlist. When I open Lose It, I’m likely logging a meal. For OmniFocus, most often I’m adding a reminder. And so on.

I’m trying this on my 10.5 iPad Pro first. I really love this idea and I haven’t really gone too deep on the automation yet.

My only drawback is badges/notifications. I like being able to see if Messages, email or Things have a badge

That is actually pretty cool.

Interesting experiment but I think a lot of the same effect could be achieved with force touch. For me at least.

This is a cool idea but I think it works better in using the widget as you’ve shown vs having a home screen.

My only drawback is badges/notifications. I like being able to see if Messages, email or Things have a badge

CGP Grey’s solution to this is a row of folders at the top. Each folder contains a type of app - eg messaging or task managers. You get the notification badge that sums the total notifications in the folder and if you 3D touch/long press on the folder you get a dropdown listing the individual apps with their badge count which can then be selected to go in to that app. 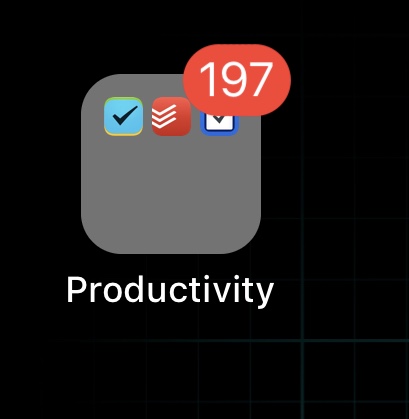 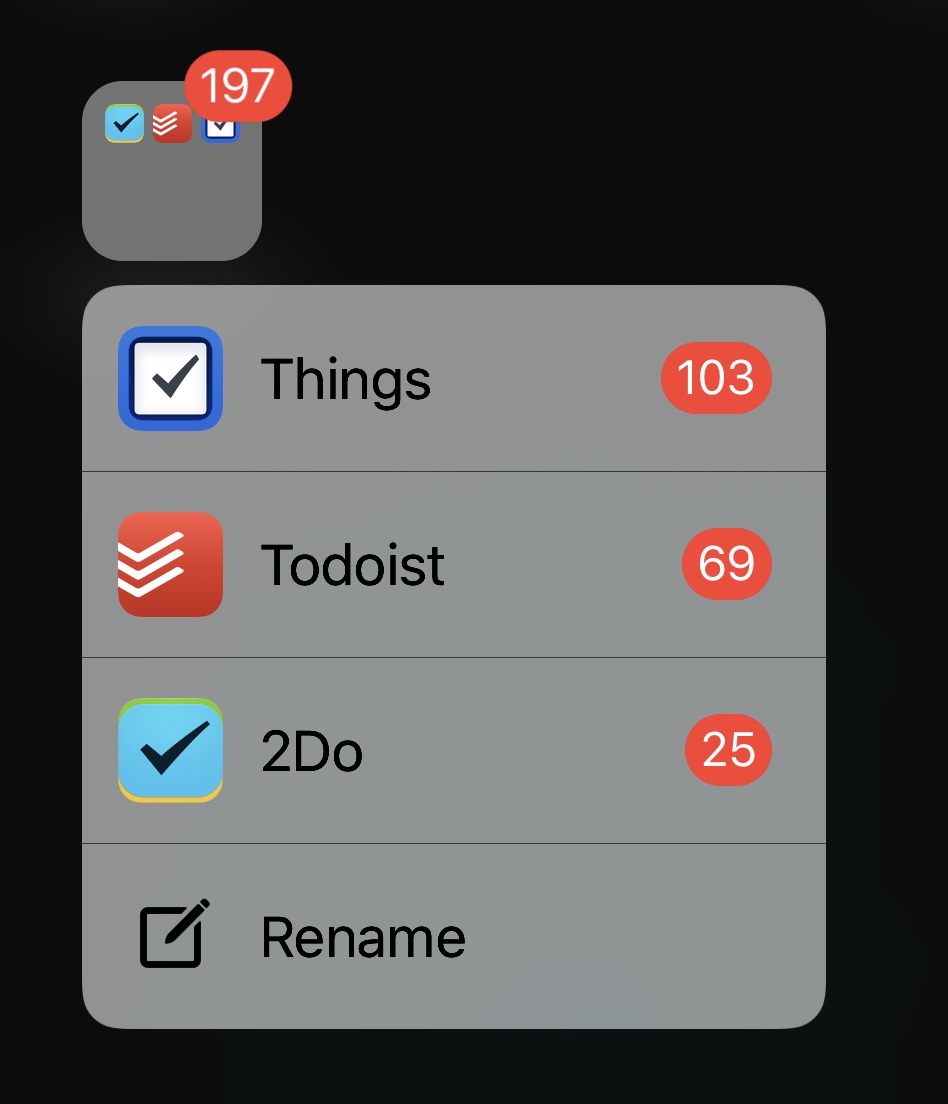 Thanks for the info! I just listened to the podcast but unfortunately the current iPad Pros don’t have force touch. I’m going to give this a try and see how it works. Thanks fo the heads up!

After goofing off with it a few days, I’m more likely to keep a hybrid of apps and scripts on the home screen and run most of this stuff as a widget. I prefer that interface so much more than jumping around in Siri Shortcuts. Still working on it.

The camera and OmniFocus icons make the most sense since those allow you to simplify actions that would take more steps. Im not convinced by the launcher ones. For instance, what is the benefit of the capture Siri shortcut vs a folder with all those apps?

It kind of looks like you turned your iPhone into an Android phone. Yuck!

I clearly have to get into Siri shortcuts. Hopefully there will be a day when I have nothing better to do but try these things out!