This will be close: Stretching my AW 4 through Sept. 😅

I’m still sporting a stainless steel Apple Watch Series 4 but it is getting difficult to make it through the day on a charge. It has been an excellent and reliable watch.

I’m disinclined to spend the money for a battery so I’m going to try and stretch the AW 4 until Apple announces new watches, which is usually in Sept. Then, I’ll decide if I stay with the stainless steel or move to the Ultra.

As long as you can use it for your work outs and what ever you want to track and it serves your purpose there is no need to change it. Just the the annoyance of charging it multiple times.

Another member of Team S4 checking in!

I was planning to upgrade this year as I went from Series 0 straight to Series 4 and figured I’d follow a similar cadence. I spent 11 days with the Apple Watch Ultra earlier this year and…returned it. Decided to keep my S4 for another year.

Admittedly, I haven’t had the battery issues you’re seeing—I can still make it through a full day without much struggle. My usage is likely more minimal though.

Here’s hoping we can hold out until next year!

Decided to keep my S4 for another year.

If you don’t mind my asking why did you return the Ultra?

This is my main concern particularly since my day starts at 6am and I do my runs at 4pm.

If you don’t mind my asking why did you return the Ultra?

He linked to a blog post about it: 11 days with the Apple Watch Ultra - Marius Masalar

I’m on the same train! Here’s hoping Series 9 is worth it

). I’m glad I still manage to make it through the day with around 10-20% left with a short daily workout session. I didn’t find the S8 that interesting and decided to keep on waiting - not sure about the Ultra. Let’s see what S9 brings to the table.

If you’re looking at the Ultra, why now swap now. The battery will last longer than a normal Apple Watch.

I could understand now swapping if you wanted to
Move to a normal AW.

If you’re looking at the Ultra, why now swap now.

Fair question. The answer is that I’ve not decided if I’ll purchase the Ultra or stay with the stainless. I expect to make that decision once the S9 is out and then I’ll go to the Apple Store and look at both options. I think I can make do until late Sept. or October. I’m hoping that the S9 will have worthwhile enhancements and I expect that the Ultra will receive a few minor but worthwhile enhancements and perhaps a few additional band options.

It’s a truly fantastic piece of hardware and I enjoyed my time with it, but it quickly became clear that nothing about it changed the way I was using my Watch, which made it hard to justify the cash outlay.

For your situation, one way to look at it might be like this: if you keep your S4 (given your battery issues), you’re looking at 7 months of sub-par experience riddled with battery anxiety, after which you’ll spend the money anyway. So why not move to an S8 now? Are there specific functionality gaps you’re hoping they’ll address with S9? Since you aren’t upgrading frequently, I imagine FOMO isn’t a big factor, so what’s the advantage of waiting until September?

Updates to the watch have been extremely incremental over the past few years, so at this point I kind of expect there to be very little differentiation year-to-year, outside of situations like this year where they introduce a new hardware tier.

Not trying to convince you to upgrade, btw, just sharing some of the ways I’ve thought through the problem for my own situation. In my case, since there’s no battery anxiety, I can happily wait until September with no penalty and re-evaluate once S9 & U2 are out.

Thanks for the thoughtful reply. I’m trying to wait because I’m hoping (but with little confidence) that S9 or U2 will add either a body temperature sensor that will measure for a fever or a blood pressure sensor. I’m also hoping that the S9 will add the Action Button that is currently on the U2.

My real quandary is whether to stay with stainless or go with the Ultra. In the US, the price between the silver stainless and the Ultra is only about $100 more for the Ultra. Most of the time I’m dressed in business casual–no tie, no jacket. But, several times a year I’m in very formal settings, e.g., giving a keynote at a country club and the like. The Ultra would probably not fit these occasions, though given that I’d be wearing a white long sleeve shirt and suit, it is unlikely that anyone would even notice the watch.

At any rate, I’ll wait hoping that battery management does not become a major problem for me.

PS and then there is this, which I just saw in the WSJ:
“Apple’s investment positions it to be the first company to produce microLED displays in high volume, says Mr. Virey. Analysts with visibility into Apple’s supply chains and partner relationships in Asia believe that the first product to get these displays will be Apple’s high-end smartwatches, such as the Apple Watch Ultra, and that the company could announce such a device as early as 2024.” 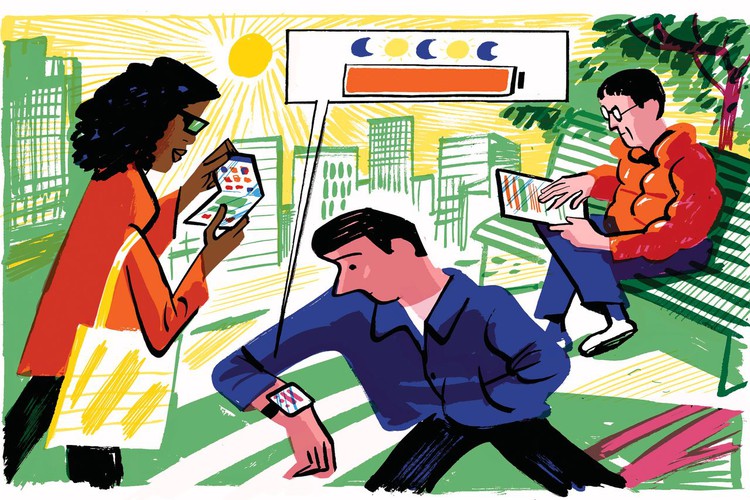 Our phones, smartwatches and smart glasses will soon get longer battery life and better visibility in daylight