Thought y’all might appreciate this post on Apple’s stance on surveillance capitalism and also the thought experiment of what Apple might change if it could snap its fingers and solve its supply chain issues.

In April of 2010, Steve Jobs wrote an open-letter titled “Thoughts on Flash”1, where he outlined with typical Jobsian gusto and directness why Apple would not be supporting Adobe’s Flash player on iOS. At the time it caused a small controversy, in...

here’s another (opposite) position on the topic (at large)

Apple Hypocrisy and Cynicism on Privacy and Everything Else » The Appademic

This is not an exhaustive account, but it says enough a lot about Apple hypocrisy and cynicism on privacy and everything else

And for those who missed it in the Apple news app last Friday. Tim Cook’s speech in Brussels about Facebook: interesting read - someone (nameless) with a HUGE axe to grind?

Apple certainly aren’t saintly however if you put the on a scale against some of these companies they’re quite a considerable difference.

More telling - where are all the other companies defending anyone’s right to privacy? It’s mostly smaller guys like DuckDuckGo

So do I. Still there’s a point in “auditing” apple’s stance on privacy and human rights. 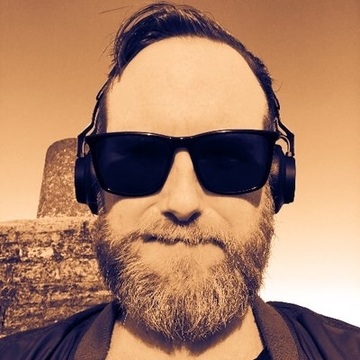 jbpyn (Jai Bentley-Payne) is now on Keybase, an open source app for encryption and cryptography.

Apple isn’t blameless by far, and that post points out some of their issues quite rightly. However, I think that Apple’s biggest problems is an extreme lack of transparency: They often don’t explain themselves at all, and when they’re “discovered” to be doing something it looks really, really bad for them.

Their lack of transparency stands in direct opposition to their stated goal of privacy.

That being said, they’re still the least bad of all the big tech companies, with the possible exception of Microsoft (who really have done a lot to address the shortcomings of decades past).

How many of us who worked in IT in the 90s thought they’d be saying that about Microsoft?

I’m sure internally Apple must be fuming at being so tied to China for manufacturing, hence all the moves we’ve seen of late. Can’t turn on a dime…

Nadella has been very good for the company

This is the exact sort of “whataboutisim” that Jason Snell was rightly criticizing on the latest Upgrade+.

I’d not focus so much on the fact that he stays (sort of) anonymous on his website. There are other examples of people that hold on their privacy so much, some of them (rightfully) praised by this community too…

I respectfully disagree, in particular with regard of human rights.

You (I mean, not you ChrisUpchurch, you… everyone) cannot respect only some human rights and not others, and you cannot respect them only in some places. It’s so simple as that.

Nadella has been very good for the company

I do wish he’d turn his attention to their software quality, particularly on Windows. Apple’s recent transgressions are bad, but Microsoft seem to have a mantra of “good enough” and not quite getting there. I frequently devolve what I see into a single word… sloppy.

Have to use Office365 tools everyday even though we’re an all Mac office, generally quality is good although the new look Outlook is trying to push still feels very beta.

It’s reasonably solid on Mac without many features. On Windows it’s… sloppy.

As many Windows users are wont to say… it’s not as bad as it used to be.

What’s going on in China boggles my mind, not to mention scares the bejesus out of me. Frontline did a terrific special on Artificial Intelligence in which they showed just how repressive their government is and how they achieve it. I was stunned. And who knows what goes on in their re-education camps.
I highly recommend it. Channel Thirteen PBS in New York is pretty good about not pestering you for money.