To buy, or not to buy

So, my MacBook Air from 2012 finally quit on me. I have a MacBook Pro from 2011 that still chugs along, but just that. I need a laptop for my work ASAP, but I don’t want to get stuck with a vintage machine when ARMs are released (whenever that may be…) Looking at an i5 Air, but do I wait?

If you need a machine now, buy one now. If not, wait; but never wait just because something new is on the horizon.

Reports are an October 27th event showcasing two new ARM laptops, one MacBook, and one MacBook Pro. How polished will the emulation be? What will the prices be? How fast native or emulated? Who knows.

Are you the type of person who happily buys 1st-gen hardware? Then wait three months.

Also, it’s not “vintage” if if works and is supported for years to come.

I need a laptop for my work ASAP,

You 100% answered this in your question. If you’re MBP doesn’t cut it, you need to buy.

As Bowline said what you buy now won’t Become vintage anytime soon. If what you’re worried about is your new purchase seeming old, then consider the possibility that Apple will ramp up the capabilities of the new machines, so even a first gen purchase this(?) year might seem a bit old in a couple of years’ time.

Under EU ‘right to repair’ laws companies need to provide part for some hardware for seven years, so any computer gear sold today will be supported well into the future.

FYI for those worried about current hardware being ‘vintage’, it was just reported today that Apple just announced as vintage the original iPad from 2010. 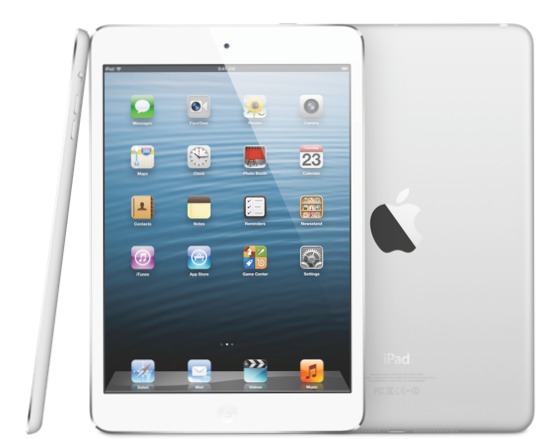 Apple today updated its list of Vintage and Obsolete products to add the original 7.9-inch iPad mini, which was first released in 2012. ...

Something we dont often consider is buy used on craigslist or ebay. If you just want a machine to tide you over.

If you need a new Mac, and from your post it looks like you really do, then I would get one without any hesitation ASAP. Intel Macs are rock solid and will be supported for years to come. By upgrading now you get a machine when you need it and can do without the teething troubles that first generation products are bound to have. I would be particularly wary of getting a first gen ARM Mac given how massive the change is.

That being said, I suggest you get a Mac that is adequate for your needs and not max out on the specs to future proof it for the longest possible use. That way you will save some money now and can upgrade sooner (in three to five years) to a, by then well established, ARM Mac.

Make sure to check out the Apple refurb store if you do pull the trigger now. It’ll save you some cash if you’re a little bit flexible with the configuration, and/or maybe get you a nicer machine than what you were looking for for about the same money.

You might consider a refurb under these circumstances. If you have a local reseller, ask them. Also OWC: https://eshop.macsales.com/shop/Apple_Systems/Used/Macs_and_Tablets

I’d just buy one now, Tim Apple said that they still have some intel macs coming out that they’re excited to show us. That means that you should get about 5-7 years (hopefully) if you buy one now.

I would be particularly wary of getting a first gen ARM Mac given how massive the change is.

Not only that, but getting the OS and application working is going to take a lot of time once the developers get the new HW

I’m still using a 2011 MBP and it handles my light needs well. Only issue is being stuck on High Sierra. There are some apps I can’t update to the current version since they require Mojave at least. Does your MBP have a SSD in it?

I’d buy a used machine from Swappa and then later this year when you have more information about the new ARM Mac’s coming out, you can either hang onto the machine or sell it for a small loss and buy a new Mac that you’re more comfortable with…

If you aren’t afraid to buy a used machine, you can find many recent-year Macbooks online with Apple Care+ attached to them and just resell them in 12-18 months and keep upgrading that way. It will only cost you a few hundred bucks a year(ish) and the time it takes to setup a new Mac / migrate and you can keep getting newer and newer machines… This is what I do for my secondary computer.

Kind of late to this thread, but I wanted to agree with the others on buy now if you need it. I saw you mention thinking about the i5 air. I just bought the new MacBook Air i5 with 512 GB upgrade. I more or less split my time between it and my iPad lately. It’s a great little machine, no problems and no worries about it being vintage intel system for a long time. So, I’d say go for it. If you want to save a couple hundred bucks go to the Apple refurbished store and check out the MacBooks there. Be careful as most of those look like older butterfly keyboard systems

on the refurbished line.

Thank you all very much for the advice! I pulled the trigger, and am a proud owner of a MacBook Air 2020… my last one lasted for eight years, and I look forward to using this many years into the future

I use to sell on eBay. And I’ve always bought from them. The one thing I would be very cautious about buying would be a computer. Too much money is at stake. Too much could go wrong. Although eBay has an ironclad return policy: sellers MUST accept returns for good cause although many sellers indicate to the contrary.
I had a problem with returning a vintage book. A super large mega seller claimed they never received the item although that was the first time in twenty five, thirty years of buying and selling that something was lost in the mail. A little too convenient… I knew better and it wasn’t as advertised. They are defrauding people daily. I reported them to eBay . And they don’t care.
You’d be far better off going to Amazon.
I definitely would not buy a computer from Craig’s List as there is NO guarantee.

I use to sell on eBay. And I’ve always bought from them. The one thing I would be very cautious about buying would be a computer.

I used to collect antique and limited edition 18th-20th century playing cards and I can definitively say that you do NOT want to use eBay unless the seller is already someone known in that small community. eBay is flooded with counterfeits manufactured in China and sold from there and all over the Eastern Bloc, later resold by witting or unwitting purchasers.

I would be very wary of buying any electronics from that site, especially since you get better buyer protections buying refurb from places like Amazon, as well as buying Apple refurbs from Best Buy or Apple itself.

You are absolutely right about the sellers from China. I automatically exclude them. They are clearly labeled as being from China but there are SO many of them that they can easily sneak on through unless you are paying attention.
They are a relatively recent phenomenon, so to speak, and I’m certain some are selling as if they are in the United States.
Needless to say, avoid them like the plague. Talk about Pandora’s Box!

It’s a real pain, and it’s getting worse. I was collecting some Russian decks and thankfully got a heads-up that some sellers in Russia were selling imported Chinese replicas that other buyers had gotten stuck with.

Kickstarter makers of art decks today make a deal with the devil, since all the affordable printing is done in China, and when a printer sees a particular deck is selling well (eg they quickly get an order for a 2nd printing) they gear up for an unofficial ‘third shift’ where they print cards for themselves then flood them cheaply through sites like JingDong and Taobao, where they make their way to the West through resellers. (And if a deck becomes really popular then cheaply made knockoffs are made by different manufacturers.)