Turning on Universal Control when nothing will happen

I am currently running an iPad Mini on the 15.5 dev beta and MBP 13" running 12.3.1 and I can’t seem to get Universal Control to work. They are on the same network but when I drag my cursor to the side of the screen nothing happens. Is it most likely just a beta problem? 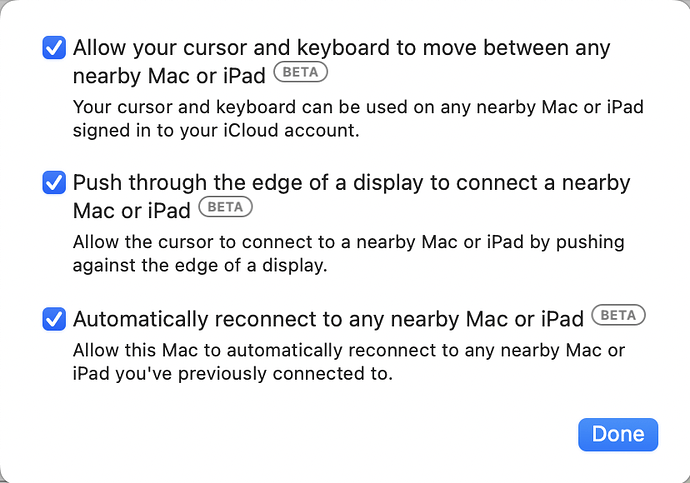 Yep, it is likely because you are using iOS beta, as both the Mac and the iPad would need to be on the beta releases: Apple recently released a raft of new beta releases including iOS 15.5, iPadOS 15.5, and macOS 12.4. While most of the updates appear to be going off without a hitch, that middle one is a concern. Especially if you're using Universal Control.

Dang it. I was figuring it was a beta thing. Thank you. As I typed this I noticed iPadOS Beta 3 just came out. Maybe that will fix it.

Everything works now with 12.4. I guess I didn’t realize I hadn’t installed the dev beta porfile after my last nuke and pave.