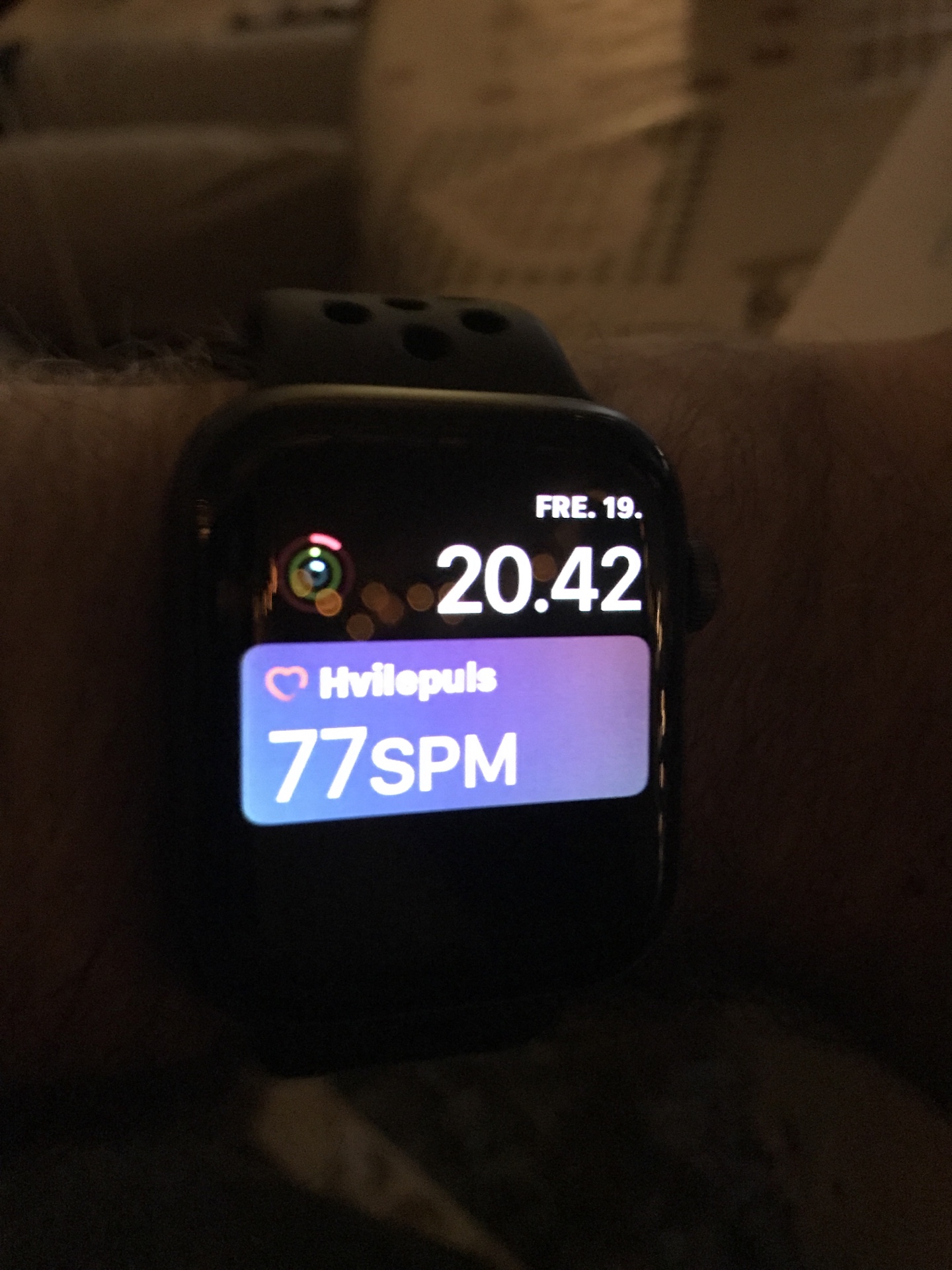 So, I’ve been holding off on the watch, but I’ve finally bought an Apple Watch S4 Nike+ 44mm GPS, and I’ve spent the past couple of hours playing around with it figuring out watchOS.

But the reason for getting the Nike+ version is to use it to loose the remaining 5-10 kg / 11-22 lbs and hopefully get back to running regularly.
And so I hope that you guys ‘n’ gals could help me out with the must-have apps for watchOS.

I generally want to keep it as simple as possible since it being the GPS model I plan on going running without my iPhone and rely on the GPS and sensors for tracking the workout giving me a break from the everyday schedule while working out.

I plan on using the Nike apps for running, indoor bike riding, and circuit training, and then some sort of food tracker (I might be using Lifesum - don’t know yet), but besides those apps, are there any apps I simply can’t live without?

Oh, and since I hope to only get the absolute most vital notifications when close to the iPhone, I hope others will share their notification settings / general watch settings, for inspiration

Anyway, have a great weekend, everybody

Carrot Weather and Omnifocus are key for me. Dark Sky if it rains too

Drafts, OmniFocus and Overcast. Probably Overcast more than the others as I go running with just the watch i.e. without the phone.

Do you use the Drafts & the Omnifocus apps for work or merely notifications?

Okay - I’m planning to use it exclusively for notifications, replying to messages, and phone calls when at home (unless I get the Air Pods as well)

+1 OmniFocus, Drafts, AnyList, and MyWeather (multiple cities). If you’re a Things users, its app is very good too. Overcast, and Music. If you use Music set aside a hour or so with the Watch on its charger to download albums or playlists to the Watch. MyFitnessPal is OK on the Watch, but I prefer using the phone for food and exercise tracking – it integrates perfectly with the Watch/Phone activity tracking.

I think AirPods are essential companions for the Watch.

I minimize notifications on the Watch (and phone) as much as possible – it gets very distracting to have this thing on my wrist binging and vibrating.

I just switched from the series 2 to the series 4 with cellular. Last night was my first experience leaving the phone in the car when I went into a concert. During the concert, I put the watch in theater mode and after the concert I turned that off.

My son was texting me and I was very impressed with the watch. I was able to use voice dictation to respond to his texts in the middle of a noisy environment — reception with lots of people talking around me. Siri translated my voice perfectly and I was able to stay in touch with him without my phone. Women’s dress pants unfortunately still suffer from a lack of pockets. While I don’t wear pocket-less pants every day, when I do, it’s nice to know I can go sans-iPhone and still stay in touch with critical people in my life.

I’ve re-installed the Overcast app. The Audible app still seems flaky, but I’ve not yet tried it away from my phone. Some time ago, I had uninstalled the Overcast app for one minor, but important reason — it didn’t support adjusting the volume via the Digital Crown. This is since been fixed. Unlike @MacSparky’s and @katiefloyd’s MPU, some podcasts require constant fiddling with the volume if they’re not well produced. (And yes, the Air Pods are a must have companion to the AW)!

The only thing that will make my Apple Watch experience better is if app developers return to the Apple Watch. I was disheartened to see how many developers have pulled their apps in the time since I bought my first Apple Watch with the series 2. The series 4 is a vast improvement in speed and cellular is awesome. Let’s hope Apple encourages more development for the Apple Watch.

If you’re a Things users

I did try to use Things for a short bit, but have switched to using Fantastical on both Mac & iOS for task & appointment management.

I use both Overcast as well as Music being an Apple Music subsriber.

I haven’t really tried MyFitnessPal yet. I did use Endomondo at one time - I might use that again, although I’d like to give the Nike apps a try first.

I minimize notifications on the Watch

Yeah, that’s pretty much how I want it, too.
I only want notifications for essential communication, reminders to stand up & the “breath reminders”, and of course reminders as well as appointments.

@Doty you have the Cellular watch, right?

I haven’t tried it yet, but are probably going to test it out soon.
Waiting for the Air Pods to arrive - hoping they’ll fill in the gap that I kinda miss right now.
Pretty sure that I’ll agree with both you & @anon41602260 that the Air Pods are the final touch for the watch.

OT for this thread, but I’m finding the marriage of the Audible and Kindle apps on the phone is really excellent. I agree that the Watch experience isn’t ideal – it’s a big drawback when syncing a large book (e.g., 498MB for Lepore’s 29hr latest) to the watch. Takes a v_e____r_________y long time despite being connected to the charger.

@anon41602260 Agreed. In my experience, podcasts are much better suited to the cellular Apple Watch experience than larger books.

I’m thinking app developers WILL return to the watch - as it’s proving a much more successful device now.

But it will be a slow return, and Apple could do things to enable it.

I’m not a big fan of watch faces but opening them up to developers in, perhaps, WatchOS 6 would help.