Which is your primary browser on the Mac?

I use Firefox because they bake in a crazy amount of security into their browser. DoH is one of the biggest features that I stick around for, but their containers are also really nice.

I’ve been using Brave for about a month now and I like it. I used to use Safari but for some sites, I was forced to use Chrome which I didn’t like to do. So now I don’t have to switch browsers for some sites.

I’ve kept my extensions minimal right now but I need to look into what would help me there.

I’ve kept my extensions minimal right now but I need to look into what would help me there.

Interesting. I think some of those will definitely be useful for me. Thanks!

Best of luck. As I noted back then that was just up to letter ‘J’ on my list. I do so much in my browser, and so much more than Safari allows.

Anyway, since that post EXIF Viewer appears to have broken (at least for me) in the latest versions of Brave and Chrome, so I need to find a replacement.

The Chromium fork browsers rip out Google ad-tracking, and Chromium is the de facto supported browser as a result, used by everything now from Brave to Microsoft Edge to Vivaldi to Opera and Epic and more. And Chrome plugins, useable on Chromium browsers, offer such a huge variety of useful extensions that it’s tough to discount them. I think that out of the box Firefox, Epic and Brave offer the best privacy controls as they have built-in ad-blocking, but the depth and variety of privacy extensions for Chrome/Chromium lock it down much more than any competitors, making it hard to discount.

One example: numerous websites make you load vital files through large third-party services like Google Hosted Libraries, and jQuery CDN - this lowers upkeep costs (as these services do not cost the host any money), and it speeds up the web in the sense that if you store a specific version of a file once, you will only contact that central content delivery service to see if the file your browser already has, is identical to the one that’s being served. You can’t remove them of they will often break website access. So the Decentrayeyes add-on (Chromium/Firefox) comes bundled with a number of commonly used files, and serves them locally whenever a site tries to fetch them from a delivery network. This saves bandwidth, and protects privacy.

Another: Pixelblock for Gmail (Chromium) finds, blocks and reports when it finds tracking pixels when you read your Gmail.

And then there are simply useful add-ons in Chrome that are unavailable for Safari, like ones that let you highlight text and see the font used, or get EXIF data on any image in a webpage, or lets you translate a webpage with a click, or bulk download images on a given page, or customize the look/video sizing of YouTube and block ads in the process.

And Brave is repeatedly tested as being as fast or faster than both Safari and Chrome, depending on the test.

Chalk one up for Firefox here: apparently there’s a new method used to track people by utilizing a subdomain on the site one’s on and passing along user info (“DNS aliasing”) so users can be tracked elsewhere that’s currently considered ‘unblockable’ on safari and chromium browsers. But Firefox has an API (which the latest version of uBlock Origin uses) that can unmask the given hostname to a DNS record and perform a block. 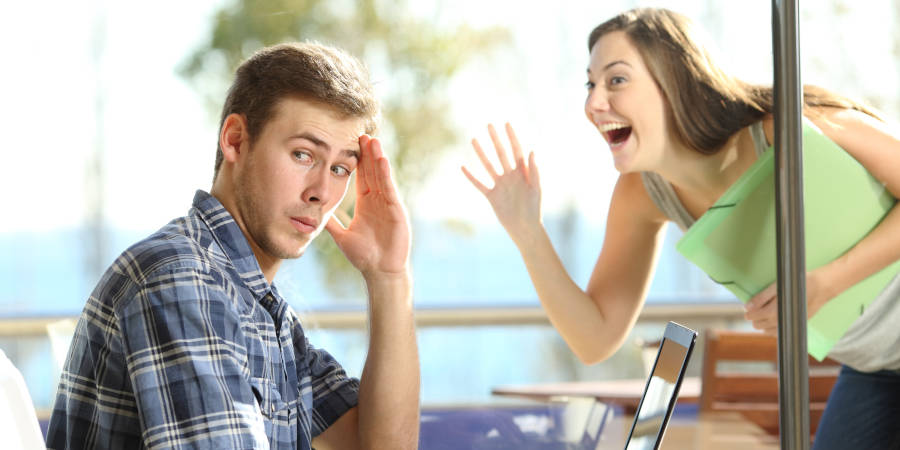 Safari for most things. It’s my default.

Chrome for Google Drive/Docs and a few other web services that work better with Chrome. In particular, this includes Trello, because there are some great Chrome extensions for Trello to change card colors and make things a little more visual.

I also ran Opera for a while, just as a clean browser that’s not logged into anything. But I’ve heard their privacy isn’t that great, so I uninstalled it to be safe and use incognito or private browsing mode in my other browsers if I need to access something, such as testing a public link to a file.

I just take it for granted that it integrates better with OSX and that I believe from trusted sources that I have better privacy. I will say in general though that I now think that because of the plethora of means to identify an user and for all kinds of entities, including Verizon etc., to know what one is doing, that what I do on the web I may as well treat as being in the public domain. I don’t like that feeling and I am getting more concerned about it.

Safari, but lately I’ve been logging in in the morning to find that several of my new-style extensions have crashed, and their icons seem to keep rearranging themselves in the toolbar, so I’m open to alternatives. Played around with Vivaldi for a week or two but it didn’t click with me. Will probably check out Brave at some point.

Some days ago, Microsoft released their new Edge Browser, which is based 100% on Chromium.

Can't believe I'm advocating this, but yes, people should switch to Microsoft's version of Chrome. In 2020, Google is the clumsy data gobbler and Microsoft is the lean upstart. https://t.co/AlChJqkOFL 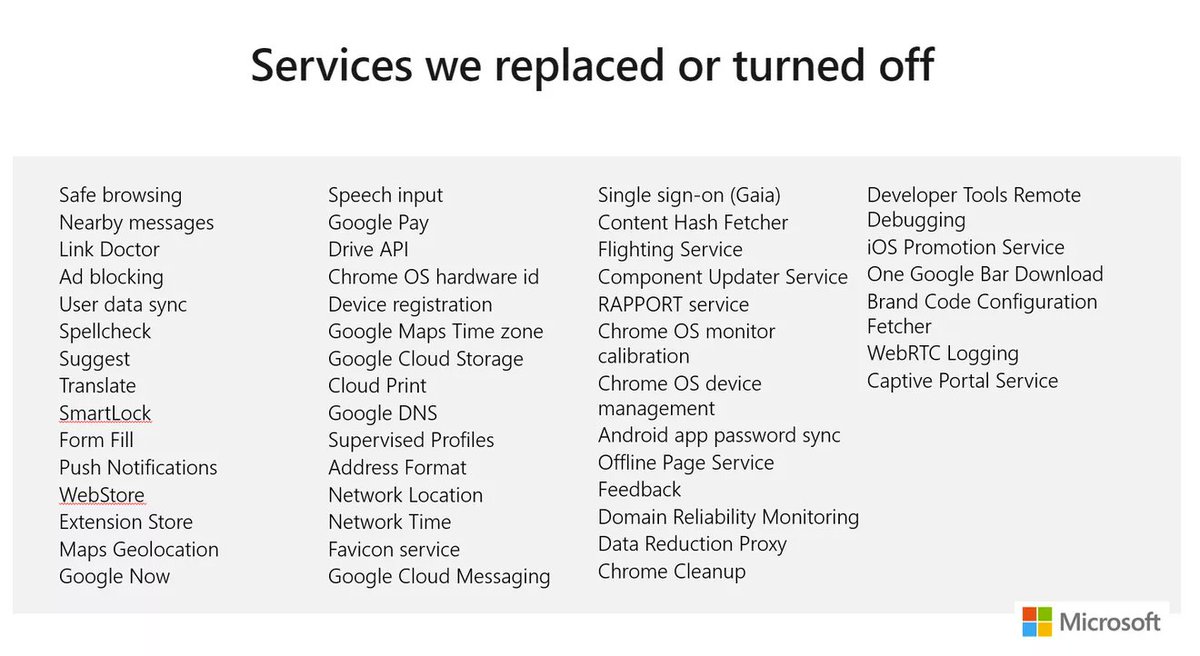 Be it as it may, but Microsoft’s (new) Edge feels just great. I have been using it for some days now and it definitely will stay on my Mac:

Given the insane amount of telemetry data that Windows 10 automatically sucks down (here’s just one user-created blocklist to ameliorate the problem) I’m not confident Microsoft won’t be doing their own version of Chrome here. Could be just trading one surveillance package for another… but I’m willing to be proven wrong.

I’m still using Brave, with a passel of privacy extensions. But I’ve become impressed by the latest builds of Firefox, especially given their new enhanced fingerprint-blocking. Because of the Facebook ‘container’ extension it’s what I’m now using when I make my weekly FB run.

FYI I hardened Firefox using the recommended extension suggestions by PrivacyTools - a good read overall that makes recommendations for browsers, plugins and apps:

You are being watched. PrivacyTools provides knowledge, encryption, and software recommendations to protect you against global mass surveillance.

I have to clarify that my primary browser still is Safari. So, my post in this thread might have been a bit misleading. Sorry!

I always refused to use Chrome because of Google… With Edge, I am able to use Chrome now without Google being Google (yes, I could have installed Chromium, I know).

Regarding Edge: as far as I know, there is no indication for any wrongdoings on Microsoft’s part so far. Just the opposite…

As noted in this thread there are Chromium-based browsers like Brave which did the same thing Micrsoft’s just done, but earlier, and have all google tracking ripped out. Brave and Epic (an always-Privacy-mode-on browser which proactively removes cookies, browser history, and cache upon exit), for example, not only are Chromium-build browsers designed for privacy but have built-in ad-blockers that work quite well. In the same vein, another little-known Chromium browser is SRWare Iron, which strips down potentially privacy-related functionality from Chrome by removing Google-hosted error pages, Google Updater, DNS pre-fetching, address bar suggestions, etc. (The security company Comodo has a similar browser that I’ve never used.)

Other Chromium-based browsers include Vivaldi and Opera.

So Microsoft isn’t doing anything particularly new or novel, though I expect them to have MSFT-product-based hooks beyond the current use of Bing as the default search engine.

I imagine Microsoft will be making it better optimised for their platform than other variants of Chromium, if their IE days are anything to go by.

I’m using it instead of Chrome to access the services that are better on that rendering engine.

In response to the thread, I use Safari as my primary browser.

I thought about switching back to my first web browser, Lynx.

Back around 2001-2003 I used a Mac text-only browser called Wanna-Be that was incredibly speedy. Even after I got fast internet I loved using it, and was sad when it broke under later Mac OS versions

Given the insane amount of telemetry data that Windows 10 automatically sucks down (here’s just one user-created blocklist to ameliorate the problem) I’m not confident Microsoft won’t be doing their own version of Chrome here. Could be just trading one surveillance package for another… but I’m willing to be proven wrong.

I’m not planning on jumping to Microsoft’s browser anytime soon, but I’m willing to give them the benefit of the doubt here. Google makes money off tracking your every move. Microsoft does not AFAIK (the telemetry is for collecting information about the performance of their software, not the things you’re doing with it. BTW, Apple does this too), and hasn’t shown much movement in that direction.

The question implies there is one optimal browser. I use three browsers:

Safari is the only browser I use.