Why do I get repeat app updates for many of the same updated apps?

I have an odd situation. I frequently get notices of identical app updates for several apps. I’m not imagining this.

For example, I updated the Spark email app several days ago (a week?). The big change was the addition of templates. I’ve ready been using Spark templates and there are no additional changes noted in the notice nor bug fixes.

I just received the identical update notice again (see attached). I have had this happen for several months for several apps., not just Spark.

Do you experience this? Any explanation? 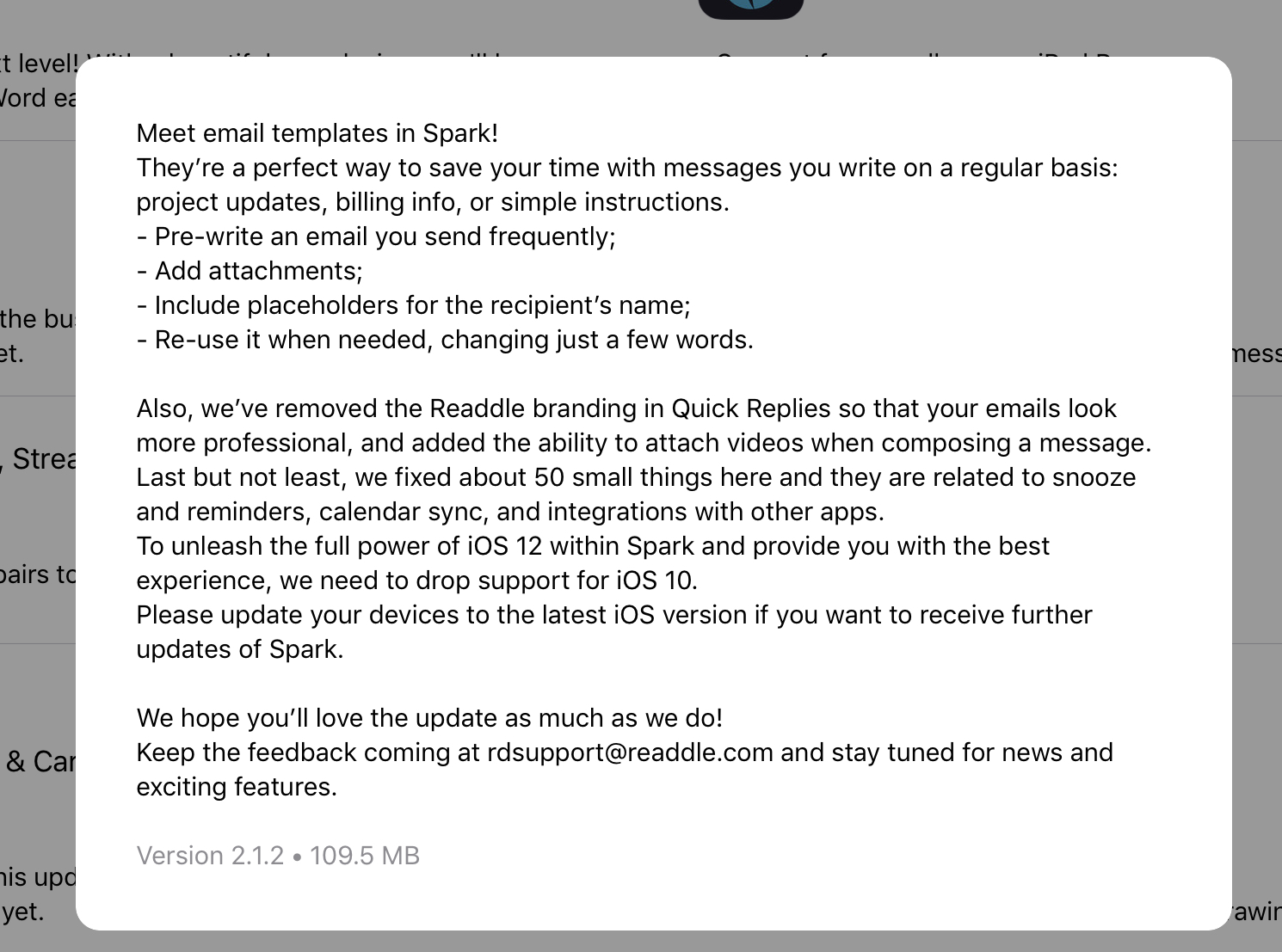 Is the version number changing?

What I see some developers doing, including Readdle at times, is that they will highlight features introduced in their latest major update when they do subsequent minor/point updates. Some have usually also indicated what the point update brings, but not all.

Maybe the people at Readdle are just too lazy to update their release notes?

Or rather advertise the big new feature then telling us what bugs they fixed?

That makes sense. I just wanted to make sure that it was not just me!

I have seen iOS apps show up needing to be updated the day after I updated them. It is usually the same version. This usually happens when I swipe down to refresh the list of apps needing updates.

That may be my issue. I’m OCD about staying current so I tend to swipe down for updates once or twice a week. Thanks for the info.