Shout out for the NeuYear / Focused calendar, which helped me do big things on time this summer.

Also showing my mounting system. Cut it along the length, then hang on bifold doors. I used gaffers tape, but Command Strips might work better.

I also recommend Pilot Dry-Erase markers, which write well and are refillable. 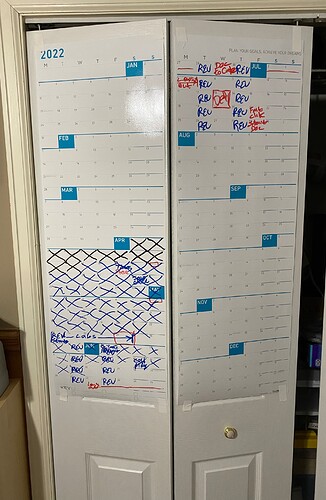 I also agree that the “weekend” should be at the end of the week.
It’s right there in the name

Really enjoyed this episode. Also, I really liked the format of discussing multiple topics. Held my interest a tad more. I find it easy to check out if I’m not invested in the 45 min topic. I recognize some topics need the extra time.

I haven’t listened to the episode, but seeing the title made me think about the netflix documentary of the same name 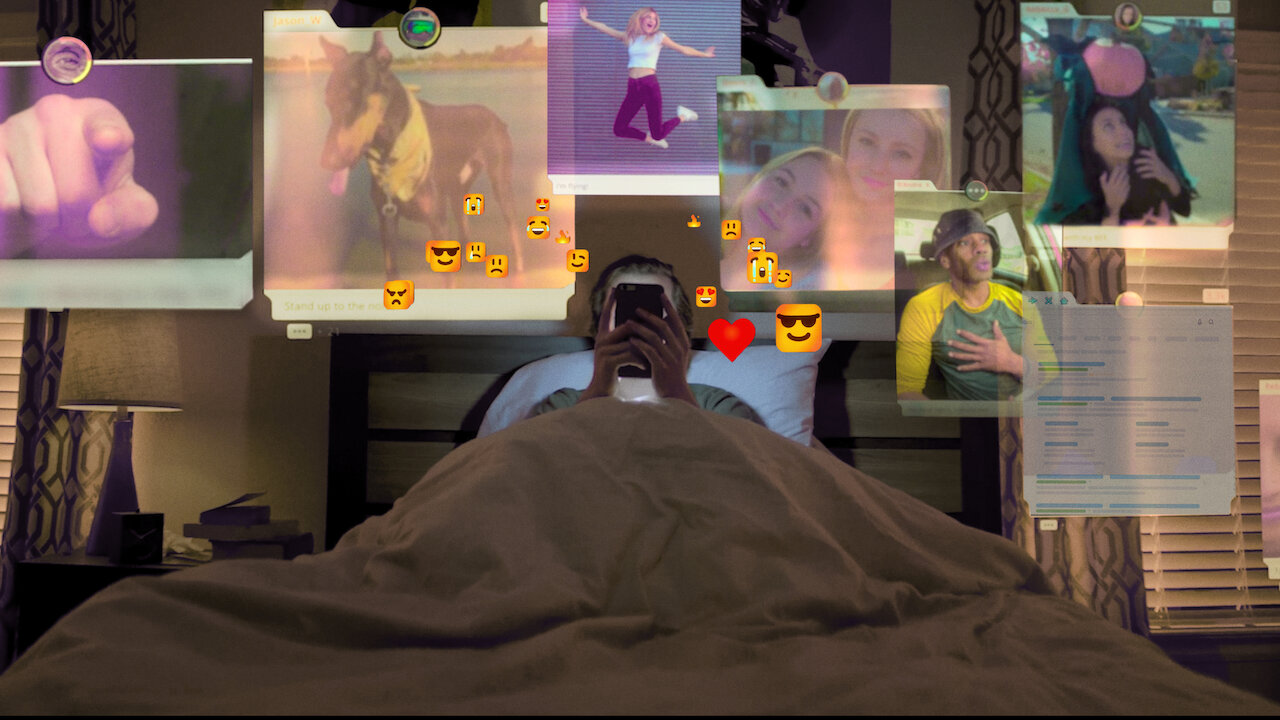 This documentary-drama hybrid explores the dangerous human impact of social networking, with tech experts sounding the alarm on their own creations.

I am listening, however I left Twitter and Facebook years ago. I am following David Sparks on Mastodon though, I will see how it goes. I was going to and saw David was going there so, monkey see monkey do!

The discussion on social media on the focused show was excellent, I wouldn’t have listened but for that head’s up, which is an interest of mine: how bad social media is. The points about how useful it really is for ‘business’ was especially useful and confirms conclusions I had reached myself.

They mention the documentary in the episode. I’ve been meaning to watch it for over one year now.

I also agree that the “weekend” should be at the end of the week.

Having done payroll and scheduling for a while, I can’t help but see my week as starting on Sunday.

Good, thoughtful episode about the bigger question that the Twitter issue raises: Should we be on social media at all? I think a lot of tech podcasters and writers have not handled this issue well, feeding the “outrage culture” rather than asking the bigger questions.

One point I haven’t seen anyone address is whether those who seek followers on social media have any responsibility to their followers. We’re all aware that social media doesn’t exist for the benefit of users, and is specifically designed to manipulate human weaknesses to suck us in and make us spend as much time as possible there, all so the company can make more money on us. We’re the product. So why would responsible leaders want to draw more people (followers) into that toxic context?

I agree with the criticism of Elon Musk’s “your commitment to work long hours or your job” letter to employees. A rather tacky and insensitive approach, and likely not very effective.

On the other hand, from my understanding of how Steve Jobs worked, he was often the functional equivalent of Musk’s letter. I’ve read lots of stories of how he rejected work, and set totally unrealistic demands for employees, expecting them to work nights if necessary to meet his deadlines, and fired people if they didn’t deliver. There didn’t seem to be much sensitivity or value placed on employee’s home life.

From what friends who work in the tech field tell me, It’s that way quite often in tech jobs (think of the demands on IT professionals when systems go down; they’re not allowed to just go home at 5 and come back in the morning). And it’s that way in lots of jobs, tech as well as non-tech, during crunch times (as in David’s illustration of his law firm FedExing him work).

Errr, what? That makes no sense, the week isn’t two days long?

I fixed it. I made the mistake of replying at the end of a very long day.

Great show as usual.
Regarding Twitter use and nocivity, although I generally agree to what has been said I tend to be more lenient, mainly for two reasons :

Granted the addiction is hard to deal with and you need a strong discipline to overcome it. But, again, if you know what you are there for, then you can (to some extent) fight your way through the jungle… It is really like when you go to the mall : you go there to buy something specific but then you have all these ither shops and cafes that are tempting you constantly…

Nice episode. The mention of experimenting and dropping something for awhile really stuck with me.

I have my time spent on social media pretty well under control. My issue is all the good content to read and email newsletters to subscribe to, which by comparison to social media seems “good” because I’m learning and being an informed citizen, which makes it seem like a good and noble use of my time.

I have way too many articles saved and email newsletters coming in that I can’t keep up with, and spend too much time on. Especially with a wife, kids and career that are clearly higher priority.

This inspired me to cut a bunch out!

I was never able to succeed on the social media and have not monetized much except for chump change. I’m still trying to do youtube, twitter and pinterest. I have yet to find success.