I have a retina 4K late 2015 iMac (see attached pic) that has always been slow. I took it to the Genius Bar and they said it was fine—of course while still under warranty— Complete OS reinstall it and still slow. Slow, as in, anything you click brings up the pinwheel of death slow—even the most basic tasks. My Mac mini, late 2011(ish) with ssd is a speed demon in comparison. 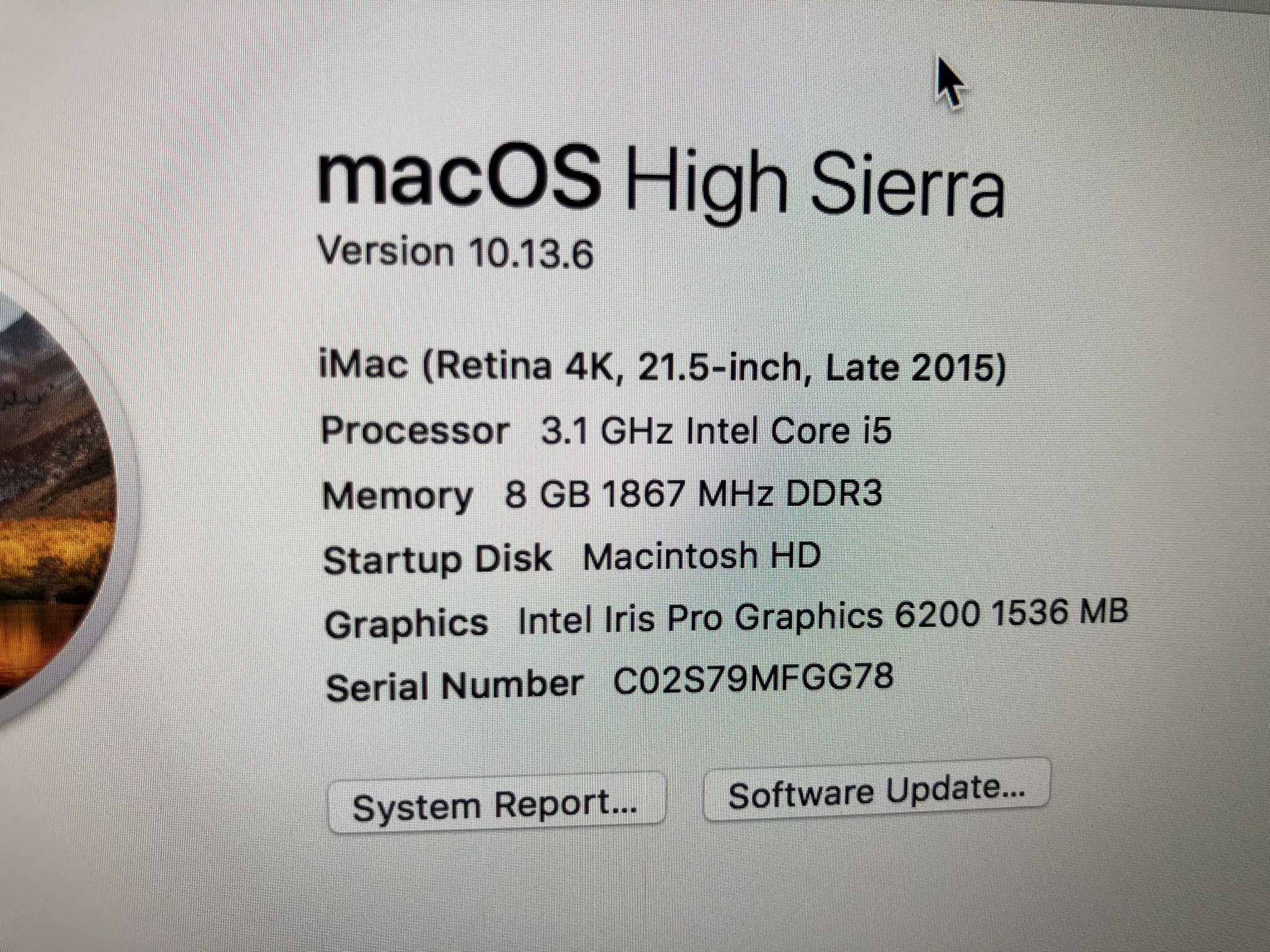 About to trade it in for pennies on the dollar but thought I would check here to see if there are any fixes I am missing— I absolutely love the screen and hate to see it go!

What kind of drive does it have - SSD, Fusion, or spinning HD?

I believe it has a spinning. Not fusion.

An SSD upgrade is typically a huge speed boost. I replaced the spinning disk in a 2008 MacBook a few years back for $150 and the performance gain was jaw dropping. Too bad it’s back to being slower than pinwheels, but it gave me the machine a few more years of life.

I have a late 2013 iMac with a spinning HD. Spinning beachballs - painfully slow. I purchased an external Lacie SSD (~256 GB) with thunderbolt. I use that drive as my startup drive and use the internal HD for documents, photos, etc. Made a huge difference.

I’m not surprised that an old machine with only 8Gb RAM is slow.

Tun Activity Monitor and click on the RAM tab and see how much you’re using (and by which apps).

A spinning drive also slows down systems, and if it’s more than 85% filled you absolutely will get slowdowns, constantly.