One app not mentioned is ChronoAgent when using ChronoSync.

I use ChronoSync to backup our Macs to our server mini, and from there to CrashPlan (at least for about another year) as a single computer backup to save a ton of money. The ChronoAgent add-on increases the performance of ChronoSync from taking several hours per daily backup to only 10 minutes. Highly recommended if you use ChronoSync on a regular basis. I just wish I bought it years ago.

I started using Arq Cloud after they released it end of 2018 and have had zero complaints. Falls into the “it just works” category for me which is crucial for backups because any friction will cause me to shut them down and lose protection. The setup, restore and app are very well thought out. They claim the fastest upload speed of any backup service, up to 1Gbps, which is great if you a connection that will support it. It’s worth a look imo.

I really appreciated this episode concerning backup strategies. Quick question…David often refers to buying backup drives from Amazon when they are on sale. How do you know when these sales take place? Thanks!

This is a good way to get notified when an item’s price drops on Amazon:

I know David says Amazon for Seagate drives but Costco also sells them, not sure if it’s big price difference.

One tip I’ve found if you are planning on upgrading to a new phone and you don’t need the betas (and didn’t accidentally end up on the .1) is to delete the beta profile before the phone comes out for the easiest new phone setup. If you’re on the beta it becomes a multi-step process of 1) setting up as a new phone 2) installing the beta profile on the new phone (hoping they didn’t release a new beta between when you last updated your old phone) 3) updating the new phone to the beta, and finally 4) setting up the phone from your iCloud or other backup. If anyone has a better way of doing this or knows if they no longer require you to be on the exact same iOS version please let me know!

I was inspired by this episode to create a Time Machine Server with a drive connected to my Mac Mini. My wife and I are both on Backblaze — we are now 3-2-1 on Time Machine as well. I used @ismh 's very helpful guide. I was getting an error that I couldn’t connect to the folder even though it was mounted. I realized that Stephen’s example had SMB sharing set which means you have to grant additional access under the options window. I am embarrassed to admit that there are 25 minutes of my life I can’t get back.

I really like Arq and it works well. Currently rebacking up my files as I moved computers though it should just be a situation of scanning is all. I think I’ll prioritize backups for initial backups then things will go smoother.

I agree that backups should be encrypted. But encrypting data requires extra planning. Are your passwords secure? Do you want others to be able to access your data if you are incapacitated? After you die?

When Zimmerman released PGP in the early 90’s I started encrypting my sensitive files and backed up my keys on floppy disk. Time passed, drives failed, data on floppy disk got corrupted. I lost access to those files, and learned from my mistakes.

But I occasionally wonder what is in those old archives?

If I could make a recommendation based on first-hand experience in having to deal with external HDDs (not SSDs), stay away from Seagate.

My company specializes in data management and, when necessary, data recovery.

Back in June, I did an a review of our last five years of received devices that we received for recovery. This recovery may have been due to physical failure of the hardware, firmware corruption on the drive, or filing system recovery.

All but two of the 361 failures were on consumer grade Seagate drives. I am not including any failures that were due to misuse or accidents, such as hurricane waters sweeping through a server room, since those are not the fault of the manufacture.

For those that are interested, the other two recoveries included a RW head failure on a nine-year-old hard drive from my Mac, which I think was a Toshiba, and a Drobo with firmware corruption across half of the drives.

Every quarter Backblaze posts failure rate stats for the consumer drives its used, broken down by brand size and model. From what I remember Toshiba historically has had the lowest failure rate but 6-8Tb consumer Seagate drives average only around a 1% failure rate. The most recent report, from August, reported on over 100,000 drives from Toshiba, HGST, and Seagate, although in the past they’ve also reported on Western Digital. (With so many drives used, and so much redundancy, they tend to buy on price.)

Yes - I use an encrypted disk image on the external drive.

Also if a company purchased drives at the same time in bulk bad batches happen.

Surprisingly, they generally haven’t seemed to have that happen, although with some exceptions. Back in one quarter in 2017 they had 15 out of (a mere) 170 Seagate ST4000DX000 drives fail, with an annualized failure rate of 35.88%. But out of a much larger 35,000-odd Seagate ST4000DM000 they had an annualized failure rate of 3.3% Both were 4Tb drives. Since then Seagate has gotten quite good, especially at higher storage capacities.

The other issue is that cases and connections can also make a difference in an external drive’s longevity. Even a great drive can go kablooey in a cheap case with weak connectors and/or a dodgy power supply.

Backblaze’s reports show that Toshiba and HGST mechanisms have generally had the lowest failure rates, but it’s difficult-to-impossible to find affordable external drives using these mechanisms, and I’ve generally been too lazy to buy my own cases and bare drives and make my own external units. So far I’ve had good experiences with 4Tb and 8Tb external Seagate drives, and I replace my externals every 4 years even if they’re performing well, because Backblaze stats on spinning drive lifespans. Probably about time I replace my externals as well. Honestly debating as currently have 2 3TB HD’s partitioned into 3 parts. They clone and update etc via CCC. I’m in between though also saving up and buying a Synology so maybe I’ll just wait.

I’ve had zero problems with this $160 8Tb external; bought the first one September 2016, the 2nd the next Spring. This link is to a Mac-format drive in white but I bought black Windows-format models and just used Disk Utility to reformat and partition. 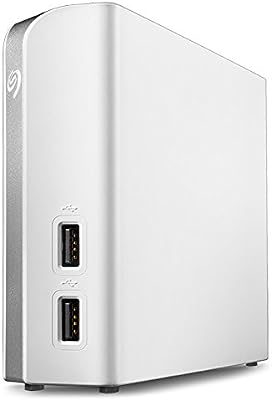 Silly(?) question: I have Backblaze backing up two of our computers - including my wife’s MBA.
Her previous laptop was stolen, which had me wondering – were that to happen again, what should be the first step in regards to Backblaze?

In other words, what would the implications be were the thief to go and (assuming he/she somehow managed to get access to her laptop) start systematically wiping/deleting files, as opposed to trying a clean-install etc.?
Unlikely, but figured I would ask regardless…