605: File Management in the Cloud Era

Files and folders have been with the Mac user since the very beginning, but today, file management has gotten a lot more complicated. This week, Stephen and David tackle the topics of tags, search, backups, cloud services and more.

Stephen’s battle with the historical record reminded me of CGP Grey’s most recent video: 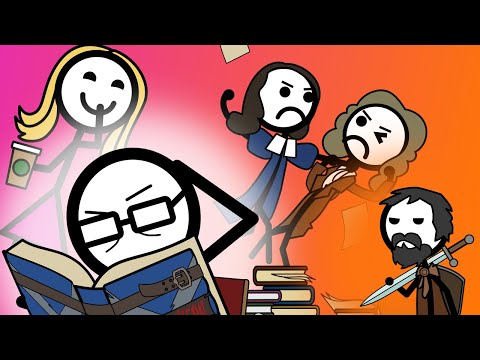 Just going to say, I feel like the guys really do the Files app on iPad a disservice. Actually, what it comes across as is a gross simplification of what they view as the problem because they don’t actually describe the problem. It’s not the first time that they and others have done this.

First, to set the tone for that small part of the discussion they go on about previous versions of the iPad and how it was far too simple. True, in previous years it WAS to simple. But we’re in 2021 and what should actually be discussed is the Files app as it exists today and perhaps how it will exist in coming weeks with the release of iPadOS 15. It’s not fair or accurate to spend that much time setting that tone.

Point by point with my responses below largely focused in the timeline after around 1:20:30. Most of these points were being made by David:

He summarizes by saying that the “iPad just does not have the toolset.” That’s it. He offers no actual detail and again, it really feels like David’s bias is based on past versions of the app and that it does not specifically have Hazel which seems to matter a lot to him.

My response on each of these…

I think the most important features missing from Files as of iPadOS 15 are Time Machine back-ups and Spotlight indexing of file content. Arguably more important for more users then niche apps like Hazel. I’ve posted before about this topic as I generally feel like it get’s overblown by Apple podcasters/bloggers who will focus on a missing few features, move goal posts, fail to mention when features are added that they previously complained about, etc.

Also, I’d add, the title of the show is “File management in the cloud” and with that in mind and to further point out bias, I would suggest that it should have at least been mentioned that the iPad has the option for built in cellular. I can go out with my LTE/5G iPad, automatically connected to the cloud with no worries about access to my files. No Mac can do that. I’d further suggest that this is a feature which is likely to be far more important to a larger group of users than something like Hazel.

A last point that isn’t so much a point about cloud but Files features for mobile workflows, I would point out that an iPad has a camera and Files has a built in option for scanning. It’s a very nice-to-have feature and again, arguably more useful to more people than Hazel is though I’ll admit that’s speculation!

I get that the show is called Mac Power users and not Apple Power Users but I do think that if the iPad and iPhone are going to be discussed that it should be with a more accurate and up-to-date understanding of the available features and, perhaps more importantly, an awareness of audience needs and practices that are likely different from the hosts.

@MacSparky has talked about how the tagging UI on iPadOS breaks down if you run a system with dozens or hundreds of tags.

I tend to agree with Denny on most of his points. The elephant in the room re: iOS Files app is Spotlight search within documents.

Also need to mention that your response is vague, similar to Denny’s complaint. How does tagging UI breakdown? I do use tags on both Mac and iPad, and they work equally well on both platforms. I only have about 50 tags, but no discernible difference in friction on either device.

Also need to mention that your response is vague, similar to Denny’s complaint. How does tagging UI breakdown? I do use tags on both Mac and iPad, and they work equally well on both platforms. I only have about 50 tags, but no discernible difference in friction on either device.

IIRC I believe the issues @MacSparky mentioned included stuff like the lack of search/autocomplete when applying tags in the Files app.

@Denny Thanks for the feedback. We’ll cover this in the next feedback show.

Thanks @MacSparky, looking forward to it!

This episode points out a misunderstanding of the reasoning and operation of “Duplicate” introduced in OS X Lion. It’s actually part of the document-centric approach, much like using a copy machine with physical media.

Duplicate is not the same as “Save As” and probably due to user outcry did sneak Save As back in as ⇧⌥⌘S. I wrote about it in 2011:

Lion applications don’t have a Save-As command (at least most don’t). Instead they have Duplicate. The duplicate behaves like a new, unnamed document, with no version history, and appears in a new window.

So Duplicate followed by Command-W replaces Save-As. It’s an extra step, but actually less likely to cause confusion. Quick, answer this question – when you do a Save-As is the document you can then continue to edit the original or the saved? Answer – it is the saved document. Probably not what you really want (I know it never was for me), and Duplicate gives you the choice to edit either or both documents moving forward.

There are some other approaches made available using Finder:

Other features added with Lion included Versions, Document Locking (automatic locking was a real pain, feature since removed), and the Auto-Save and Resume which I believe were mentioned in the podcast. It was also the intent, starting with Lion, that you no longer needed to close an app when finished, just close the window ( ⌘W instead of ⌘Q), much like you don’t normally close apps in iOS.

After listening to this weeks episode I realized I needed to clean up my file and folder structure. I for pay for iCloud storage which I don’t use all of so I planned on moving everything there but I am having an issue with enabling the desktop and documents permission. Every time I click on it and then click done it doesn’t actually save the settings. At this point I might just create a folder in iCloud and just use hazel to move files but I would like to figure this out. I have a M1 Mac mini. Anyone else experience this issue?

Good show for a PC and iPad guy. Hoping to join the MAC community soon. The discussion suggests a thorough understanding of iCloud Drive and Files App functionality. Hoping you can guide/advise on how best to solve the following problem.

When I conduct a work related site visit, I take photos and need to get them out of the PHOTOS app, over to a PC folder. First, I use a Shortcut Action to rename multiple photos and save them as JPGs in the FILES app. Then, files auto upload to iCloud.

Next, I need to synch from iCloud to the iCloud drive on my PC. The speed/frequency of this seems slow to me. It could take 60 minutes for the files to sync to the iCloud Drive on the PC. I haven’t figured out how to “force” a sync. @MacSparky seemed to suggest restarting my computer might force a sync. Not ideal but I’m game if it works because its frustrating to “see” the files on iCloud but not sync to the local iCloud drive. Alternatively, I’ve tried to SELECT multiples newly named photos on iCloud and DOWNLOAD them directly to my PC.

SELECTING multiple files from iCloud to download to my PC does NOT consistently download all the files. For example, I might attempt to download 50 newly named JPGs but some of them don’t download. The result? I have to manually compare both directories to figure out what didn’t download and manually download those that were skipped again. I’ve tried using different browsers with limited success (Firefox Internet Explorer and Edge show but no real improvement over the other).

Thanks in advance for your thoughts!

Low tech but bullet proof answer- use a cable to transfer the files in Explorer windows. I do this with iPhone photos to my work PC to write up site visit reports using a lightning cable.

Thanks for the timely response! The low tech answer would be fine if I could figure that out. Might be a function of having an older IPAD (Gen 3) but when I take this approach, I see lots of folders and couldn’t find the FILES APP folder(s). I see the PHOTOS folder, but since I rename the Photos and save them to the FILES App, I’m Kind of stuck.

Perhaps I can rename the photos and put them back in the photo app (I do have access to this folder using low tech approach). I would have to find a SHORTCUTs action to “move” files to the PHOTOs app destination. The Shortcuts App seems to mandate the files save to a directory path that starts with “…/shortcuts…”. which is in the FILES app.

I’ll give that a shot and report back if successful. meantime, thanks @AJXN

I would suggest not moving them on the iPad I.e. leaving the photos in the photos app so you can access it. I believe that’s the only folder a PC has access to automatically. Copy the files to your PC via lightning- then if you wanted move the iPad copy to the files app.
Hope that helps

This is very late, but I want to plug an app called Bailiff. I use it on my Mac mini server to force my entire iCloud folder to download locally, which is then backed up via Backblaze and Time Machine. It’s not perfect, but it works pretty well - my time machine backups do contain my entire iCloud Drive now.

You guys misunderstood how iCloud versions work. You don’t have to fumble with the web interface to revert a version.

iCloud versions are integrated with iCloud Drive on the Mac and available in the same Time Machine-like interface as local versions.

It is available in a bunch of document-based apps that supports versions like iWork apps, Preview, TextEdit, iA Writer, Affinity apps, Sketch, etc.