Things like team collaboration and project planning are a very real part of our work. David and Stephen talk about these topics and discuss some of their apps and services that can make working with others easier and more productive.

The segment on email was interesting. I work for a state university, so email is imperative for project planning in regard to putting in writing the status and context of projects (anything can be FOIAed). One saying you will hear regularly is, “if you ask me to do something, put it in writing.” So anything important that needs context for the possible broader public should be put in an email.

However, for the actual planning and organization part, I cannot rely solely on email.

Enjoyed the episode. We’re adopting ClickUp for one area at work, and it feels like a candidate to take over the world because of its combination of design, flexibility and accessibility/ease of use. Which is a bit of a bummer due to how heavily VC-cash-fueled it is (i.e. likely to be a different experience or cost a few years from now.)

Nice to see ClickUp get a mention - I’ve been playing around with it for the last few weeks, mainly for work stuff and quite like the flexibility of it.

One thing I wanted to ask though was around @MacSparky’s journalling webinar. Perhaps he/someone could just let me know whether a recording is likely to be sent out. I’m in the UK, and the time is just going to be around our meal time, but I’d love to get up speed on it as journaling is one of my focuses this year.

Really enjoyable episode. With my new job, the last four months have mostly felt like drinking from a firehose of information. As such, it’s caused me to reconsider how I pursue plan my work projects and balance that time with just learning the ins and outs of the job. Visual timeline-based planning tools have become really critical for me now more than ever and have overtaken lists of tasks as a means of GTD.

I’ve been trying out OmniPlan again and am encouraged by the ability to see dependencies laid out before me and how they relate to overall task completion.

I’ll give ClickUp a look-see as well, it sounds like an interesting take on project planning.

@MortimerJazz Go ahead and sign up for the webinar. A reply link will go out to everyone that signs up, even if you don’t make it.

All signed up and looking forward to it!

When it comes to dedicated project management software tools like MS:Project, consider using SmartSheets. It wasn’t mentioned in the show, but I’ve used it to manage some very large, very detailed project plans with complex dependencies across the plan. 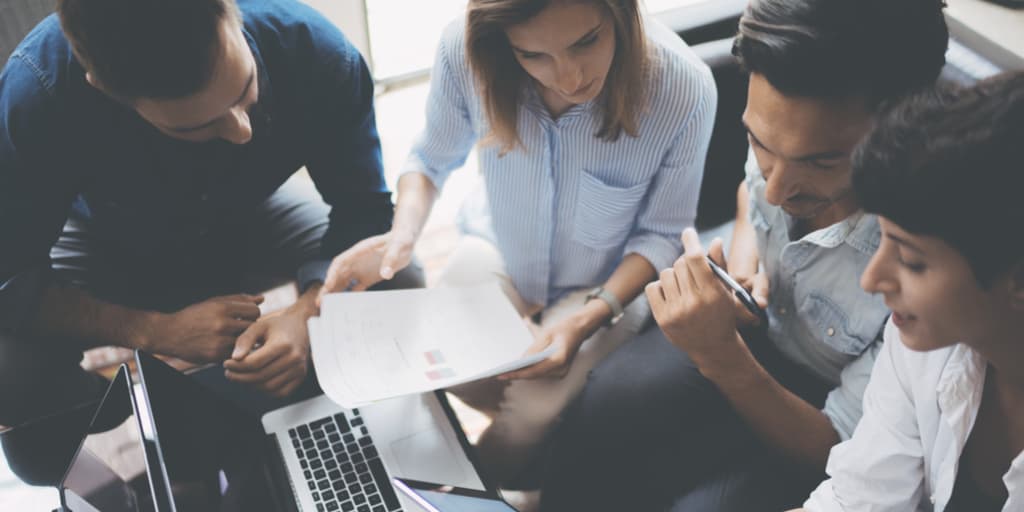 How to Choose A Microsoft Project Alternative

The way we work has changed dramatically since 1984, the year MS Project launched. Here are three keys to keep in mind when evaluating alternatives.

As an aside, I actually prefer MS:Project to Smartsheets for complex projects, but I don’t recommend MS:Project to anyone who isn’t willing to spend some time getting in and understand what is happening in the background as adjustments are made to the project plan. MS:Project looks (deceptively) easy to use - looks like you’re just editing cells in Excel - but in the background, you may have just over-ridden some resource constraints and now MS.Project is planning on your team working 48hours per day (each) - oops!

If you don’t have complex dependencies, I’d recommend staying with any of the taskboard/kanban tools mentioned in the show(Trello, MS:Planner, etc…). There are many out there, most of which have a lot of common features. I think that people will end up making their choices for these based on which one “feels” the best for them.

Lastly, if you have the luxury of having multiple project management tools available to you, my recommendation is always to use the simplest one that will get the job done.

For @MacSparky and any other Basecamp users.

How do you handle overall project management? By that I mean an overview of all active projects and their key data. Such as their start/end dates and status. There’s a lot we like about Basecamp, but it really suffers in this area. You can’t even filter or sort the project list on the home page.

The only solution I can think of is to use another tool outside of Basecamp. Anything from a spreadsheet to Trello boards could work, but it’s not an ideal solution.

I haven’t actually had a chance to use this yet, but Basecamp just released a feature that might help. You’ll need to go through and set start and end dates for existing projects. In this view I suppose status would have to be written in the project description.

Lineup is an amazing visual timeline showing you what was just worked on, what's in play now, and what's coming up next in your project.  The vertical green lin

Lineup is a big step in the right direction. I’ve been testing it out and will certainly use it if we go back to Basecamp. For me, the biggest issue, is the project list/grid. Pinning projects to the top is your only option. No sorting, no filters, no tags, nothing. I mentioned this on Twitter to Jason Fried and he said it’s something they’re working on. Didn’t say exactly what they’d be doing, but I believe he understands the issue.

I think a tagging system would work best for us. Basic status tags such as active, on hold, at risk, would make a huge difference.

If we do go back I think I’ll just build this with Notion or something similar. Connect it all with Zapier.

@MacSparky Have you explored the automations in Trello recently? Ever since they acquired Butler, it’s got some really powerful automations.

I’ve checked out every other Kanban option that I’ve seen and none of them have the automation features I rely on in Trello.

With plugins, you really can do a lot. They have Gantt chart plugins too.

Thanks @starrtech2000 … I’ll take another look.

As a PMP, ACP and SCM (how’s that for a bunch of TLAs), I enjoyed this episode.

I wanted to add to the conversation about retrospectives. Rather than waiting until the end of the project. it’s often valuable to do mini-retrospectives along the way. For example, in Agile project management, we do a retrospective at the end of every two-week sprint.

After years of doing this, I’ve come to see that our old way of waiting until the end meant that we did not have the opportunity to use the learnings on THIS project. When we do retrospectives more often, we can get into a positive cycle of continuous improvement.

Late listener here.
Jira is also a collaborative project management tool.
My feeling is that a lot of software companies use it.
It’s focus is on Kanban/sprint boards, but it also has Gantt charts.
And it is free for up to 10 users.

Unfortunately, Jira is very limited in Grant charts without purchasing a plug in.

They use roadmaps, which have some similarities, but not functional enough for a true Giant chart.

I find it wanting for project management, other than for software, without significant customization.

Ah, sorry. To me, the advanced roadmaps did look like gantt charts.