There’s a big difference between 64GB and 256GB.

Any wisdom on how to choose?

Do you already own an iPad? If so: what is its capacity and how much free space do you have available on it?

If you already own an iPad of 64 GB with a lot of free space, then you should be fine with the iPad Air 64 GB.

If you are not sure about a 64 GB version, it might be an idea to choose between two other options: 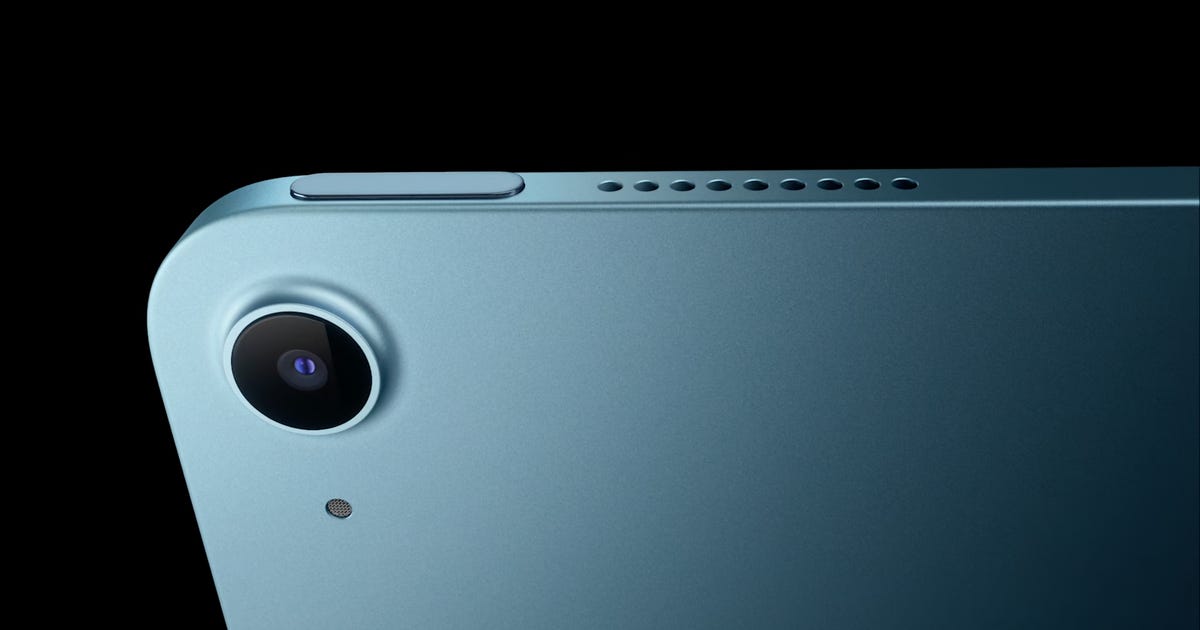 Apple's iPad Air and iPad Pro are similar, but here are the differences you should note.

Think about what you want to store on the iPad. Personally most of my media is stored on my phone or in iCloud (offline music, podcasts are run off my phone, photos is in iCloud, etc.). The only thing I really store on my iPad is offline movies and tv shows for flights, but that doesn’t get me close to the lower storage amount.

Maybe check the storage on your phone too as another data point.

Thank you - I don’t own one already (the missing item from my Apple bow!) so weighing up whether to pay more and get more, or if this will be overkill.

64 GB will be fine (!!!) as long as you are fine with iPadOS managing the storage (interesting read: Why am I having to re-download iCloud files on my iPad?).

My opinion would be to get either the iPad Air 64 GB or the iPad Pro 128 GB. If the iPad Air started with 128 GB, I would say: definitely get the Air given its entry price!

There are other considerations apart from the storage capacity. Do you prefer Touch ID (Air) or Face ID (Pro)?

Overall, when you look at the specs as they stand today, it seems like there should be just one 11-inch iPad Air or Pro. But that’s just the result of the tick-tock pattern of Apple’s iPad refresh cycle.

But, you could also prefer the Air:

I’ve had many emails lately from prospective iPad customers asking for advice when choosing between the new iPad Air and the 11″ iPad Pro. So here’s my breakdown. The M1 Processor Both devices use the same M1 chip. I expect that will...

It is not easy…

I chose 256GB for my 2020 iPad Pro mainly because I occasionally do some video editing. But I also need to keep a number of files and photos on the iPP when I travel “off the grid”. So I rarely have less than 50GB on my iPad.

How much data do you keep on your computer? And how much of that would you need to carry with you on an iPad? Would you want to keep some files on a portable drive that you could use with your iPad? Wish I could be more specific but there is no one size fits all solution.

Unless I’m using it for a very narrow purpose, I’ve always found 64GB to be a bit too limiting on the iPad. (I have many for home, family, and work.) 128GB would be more than enough, but alas. YMMV, of course, but 64GB slims down fast with the OS and a few apps installed. With 128 or 256 (for my purposes), I don’t have to think about storage management. With 64, I do have to keep an eye on it.

When I ordered my first pentium (I think it was called Computer2000? Those with the cow design.) a 1,6GB HDD was an option for the Harddrive, and I wanted to get this HDD, at a ridiculous extra price tag. The Lady on the phone did her best, to talk me into the next smaller one, a HDD around 750MB, with the argument, that I would never ever need that much space on a hard drive.
The system arrived with Win3.1 and a few month later I received a free copy of Win95.
And if I remember correctly, fully installed it was somewhere short of 400MB!
I was so glad, that I took the “large” HDD, as also almost every program that could be installed thereafter had an explosive gain in the needed DiskSpace.

So, said that, if the money is not the most important point for the decision I would go always with the larger option, especially if it is a big jump, like between 64GB and 256GB.

Worked with a 64GB iPad Mini 5 for a while. Did have to “manage” storage every now and then, but I made it work without too many headaches (aside from aggressive iCloud storage optimisation). Traded up for a Mini 6, 256GB— I have good habits ingrained from working with the Mini 5, but now I don’t have to count my storage pennies as much as I did.

My personal preference for storage for any iPad I use would be a minimum of 128GB, budget permitting. But as many responses in this thread suggest, I think it depends on how you’ll actually use your iPad. My Mini complements my 12.9 Pro (512GB), and sometimes serves as a primary device if I’m attending meetings, presenting, facilitating etc…

@Ulli I suspect you are referring to Gateway 2000 as the company; they had the well-know “cow boxes.” My first PC was a Gateway 2000, purchased in 1989. It was a 386SX processor (basically a brain-damaged 386 with a 32 bit internal data path and 16bit external data path). I had a 65MB hard drive, both 3.5 and 5.25 inch floppy drives. I don’t recall the RAM, probably 1 MB. Yes, MB. How times have changed. As USB did not exist and it did not have SCSI, there was no reasonable option to expand storage, which did not matter as Windows 3.0 had yet to be released, and text files tend to be small…

All that being said, I agree in general it’s best to maximum storage on modern Apple devices given limited to none are the options for later expansion. Especially given how long an iPad tends to last (if you are not into the yearly upgrade cycle), I would probably spend the extra money up front as a “just in case” if I could afford to do so. However, given my use case for an iPad I go with the 128 or 256GB; I have an 11” M1 iPad Pro right now and did not go higher on storage as I am unlikely to ever need that much space given my historical iPad usage.

The system arrived with Win3.1 and a few month later I received a free copy of Win95.
And if I remember correctly, fully installed it was somewhere short of 400MB!

. If I remember correctly Win 95 was about a 30MB install, that was a slightly minimised install, but a full install wasn’t much bigger. A 330MB HDD was massive at the time. Maybe it was a later version of Windows.

Win 95 was about a 30MB install, that was a slightly minimised install, but a full install wasn’t much bigger.

I remember it originally came on 13 floppy disks with an odd format.

Minimum Installationrequirement for Win95 was at the beginning 50MB.
I haven´t found an information how much it was, with all checks set, but I do remember very well, how lucky I was in the fall of 1995 to order the “big” HDD, cause the programs I had installed consumed a very large portion of it already, without any user data on it. And I remember, that I tought, that I was lucky not to go with the 7xxMB Version, because that HDD would have been full already.
So the total installation (Win, Office, Paint, the stuff a enthusiastic young “nerd” would need) must have been somewhere in that area.

Obviously, it depends on what you want to do - but as you don’t have an iPad yet, I would say go with the 256GB and you will on the safe side. It is a great piece of equipment, and you want to use it without having to worry about anything.

Trying to decide between the new iPad Mini or iPad Air and wondering how your experience has been so far?

Happy with it, and glad I have it, though I’ve been using the 12.9" M1 more than anything. That’s probably because I’m still working quite a bit more from home than I did pre-pandemic, but also the 12.9 is more “packable” than I initially gave it credit for…

Hard to advise on the purchasing decision you’re making— it really depends on what you’ll be using that iPad for. I really appreciate the size of the Mini and how easy it is in hand when in circumstances that benefit from a smaller but still functional tablet (meetings, facilitation, reading, travel etc). I’m lucky because I have the best of both worlds, but if I had to choose one for form factor (I don’t have the other specs at hand to compare), I might err towards that Air. Again: it really depends on how you see yourself using it.

it really depends on what you’ll be using that iPad for. I really appreciate the size of the Mini and how easy it is in hand when in circumstances that benefit from a smaller but still functional tablet (meetings, facilitation, reading, travel etc)

I agree. My current setup is MacBook Pro, iPad Pro 12.9” and iPhone mini. Since ‘downgrading’ to my 2012 iPhone I realized I love the size but its difficult to type on and read comfortably in addition to other random tasks. And the MBP is my goto productivity essential. In between I also realized that the iPad Pro is too bulky as a reader and light productivity tool.

I’m just wondering if I will still keep my Kindle Paperwhite if I get the mini.

Also the nice this is that iPad Mini has recently been upgraded after a long time so its probably not a bad time to pick it up. I grabbed it in the store recently and expected it to be somewhat thinner but its not bad as it is right now.

Thanks for the feedback - quite useful.