A History of ARM

Nice article on Ars Technica about the history of the ARM processor (with a guest appearance by the Apple Newton): 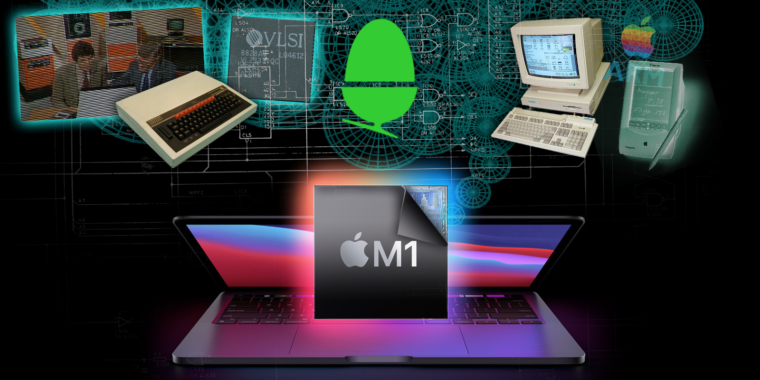 I remember using an Archimedes at School, also a relative worked at a school and brought one home for the summer holidays, so I got to use it a bit.

I remember the buzz about the Risc architecture, but at 11, it meant little to me.

Which goes to show that your exercise routine “run 20 times (around the block)” will always be done in shorter times and with less sweat than “run (20 times around the block)”. Primarily because, in the former case, you can stop after 19 times, claim that you lost count, and no one might be the wiser.

I bought an Archimedes - as I’d already been working for a couple of years. Lovely machine. Super fast for the late 1980’s.

I spent years listening to Apple nerds pontificating on the eventual rise of ARM into the Mac lineup, running the gamut from “it can’t be done” to “of course it’s inevitable” (and that range from just one person) and all the while ‘group thinking’ that ARM chips were wimpy chips designed for mobile.

Well I, like others here, had an ARM-powered desktop computer (with an operating system that still hasn’t been bested on the basics) long before the web made an appearance. I specifically remember the dramas of setting up a UUCP over SLIP connection using a 1200 baud modem to collect my email and newsgroup content, and the euphoria of discovering and implementing PPP instead. The Acorn Archimedes launched only 3 years after the Macintosh. And it was on par with the Intel PCs of the time way back then.