Adding a Two Minute Delay to All Outgoing Email in Mail.app

A few episodes ago on MPU, David mentioned that he has a 2 minute delay on all outgoing email on his Mac. I believe that he mentioned that Sanebox makes this possible. I really like this idea and I would like to implement it but I don’t think this one feature justifies a Sanebox subscription for me. I was wondering if their is a way to add this to Mail.app using a free or single time payment program or by scripting. I am also open to any suggestions for third party mail clients that offer this feature as well, but I have already looked at a few of them like Outlook and Spark which don’t offer this as an option.

I use Airmail which offers an “undo send” feature which can be set to 5 or 10 seconds. Not as good as 2 minutes - but plenty for my needs most of the time.

If memory serves, David referenced the Mail Act-On plugin for macOS Mail. Among other things, it adds the ability to delay sending of emails and to schedule them for a specific time.

I use both Mail Act-On and Mailbulter, another macOS Mail plugin. Mailbulter can also be used to delay and schedule emails.

Thanks for responding! Do you use Airmail on iOS as well? I have heard mixed reviews about it on iOS, mainly about stability.

I just signed up for mail butler, it looks like its undo send feature is exactly what I wanted, though the maximum amount of time that the message can be delayed by is only 1 minute. Thanks for your help!

@Lontronix - You can specify the delay by going to Preferences > MailButler > Delivery. I normally have this set to 10 seconds (which I think is the default). I tried increasing it two two minutes (120 seconds) and it seemed to work just fine.

That isn’t the screen I see, I have attached below what I see. Perhaps it’s because we are on different plans (I’m on essential)? I configured the delay send feature on the web and it had a drop down menu with a maximum of 2 minutes. 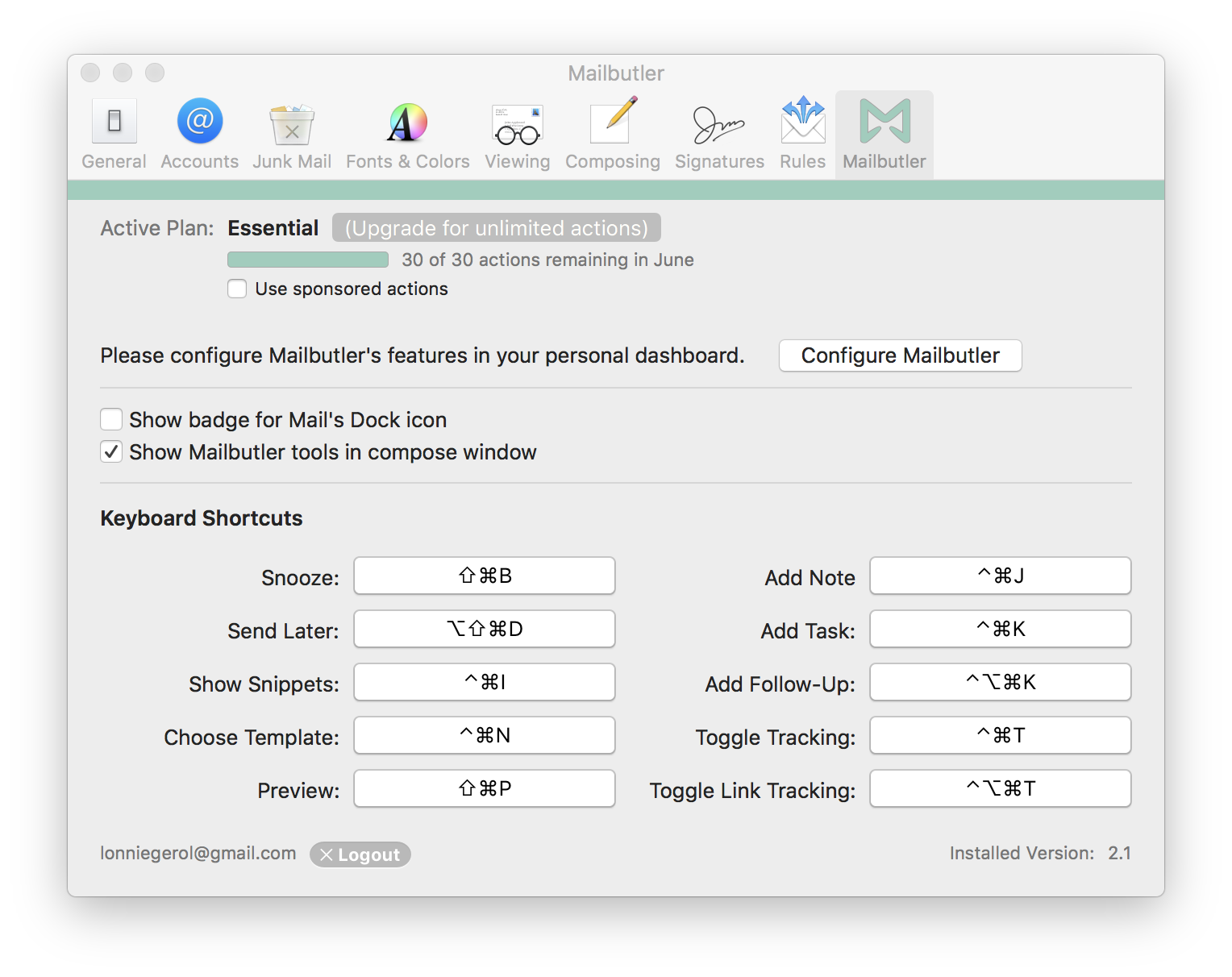 Interesting. I’m on the Business plan. If you haven’t already, you might want to check out Mailbulter’s Knowledge Base and contact their support team if you don’t find the answer you’re looking for.

ok, thanks for your help

Mail Act On is how I do this and more. I also like the email scheduling feature, but it does require that the Mac be on and email client open.

At one time it was unstable for me but it has been rock solid for me now. It has a great feature set.

if you’re looking for an ios app i recently started playing with “Spark” and it let’s you send email at a scheduled time.